Our government wastes so much that it has to borrow money! That money has to be paid back with interest via #inflation and/or passed on to the next generation. The more that government spends — even for a 'good' cause — the less #wealth its nation creates. #libertarian 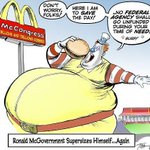 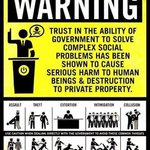 Tom Woods Death by Regulation The Truth About the #FDA

It was 3 years ago when Tom Woods was speaking to Mary Ruwart about the regulatory problems with the FDA. It's also a good podcast to listen to on this subject.

Speak up. Speak out. Make your voice be heard for liberty's sake. #libertarian #MLK @LPNational 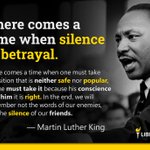 The best #defense is to have no enemies. #Trade turns enemies into friends by increasing the wealth of both nations. Trade with every nation may be the best “defense” of all! We must #EndTheWars before they end us. 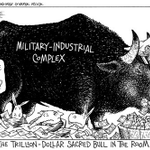 Governments, both federal and local, own over 40% of the U.S. land mass. Unfortunately, government’s stewardship over our land is gradually destroying it.

For example, the Bureau of Land Management controls an area almost twice the size of Texas, including nearly all of Alaska and Nevada. Much of this land is rented to ranchers for grazing cattle. Because ranchers are only renting the land, they have no incentive to take care of it. Not surprisingly, studies as early as 1925 indicated that cattle were twice as likely to die on public ranges and had half as many calves as animals grazing on private lands.

Obviously, owners make better environmental guardians than renters. If the government sold its acreage to private ranchers, the new owners would make sure that they grazed the land sustainably to maximize profit and yield.

Indeed, ownership of wildlife can literally save endangered species from extinction. Between 1979 and 1989, Kenya banned elephant hunting, yet the numbers of these noble beasts dropped from 65,000 to 19,000. In Zimbabwe, however, locals had property rights in the elephants in their area; parts could be legally “owned” and sold. Between 1979 and 1989, the number of elephants there increased from 30,000 to 43,000. By 2006, Zimbabwe had 84,000 elephants and their numbers are still increasing. Once they could make a profit from the elephants, the locals became fiercely protective of their “property.” Poachers didn’t have a chance!

Similarly, commercialization of the buffalo saved it from extinction. We never worry about cattle becoming extinct, because their status as valuable “property” encourages their propagation. The second step libertarians would take to protect the environment and save endangered species would be to encourage private ownership of both land and beast.

Environmentalists were once wary of private ownership, but now recognize that establishing the property rights of native people has become an effective strategy to save the rainforests. Do you remember the movie, Medicine Man, in which the scientist played by Sean Connery discovers a miracle drug in the rainforest ecology? Unfortunately, this life-saving compound is literally bulldozed under when the government turns the rainforest over to corporate interests. The natives that Connery lives with are driven from their forest home. Their homesteading rights are simply ignored by their own government!

Our own Native Americans were driven from their rightful lands as well. Similarly, our national forests are turned over to logging companies, just as the rainforests are. By 1985, the U.S. Forest Service had built 350,000 miles of logging roads with our tax dollars, outstripping our interstate highway system by a factor of 8! In the meantime, hiking trails declined by 30%. Clearly, our government serves special interest groups instead of protecting our environmental heritage.

Even our national parks are not immune from abuse. Yellowstone’s Park Service once encouraged employees to trap predators (e.g., wolves, fox, etc.) so that the hoofed mammals favored by visitors would flourish. Not surprisingly, the ecological balance was upset. The larger elk drove out the deer and sheep, trampled the riverbanks, and destroyed beaver habitat. Without the beavers, the water fowl, mink, otter, and trout were threatened. Without the trout or the shrubs and berries that once lined the riverbanks, grizzlies began to endanger park visitors in their search for food. As a result, park officials had to remove the bears and have started bringing back the wolves.

Wouldn’t we be better served if naturalist organizations, such as the Audubon Society or Nature Conservancy, took over the management of our precious parks? The Audubon Society’s Rainey Wildlife Sanctuary, partially supports itself with natural gas wells operated in an ecologically- sound manner. In addition to preserving the sensitive habitat, the Society shows how technology and ecology can co-exist peacefully and profitably.

Our environment is too precious to be a political football. We can best protect it and the environment by privatizing land, taking it away from the Bureau of Land Management and giving private rangers a financial incentive to take care of their property. Bureaucrats’, on the other hand, can only profit by turning it over to special interests who exploit it.