Americans were greeted with the head of the U.S. Centers for Disease Control and Prevention (CDC) admitting a ‘mistake’ in the pandemic re...

“Daily Covid statistics demanded the nation’s attention, yet these terrifying figures barely get a look in. A full and urgent government investigation is required immediately.” ⁦

Lockdown effects feared to be killing more people than Covid 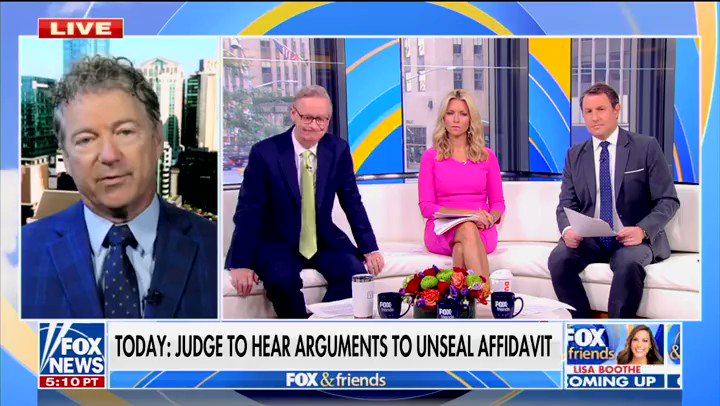 #Walensky calls for 'reset' of CDC as agency admits mistakes. Remember, this is the same agency managing VAERS monitoring vaccine safety & recommending EUA's for Covid shots for all ages.


America's Trust in Science Will Not Come From the CDC

How The Media Is Untruthful When Reporting On The Measles

It was in the late summer of 2018 when multiple media outlets like Fortune, USA Today, ABC, and CBS affiliates ran the coordinated story of a measles “outbreak” the US Centers for Disease Control and Prevention (CDC) was monitoring in 21 states. The headlines caused an unneeded public frenzy. The CDC was forced to release a statement asking all the media outlets to correct their untrue headlines by publicly announcing:

“There is NO current multi-state measles outbreak in US. Some recent media reports misinterpreted CDC data.”

When asked to correct their headlines to accurately reflect the truth and fall in alignment with the CDC’s public warnings about data misrepresentation, no media outlet changed their reporting.

Fast-forwarding to our current American media landscape in respect to measles reporting sees much of the same fear mongering and, what appears to be, purposely inaccurate reporting. The Sacramento Bee recently ran their headline titled Measles outbreak may spread to California, doctors are warned – with risk of deafness, autism. The public was presented with the idea that there exists a risk of autism from the measles. In their opening paragraph, the SacBee story warns, “…health experts say [measles] can cause deafness and autism in its survivors.” The article goes on to state “Measles has been proved to cause intellectual and neurodevelopmental disorders, including autism, in children.” How did the Sacramento Bee make their autism-measles connection?

To the average reader, the SacBee appears to cite valid data found by UC Davis researchers and the MIND Institute. However, when taking a deeper look at the article’s cited/linked research, it is clear that the SacBee completely and willfully misrepresented the MIND Institute’s data. In the MIND institute’s original data, the researchers were referring to rubella, not measles. The SacBee took it upon themselves to create a false narrative by deceptively replacing the word “rubella” with “measles” in the MIND Institute’s research in an example of highly dishonest and inaccurate reporting. The SacBee article’s author Cathie Anderson was contacted with the errors and asked to print a correction and retract the false information. In the latest version of the SacBee article the link to the MIND Institute document, which confirmed they were discussing rubella, was removed yet the remainder of the article and its misleading title remain.

After the existence of 26 measles cases, Washington Governor Jay Inslee declared a state of emergency on January 25. On the same day, Rep. Harris and sponsors conveniently introduced HB 1638. The bill is attempting to eliminate the personal and philosophical exemption to the MMR Vaccine. A recent HB 1638 hearing became the impetus which caused the community to appear in massive numbers to Washington’s House Health Care and Wellness Committee. No vote was taken and the bill is now scheduled for two executive sessions on February 13 [1:30 PM] and 15 {8:00 AM] in the House Committee on Health Care & Wellness. The bill’s sponsor, Rep. Paul Harris (R-Vancouver) was quoted by Washington’s local news KIRO 7 stating:

“To be quite frank, we should get rid of all personal exemptions for all vaccines,”

Author and Director of NYU’s graduate lawyering program, Mary Holland, JD, provided testimony to Washington representatives during the recent HB 1638 public hearing. In her testimony, she urged representatives present to “…not do things that are coercive and that would violate informed consent.” In an abusive and misleading article by Huffington Post calling those who showed up to protest the bill “conspiracy theorists,” Holland was referred to simply as anti-vaccine protester. The Huffington Post caps off its biased reporting with unsolicited medical advice telling readers to “vaccinate your kids.”

On November 29, 2018 Holland publicly predicted there would be an overhyped measles hysteria used to push through new, coercive vaccine bills. She warned at that time of “new assaults coming in 2019” in Washington, Maine, Oregon, New Jersey, New York and other states. Her predictions thus far have remained shockingly accurate.

In addition to having a bill already on the docket to require reporting to a vaccine tracking system and to allow optometrists to administer vaccines, an Oregon representative has just announced his intention to introduce a bill mirroring California’s SB277. Citing Washington’s measles cases, Oregon Rep. Mitch Greenlick (D-Portland) proposed a bill, which has not yet been finalized, aiming to eliminate all non-medical exemptions for vaccines the state requires for children attending schools and childcare facilities. Greenlick has publicly shamed parents for not vaccinating their kids while also comparing people who believe vaccines can cause harm to people who believe the earth is flat.

Author and co-founder of Generation Rescue J.B. Handley recently dismantled the media’s false narrative being spread that the vaccination rate for the MMR vaccine has fallen lately due to ‘irresponsible parents.’ Analyzing Oregon’s MMR vaccine coverage data, Handley showed evidence from the CDC clearly demonstrating that the MMR vaccination rate has held steady for more than 20 years with little variation. The same went for Washington when the CDC’s data was looked at.

Observing the current number of active vaccine bills across America, it appears that many states are signaling a 2019 offensive to eliminate the legislative barriers once protecting people from Big Pharma’s ‘unavoidable unsafe’ vaccine products.

Regarding the measles in America, the simple facts are that the virus has been a benign afterthought throughout much of recent history. Yet, as of November 30, 2018, there have been more than 92,844 reports of measles vaccine reactions, hospitalizations, injuries and deaths following measles vaccinations made to the federal Vaccine Adverse Events Reporting System (VAERS), including 455 related deaths, 6,902 hospitalizations, and 1,736 related disabilities. A U.S. Health and Human Services-funded study by Harvard Medical School tracked reporting to VAERS over a three-year period at Harvard Pilgrim Health Care involving 715,000 patients and found that “fewer than 1% of vaccine adverse events are reported.”

Find out what vaccine legislation is happening currently in your state using The National Vaccine Information Center’s Advocacy Portal database.

How The Media Is Untruthful When Reporting On The Measles