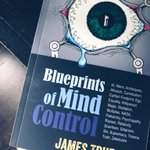 They didn’t fake a pandemic. They planned one and everybody came.

The War on Terror becomes the War on Health Information.

How to Bully a Billionaire

Corruption is the ultimate gladiator. People fill the coliseum to gawk at its audacity. I published my first premium post on Rokfin this morning. The post contains the only surviving copy of a stream labeled as bullying by YouTube and deals with a topic that I have also been censored on Patreon for reporting on. I don’t have a safe way of republishing this stream here but you can see it on Rokfin in my big hair days and everything. What’s funny is this video debunks QAnon and points the focus on one billionaire. But people want to believe in terrorism and the government gave them a domestic witch to hunt now that Osama Bin Laden is gone. A government that does not have a psychological program in place to guide the public mind would never survive the jungle of propaganda. A good Government does what it needs to survive.

It hurts a bit to see my work buried in what people are willing to believe. It hurts to understand there is no evil overlord controlling the narrative. If that were true you would never be shown the comments and downvotes right now on anything dealing with vaccines. The information war we fight has never been with our government. This is a war with ourselves and the truth we are capable of swallowing alone in the pale horse day. We believe all media because it hurts to much to imagine a world where we’d have to apply so many calories. That’s why people buy 19 boxcutters. That’s why people think pizza is a vegetable. We are victims to our own psychopathy.

The post How to Bully a Billionaire appeared first on James True.

How to Bully a Billionaire