*DIMON: STAGFLATION IS A `FAT TAIL RISK FOR A BANK'

Selloff in Treasuries has been faded via a large options trade targeting 10-year yields to drop near 2.50% ahead of June 24 expiry: BBG 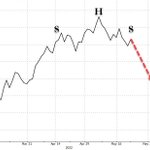 Where is the Fed Put (per BofA Fund Manager Survey) 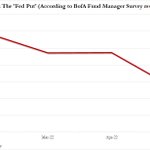 Earlier today, we reported that as part of the Amazon-catalyzed ongoing retail apocalypse, some 12,000 stores are expected to close. Well, make that 12,001 because according to Reuters, New York’s most iconic luxury department store, Barneys New York, is exploring options that include a bankruptcy filing, as the highly levered company struggles with high rents and changing consumer tastes.

The retailer known mostly for its expensive, high-end designer collections, is working with law firm Kirkland & Ellis LLP to prepare for a potential bankruptcy filing that could come in the coming weeks, a Reuters source said.

While Barneys has not yet made a final decision on whether or not to seek bankruptcy protection, and is weighing other possible solutions for addressing high rents that are straining its business, filing for bankruptcy would be the clearest option to restructure its leases.

The retailer’s flagship department store on Madison Avenue in Manhattan has weighed on its finances, a source said, while when asked for comment, the company merely noted blandly that “at Barneys New York, our customers remain our top priority and we are committed to providing them the excellent services, products, and experiences they have come to expect.”

“We continue to work closely with all of our business partners to achieve the goals we’ve set together and maximize value. To that end, our board and management are actively evaluating opportunities to strengthen our balance sheet and ensure the sustainable, long-term growth and success of our business,” the company added.

A Barneys bankruptcy would not only come at the odd time when the S&P is hitting all time highs, thus making the store’s target clients the richest they have ever been, but would also be one of the most high-profile victims of the downturn in retail, and underscore how even luxury department stores are not immune from fierce competition with online retail monopolist Amazon.com; it would join Sears, Toys “R” Us and Gymboree who recently capitulated when faced with the Jeff Bezos juggernaut.

In addition to its upscale department stores, Barneys operates Barneys Warehouse outlets, as well as Freds restaurants. In all, Barneys has 28 locations, and its most prominent non-NY locations include Beverly Hills, Chicago; Seattle; Boston; San Francisco and Las Vegas.

As Reuters adds, Barneys made its name in the 1930s by placing women dressed in barrels outside beer halls in New York City, where they would hand out matchbooks advertising the store, according to the retailer’s website. The store began as a destination for middle-class families. It transitioned to luxury fashion in the 1960s, and is now known for exclusive and very expensive apparel, if not expensive enough to keep the company afloat.

Earlier in 2019, the company sought to downsize its Madison avenue store in an effort to reduce the store’s $30 million annual rent cost, according to the New York Post. Barneys also opened started selling luxury cannabis products at its Beverly Hills outpost.