Idaho Mom Arrested for Children Playing in the Park 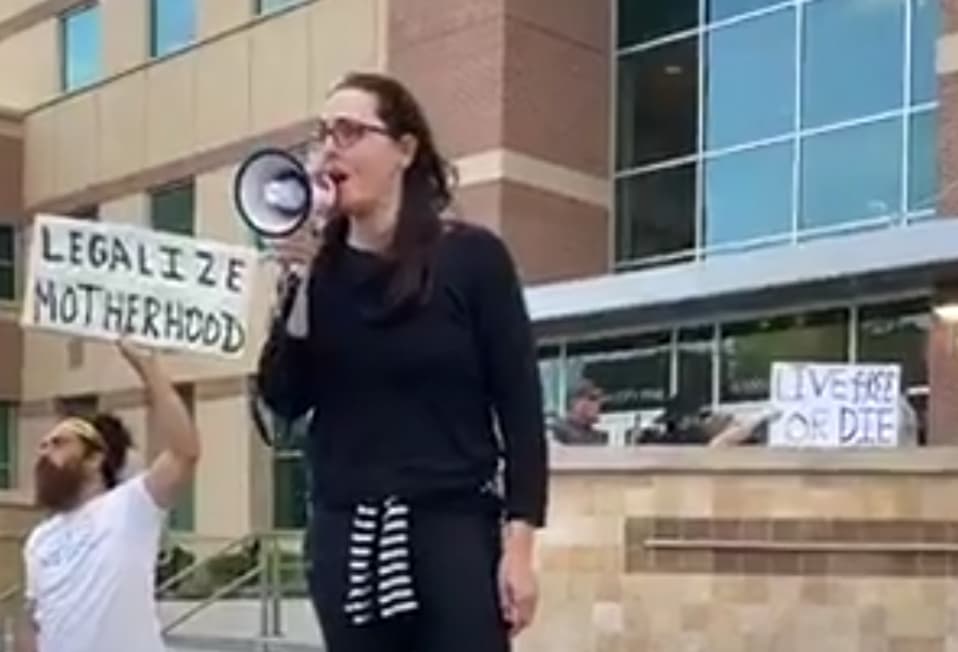 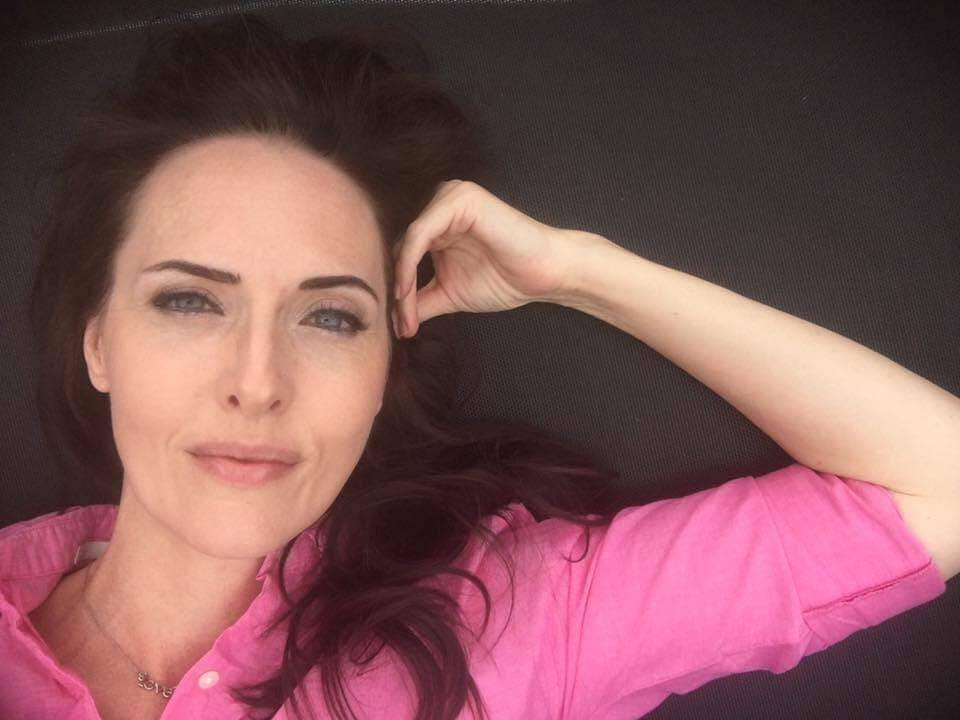 Sara Brady, a mother from Meridian, Idaho, was arrested on Tuesday, April 21st, after she joined a large group of parents in protesting Idaho’s Coronavirus Stay-At-Home order through a planned “Playdate Protest.”

The City of Meridian closed their playgrounds in March, in an effort to reduce the spread of COVID-19, because of fears that the virus may live on plastic surfaces (such as plastic slides) for several days.

Planned as a protest of Idaho’s Stay-at-Home order, through the Idaho Freedom Foundation and Health Freedom Idaho, a group of several dozen parents went to a closed playground at Kleiner Park in Meridian, Idaho, and “took back” the playground area – removing police tape that marked it as closed – so that their children could play.

Sara Brady was part of that group of parents. When told to leave the playground by an officer from the Meridian Police Department, Sara refused compliance and questioned authority to close the playground, citing her right to be in public spaces despite the statewide Stay-At-Home order issued by Idaho Governor Brad Little on March 25th.

After Sara was repeatedly told to go away from the playground, and she still refused, she was arrested and charged with misdemeanor trespassing. Sara was forced to leave her young children in the park with the other protestors, while the police booked her into the Ada County Jail in Boise. Miste Gardner-Karlfeldt from Health Freedom Idaho points out

“It was completely irresponsible for the police officer to arrest a mother without allowing her to first be sure that her children were taken care of. He showed callous disregard for the kids’ wellbeing.” 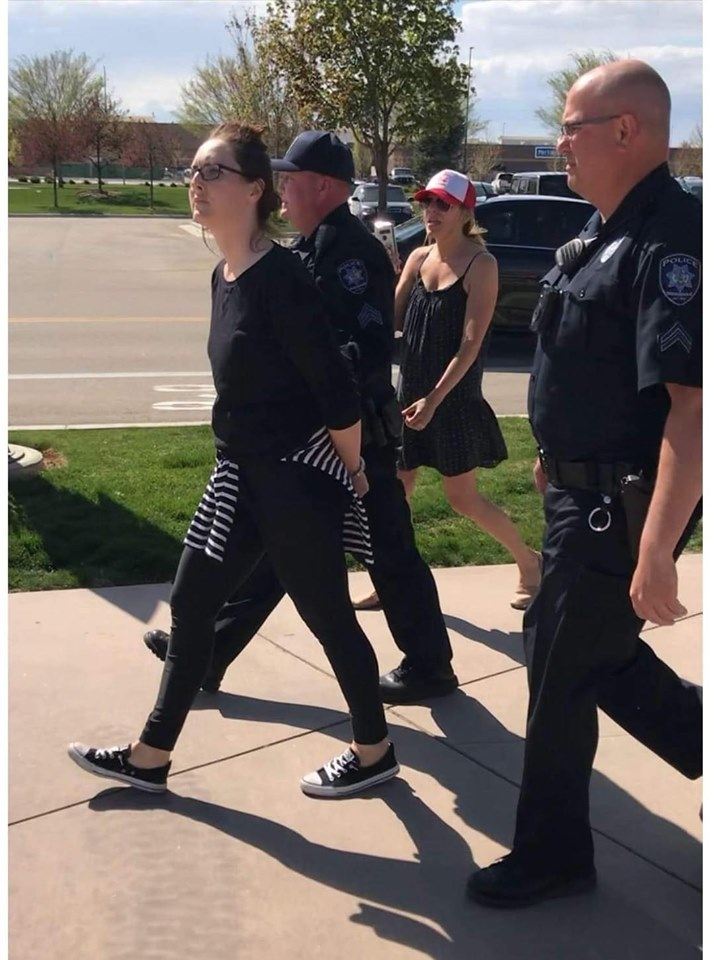 The protest and arrest were captured on Facebook Live and went viral on social media.

According to KTVB, the video received over 15,000 reactions and 13,000 shares on Facebook before being removed.

Despite her arrest, the Meridian Police Department failed to make an example out of Sara Brady. Another mother in attendance at the protest, Sara Fowble Rivera, told Health Impact News that soon after the arrest, an officer stood by as the city taped off the playground once again.

But the kids wanted to keep playing, and after about 10 minutes they went back to the playground without further interruption.

“The officers were standing at a distance and could see it. They never came back or approached us a second time.

Obviously trying to make an example out of one mom didn’t work! They left after that and we continued playing and visiting for another hour. I am disappointed in the officers for following orders, instead of the oath they took to uphold the Constitution.” 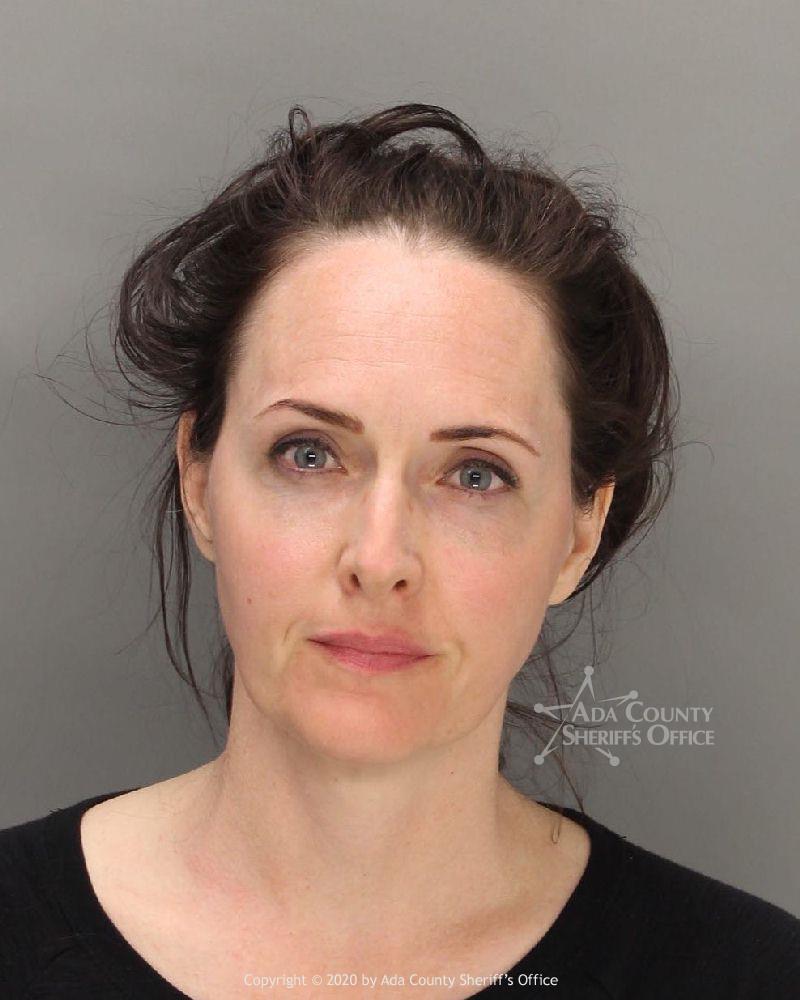 Numerous protests have occurred throughout Idaho, over the extended Stay at Home order given by Governor Brad Little with the largest protest held at the Idaho State Capitol demanding the order be lifted and gathered over a thousand people.

The Idaho Freedom Foundation has also confirmed through their website that numerous protests are still being organized in the coming weeks through a “Disobey Idaho” campaign, including an “all jobs are essential” rally in Eastern Idaho which will feature the Idaho Lt. Governor, Janice McGeachin, and several local mayors as keynote speakers.

Several businesses in Idaho have also declared they will reopen despite the order, including a gym in Middleton and a bar in Nampa.

Additional encounters with law enforcement over the Stay at Home order have occurred in Idaho, including a citation received by a Rathdrum mother of six, who had refused to shut down a private yard sale after being told repeatedly to do so because it was not considered an essential business.

However, no other arrests have been made, making Sara Brady’s arrest the first of its kind in the Gem State. Meridian Police said they made several attempts to help Sara adhere to the rules but ultimately were forced to arrest her for trespassing because she was non-compliant.

Other parents, who also do not agree with the Governor’s order, were quick to defend Sara’s actions. In an additional video of the arrest, parents can be heard shouting “let her go” and “if she’s one person’s mom, she’s all of our mom.”

Another gathering was staged later Tuesday night at Meridian City Hall to support Sara Brady. At least 100 people gathered to protest arrest, and the stay-at-home order, by blocking Meridian Road – a main street located in front of the city hall.

After Sara’s release, she attended the protest in person where she told the cheering crowd,

“When tyranny becomes law, rebellion becomes duty. And we have a duty to stand up to this tyranny or we are going to lose our republic.”

Coordinated with the protest in Meridian, another group of parents and citizens attempted to serve a People’s Petition for a Redress of Grievances at Governor Brad Little’s Home address, 20 miles away in Emmett, Idaho. 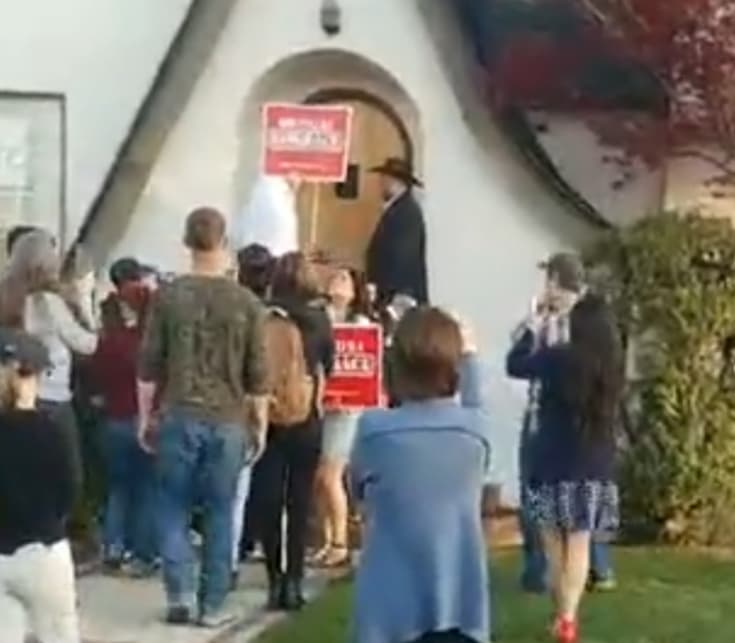 When no one answered the door, after knocking several times, notorious constitutional activist, Ammon Bundy, as well as others with the Brad Little is A Disgrace campaign, Idaho Freedom Foundation, and Health Freedom Idaho, taped the petition to the front door – several wondering out loud why the Governor himself was not at his home during his Stay-at-Home order. 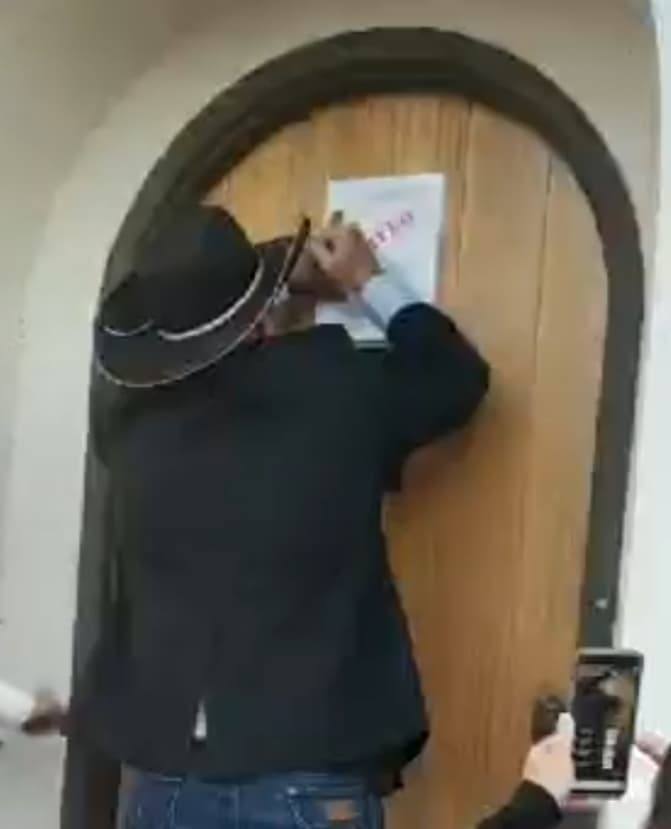 The petition, Sara’s arrest, and the Idaho protests are part of an ever growing uprising by conservative groups against governments across the country. Advocates of ending the stay-at-home orders say that these types of closures are unconstitutional and in violation of American Civil Liberties.

In Michigan, thousands of protestors attended what has been dubbed “Operation Gridlock” by blocking the streets with their vehicles surrounding the Capitol in downtown Lansing and chanting “Open up Michigan.”

A Raleigh, NC woman was arrested at a similar protest where the local law enforcement stated “Protesting is not an essential activity.”

Other parents have also been arrested for not following the local social distancing orders, including a New Jersey couple who were charged with five counts of endangering their minor children, and one count of disobeying the governor’s orders, after throwing a bat mitzvah party in their home.

While at the same time, children are being removed from the custody of essential workers. See:

Children Being Medically Kidnapped from Parents Due to Coronavirus Scare

Newborns are being separated from their mothers at birth due to Cornavirus fears. See:

Hospitals Separating Newborn Infants from Mothers due to Coronavirus Fears

And Family Courts are shut down, potentially causing the termination of parental rights for countless families. See:

Idaho has received special attention from the rest of the nation, as legislators, sheriffs, parents and other citizens repeatedly rally together, demanding liberty and freedom from what they view fearfully as oppression and tyranny through an illegally enforced order to stay at home.

Idaho legislators, sheriffs and mayors alike have objected to what they call an unconstitutional order by Governor Little. They are joined by many local sheriffs around the country in their objections to statewide stay at home orders. See:

Sara Brady tearfully shared her fears with the crowd at the Meridian City Hall protest after her arrest,

“It’s just been scary for me, watching what has been going on. Because we live in a country we have to turn over to our kids. My kids saw me get arrested today for just being a mom in a park. What kind of an America is this?”

“Do we want to live in an America like this?” she asked. “Our kids deserve better.”

She encouraged everyone to stand up, and said, “there is power when we join together” while vowing to fight the charges. Sara added,

Her speech was recorded live on Facebook by Health Freedom Idaho.

Idaho Mom Arrested for Children Playing in the Park