"No De-escalation": Moscow Expels 10 US Diplomats In Sanctions Retaliation https://www.zerohedge.com/political/no-de-escalation-moscow-expels-10-us-diplomats-sanctions-retaliation

The US plans to cap the number of personnel who can work at Chinese government-backed “propaganda” news outlets in the US, reported The Wall Street Journal, citing a senior Trump administration official on Monday afternoon.

The move comes after China expelled nine foreign reporters since 2013, and three last month over their reporting of the virus outbreak. 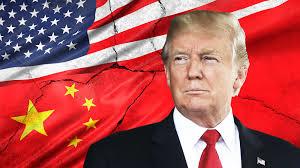 The senior official said caps on Chinese media outlets operating in the US could be reduced to 100, from 160. The four news outlets the US government will limit are Xinhua News Agency, China Radio International, China Global Television Network and China Daily — they must comply with the new limits by March 13.

Chinese state media outlets have freely operated in the US for years, and it now appears the Trump administration wants to limit their reporting in the US.

Trump officials are declaring the media outlets are not practitioners of journalism, but rather operatives of the Chinese communist government.