#PathogenicPriming
This report seals the deal. We nailed it in April, 2020.
(Pathogenic priming likely contributes to serious and critical illness and mortality in COVID-19 via autoimmunity )

Homology between human and viral proteins is an established factor in viral- or vaccine-induced autoimmunity. Failure of SARS and MERS vaccines in ani... 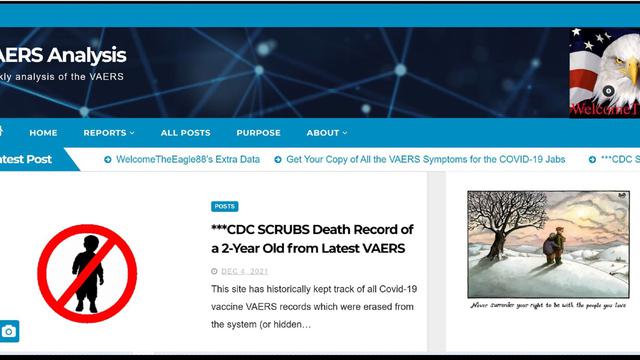 @RobertKennedyJr latest book: The Real Anthony Fauci, is incredibly well referenced; a must read by every person on earth interested in knowing that there is a war on humanity. @RepMTG @marcorubio @veryvirology @Covid19Critical @Covid19Crusher @lifebiomedguru @stephanieseneff

Welcome.
"Even if I were to be convinced that these vaccines worked safely, I could never get myself a vaccine passport and acquiesce in the technological segregation of society. I could never scan my code without shivering. I cannot participate in this. "

The Vaccine Moment, part one

On the days of revelation

Good for thee but not for me?

To invite your Public Health Officials, send them the link to this blog article.

In a stunning revelation and a hopeful lean toward objectivity, a study reviewed by The Independent (See:”Cervical cancer rises among young women as progress on deadly disease ‘stalls’) brings forward results that I and others have predicted and reported: a net increase in cervical cancer rates in populations vaccinated against HPV. I first wrote about HPV type replacement in an article that was picked up by a number of news outlets (notably Epoch Times). I also then wrote further about type replacement, and penned an article on LinkedIn highlighting the increase in cervical cancer data in the UK.

In 2018, I sued the Allegheny County Board of Health for what I considered – and still consider – to be a violation of PA’s Sunshine (Open Meetings) act. I won a ruling from a judge that the stated that ACBOH’s non-binding resolution was null and void ab initio. The case cost me about US$15K. I sued neither for damages nor for monetary settlement for harm (nearly being arrested for exercising my citizen’s right to ask for a clarification on procedure was distressing; see Video).

I also did not hold out for an admission of wrong-doing. I simply wanted to correct a requirment not met by the ACBOH to call for open comments prior to voting for a motion, and for not advertising the specific motion in its minutes prior to the meeting. [NB: As of this writing, The Board of Health is still distributing their recommendation on their website with an active link, in violation of the rules governing their communications to the Public]

Why would a person spend so much time, energy and effort on an issue to repair a technical glitch?

It wasn’t that I was nearly arrested for requesting a point-of-order clarification. It’s not that I have any personal vendetta against any on the ACBOH, although I, and others, do find Dr. Lee Harrison’s repeated failure to report conflicts of interest related to HPV vaccines concerning and a likely source of bias in his decision to initiate a mandate of the HPV Vaccine in Allegheny County.

I sued because Public Health Officials serve and answer to the Public – and the public understands the reality of HPV vaccine science than they do. Board of Health members merely rely on CDC’s position on vaccines, which is one-sided, and they should be expected to understand the full body of science and form their own positions on recommendations for which they vote for, or against.

Reliance on CDC is risky. In fact, CDC’s study on type replacement failed to detect type replacement specifically due to the manner in which the study was designed and how the data analysis was conducted. I found ample evidence of type replacement (a result that Mary Holland, Kim Mack Rosenberg, and Eileen Iiorio included in their book, “HPV Vaccine on Trial“).

Many other studies have detected type replacement, and I have cited them in my articles. Since recommendations on HPV vaccine never include consideration of the details of the studies conducted that fail to detect type replacement, studies that find explanations for variation in HPV types other than the vaccine are not relevant to whole-population vaccination recommendations.

The issue of type replacement was notably absent from the Cochane Collaboration’s report. I had of course contacted her when I found the error in their study, which I was tipped off to by IPAK Advisory Board member Josh Mazer. I showed CDC the results of my analysis showing unambiguous evidence of type replacement, and rather then act upon my concerns, they stopped replying to my emails.

The problem with Type Replacement is that evolution predicts that rarer, more lethal types of HPV not targeted by the vaccine will increase in prevalence as the vaccine clears the less lethal, more common HPV virus types from the population. Rarer viruses tend to be rare becausethey are more deadly – and they take their hosts out. The expected result is increased rates of more aggressive forms of cervical cancer in younger patients. I have predicted many times in many places that we will witness more aggressive cervical cancer in younger women – and that is precisely the finding of the new study reviewed by The Independent. Think “evolution of antibiotic resistance”; type replacement is “evolution of vaccine resistance” – the emergence of more persistent, aggressive and lethal forms of viruses due to the use of vaccines.

On February 1, 2020, IPAK, The Institute for Pure and Applied Knowledge will host a free webinar open to Public Health officials and concerned citizens from anywhere in the United States. We will review the evidence of not only type replacement, but also the clinical errors made in the administration of the vaccine, including MD’s informing vaccine recipients that they are now “protected from HPV”; how cancer experts have testified and the press has erroneously reported that the HPV vaccines represent a chance to “eradicate” HPV-related cervical cancer; and of course the evidence of the increase rate of frank cervical cancer attributable to over-confidence in the HPV vaccine and type replacement.

The CDC is entirely responsible for misleading the public on Type Replacement; they should have acted upon my communications. Given the obtuse nature of the analysis they conducted, it is difficult to see how they did not choose that particular means of analysis to obtain the specific, desired result. The results involved multiple hypothesis testing of shifts in individual types, not a test of overall type shifting between vaccine-targeted and non-targeted types (Figure above, CDC Data, IPAK Analysis).

Those who have represented smoking-related throat cancer as a cause for mandates or for increasing HPV vaccine uptake were working under the advisement of the cancer and public health “experts”.

These experts should have researched the research the CDC relied upon to reject type replacement and sought more information from non-CDC studies. But then, they likely do not understand evolutionary biology and ecology as well as they should to be able to predict that with about 223 other types of HPV, many of which are oncogenic, the HPV vaccine itself coupled with changes in personal behavior, medical screening and adherence to medical screening will cause type replacement.

Those conducting research on HPV efficacy relied on proxy outcomes of a reduction in HPV-Vaccine Targeted Type-Related CINs should have reported overall CIN differences and should not have cherry-picked the results that shed a favorable light on the HPV vaccines of CIN related to vaccine-targeted types only.

Perhaps everyone knows all of this, but no one is willing to hold Merck and Merck-funded researchers, including those at the CDC, accountable.

Therefore, IPAK will host a webinar at which the identities of the attendees are kept secret. This will be an informational webinar only. The evidence presented will be difficult for some to accept, especially those who we tried to warn, those who we had to sue to attempt to garner their attention on the seriousness of the issue with HPV vaccine safety science. We will review why adjusting for correlative outcomes (such as Chlamydia infection) or adjusting for lifestyle choice differences between those who seek and those who do not seek that vaccine does not rule out type replacement – and how important it is for Public Health Officials and medical doctors to communicate full details of attendant behavior-related risks to individuals who seek or accept the HPV vaccine.

To register for the webinar, go to this link or click on the “Register Now” button, below. We request a $1 donation to enable registration. Your information will be kept private by IPAK and never shared. Your affiliation information, however, would be appreciated so we can follow up with residents of your states so they know that SOMEONE in a role of Public Health Official has received and processed the evidence that the HPV vaccine program may be far worse than ineffective and that they can expect their Public Health Officials to base discussion and decisions on the balance of Science.

Let’s look at the actual and factual data according to the Cochrane review (detailed Danish article about the review here):
Precancer for all HPV-types except 16 and 18:
Vaccinated: 249 (out of 10,000 women)
“Unvaccinated: 198 (out of 10,000 women)
We actually see a large increase in precancer in women 25 to 45 years of age of 25.76% from “unvaccinated” to vaccinated in the 223 other HPV-types apart from just HPV-16 and HPV-18.
That’s a very significant increase, caused by the vaccines, which in no way can be explained away.
The HPV-vaccines clearly cause precancer and should be stopped immediately.
Besides the Cochrane reviews additional own words:
“Pregnancy outcomes: The effects on congenital abnormalities and stillbirths are uncertain”
“Increased risk of adverse pregnancy outcomes after HPV vaccination cannot be excluded”
Which we are seeing further signs of adverse consequences of in this very recent study published as late as Monday, June 11th 2018:
“A lowered probability of pregnancy in females in the USA aged 25-29 who received a human papillomavirus vaccine injection.”