When your own words come back to haunt you. Watch the specific definition he uses... SLIDES even.
#Fauci #GOF 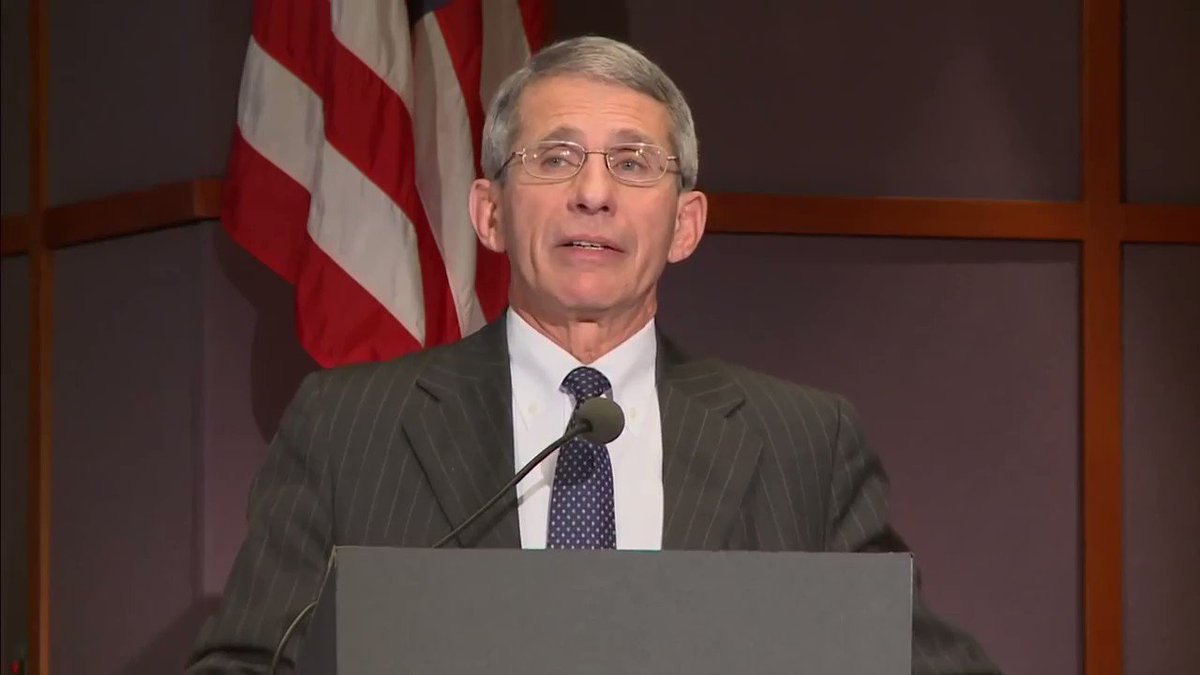 I Wonder If @RandPaul Or The DOJ Has Seen This?

"A Considerable Amount of The Activity" (Gain of Function)

Now that everyone admits this vaccine leaks like crazy, it's time to stop viewing it as "at least a half a loaf." When it comes to molecular biology and virology half-assed antibodies are often worse than nothing. Here's why https://www.theblaze.com/op-ed/horowitz-uk-report-raises-concerns-about-suboptimal-vaccine-antibodies-erasing-natural-immunity

Live in CA? Free seeds for your native landscaping. https://www.ucdavis.edu/curiosity/news/spreading-native-plant-seeds-future-urban-landscapes 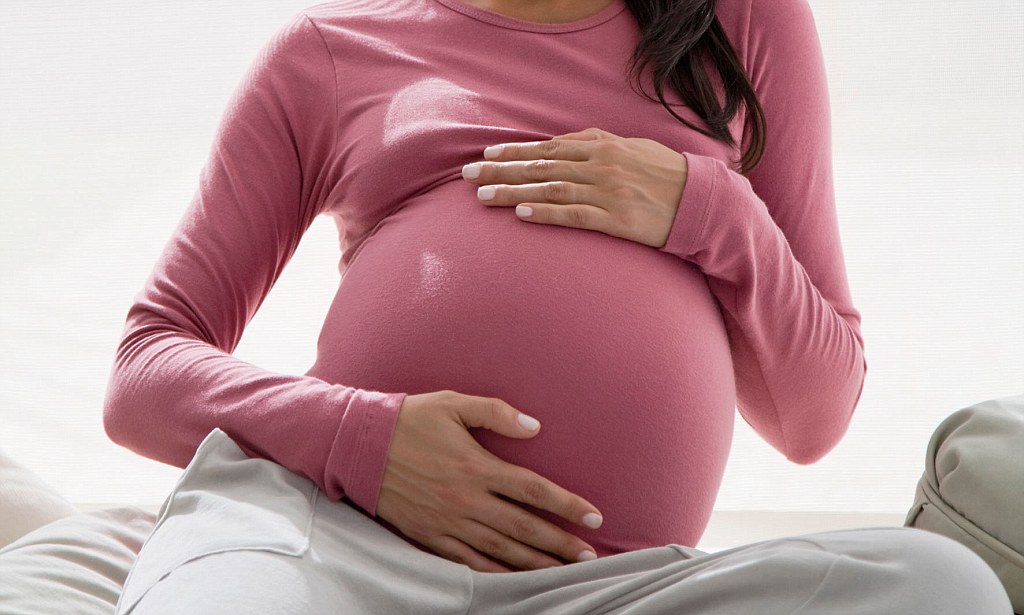 A landmark study found 93 per cent of blood samples taken from pregnant women and 80 per cent from umbilical cords tested positive for traces of the c...

It is with great displeasure that I find that I must address this letter to you regarding the University of Keele’s blatant disregard and disdain for academic freedom. I am referencing your decision to decline a $15,000 donation by Mr. Robert F. Kennedy, Jr. in support of the research program of Dr. Chris Exley, a fully tenured professor on the faculty at the University of Keele.

Are you aware that the contradictions in you text and verbiage in your declination letter is stunning example of what George Orwell called “Doublespeak”? First, let’s review how Orwell defined “Doublespeak”:

“In our time, political speech and writing are largely the defence of the indefensible … Thus political language has to consist largely of euphemism, question-begging and sheer cloudy vagueness … the great enemy of clear language is insincerity. Where there is a gap between one’s real and one’s declared aims, one turns as it were instinctively to long words and exhausted idioms…”

Now, let’s look at your communication to Mr. Kennedy in which you refused the $15,000 donation:

“Whilst the University is keen to support all its academics and wholly embraces freedom in the area of research, there are certain undeniably controversial research fields of which the University is tolerant: but for which accepting any large donations from prominent public figures or foundations could place the institution in an ethical and reputational predicament. To do so could generate potentially negative media coverage and may also jeopardise the strong relationships it holds with its existing major funders and partners.” (emphasis mine)

The University cannot “wholly embrace freedom in the area of research” and simultaneously be “tolerant” of certain research fields.

Further, by revealing that your decision was based on your expected loss of donation from “existing major funders and partners”, you have revealed that the University of Keele has a policy of biasing “allowed science” due to a serious conflict of interest, and thus it is abundantly clear that you have created a breach of ethics by your refusal of the donation.

It is neither Dr. Exley’s responsibility nor fault that the use of aluminum adjuvants in vaccines are “undeniably controversial“. Controversy exists as part of the dynamic ecosystem of any thriving scientific line of inquiry. Where would we be on the heliocentric model of the University were it not for controversy? Where would we be without controversy on evolution by natural descent with modification, co-authored by Sir Charles Darwin and Alfred Russell Wallace? Or on Plate Tectonics Theory by Alfred Wegener? Perhaps we should have never seen the development of quantum physics by causing Einstein’s inquiries into to go unfunded out of fear of a little scuffle with those who supported Newtonian physics as a sufficient model for understanding how the universe itself works? Do you yet see what you have done?

Dr. Exley consistent and cautious approach to the question of aluminum toxicity is worthy of consideration as a model for how to safely navigate the torrents of political malestrom while nevertheless persisting in the face of unbeatable odds of bias. As you should well know of Dr. Exley’s contributions, especially in the role of aluminum in neurodevelopmental and neurodegenerative diseases – have been fundamental, careful and thorough in their demonstrations that, counter to prior assumptions, aluminum enters the brain; that aluminum is increased in the brains of individuals with Alzheimer’s Disease, autism, and Parkinson’s disease.

Dr. Exley is far from alone in his inquiry. My research, quite independent of Dr. Exley’s, has found that official positions and policies on the safety of aluminum in vaccines is based on stratified unfounded and baseless assumptions, including the use of measurements of toxicity of aluminum from dietary forms in adult mice to assess the safety of injected forms of aluminum in infant humans. The requisite studies of injected doses of aluminum into mice to test hypotheses of autoimmunity, a role in developmental disorders and neurodegenerative disorders have never been conducted. This lack of information, however, only plays the role of sustained ignorance, which plays into the agenda of those aligned with the “other funding sources” your University might stand to lose should the University truly abide by Dr. Exley’s well-earned academic freedom. You should decline any source of funding that comes with such obvious marrionette strings attached.

Dr. Amigoni, what are we as a society to do when an industry that profits to the tune of over US$27 Billion from vaccines does so at the requirement of sustained ignorance and at the cost of the generation of knowledge of causal factors of chronic illness which, by my estimation, drive hundreds of millions into autoimmunity, hundreds of millions into neurodevelopmental disorders, billions into neurodegenerative disease and untold numbers of ordinary people into an early grave? Does not your refusal of the funds presume a specific outcome of future research? Your refusal therefore includes a tacit accusation of bias in Dr. Exley’s research conduct. You must therefore reconsider. Considering that aluminum is not a necessary component of vaccines, but is, instead, merely an additive that allows the use of less antigen – and the continuation of contracts to certain Pharmaceutical companies for specific vaccines with aluminum-based formulations – the question arises: is the continued use of aluminum in vaccines merely to the benefit of the few, at the great cost and loss of the many? University of Keele’s reputation should suffer as bastion of sustained and enforced ignorance and as one that has abject disdain for Science.

My own research shows that the US CDC’s pediatric vaccine schedule causes infants to suffer chronic whole-body toxicity due to aluminum injections 70% of their days during their first seven months of life, and one out of four days up to the age of 24 months. We achieved this by calculating the world’s first and to date only Pediatric Dose Limit for aluminum in vaccines. Yes, you read that correctly – a small, independent, publicly funded Institute is the only source of a Pediatric Dose Limit for aluminum injections. Not the US FDA, not the UK’s NHS. Why is that?

Science is for asking questions in a manner that allows us to come to know about the world and the Universe around us in an unbiased manner. Universities such as yours are supposed to be centers of academic freedom – free from political influences, free from influences from large monied entities whose income streams are 100% dependent on sustained ignorance.

I urge you to read the realities of the state of knowledge of aluminum toxicity in the reference materials I have provided below – some peer reviewed, some not – so that you might be better positioned to measure the impact of risk of your University’s loss of funding from sources that would, by your own admission, coerce you into adopting a non-scientific position on aluminum toxicity- against the risk of impact of aluminum in vaccines to public health. In keeping with long-standing traditions in Science, please be advised that none of us, not you, Dr. Exley, Mr. Kennedy, or anyone has a crytsal ball by which we can know the full translational impact of objective, unbiased research on aluminum. A ban on aluminum adjuvants? Perhaps. Use of existing tests for aluminum allergy prior to vaccination? Perhaps. Better understanding of our immune system and the development of safer vaccines? I hope so. Who are we to place limits on the boundary of knowledge? To do so requires massive hubris and a disdain for actual knowledge and new discoveries.

After you read the listed materials, please consider an invitation to be my guest the video Podcast, “Unbreaking Science” so you might describe Dr. Exley’s research program to a knowledge-hungry international audience eager to end the pandemic of autoimmunity, neurodevelopmental disorders, and neurodegenrative disorders caused, in part, by the toxic effects of aluminum on human tissues, organs and human beings. My invitiation is conditional on you reviewing the listed resources below in detail in preparation for an in-depth discussion on the issues these studies and reviews have raised.

I am free and independent of donor influence – and by my invitation, I am throwing University of Keele a lifeline. I am certain that together, you and I could help Chris raise significant funds to continue and expand his research program.

The Institute for Pure and Applied Knowledge

Lyons-Weiler, J and R. Ricketson. 2018. Reconsideration of the Immunotherapeutic Pediatric Safe Dose Levels of Aluminum. Journal of Trace Elements in Medicine and Biology 48:67-73.

G. Morris, B.K. Puri, R.E. Frye. The putative role of environmental aluminium in the development of chronic neuropathology in adults and children. How strong is the evidence and what could Be the mechanisms involved?Metab. Brain Dis., 32 (no.5) (2017), pp. 1335-1355.