Since the hard drive has been verified by FBI and numerous sources.

So maybe my friend Chris Wallace will apologize for attacking my hard earned reputation and calling me unreliable.

The hard-drive I turned over has revealed incriminating evidence of millions of dollars of financial crimes and equally significant evidence of endangerment of children.

To get this out I had to bear vicious attack by the Biden press goons.

But now it’s clear and let’s do RIGHT

So this is why he was raging on about moving out of the country if Trump wins. He’s been trying to get his lost name out there to promote his film. So predictable. Just think, he can use those funds to buy a first class ticket out of here in November.

Since when in medicine do we allow a patients illness to progress to the point where they need a ventilator to breathe to finally treat them?

The answer is never.

The NIH’s new “guidelines” is reckless, dangerous, and a violation of the Hippocratic oath.

This one is gold. The best one I've seen yet! 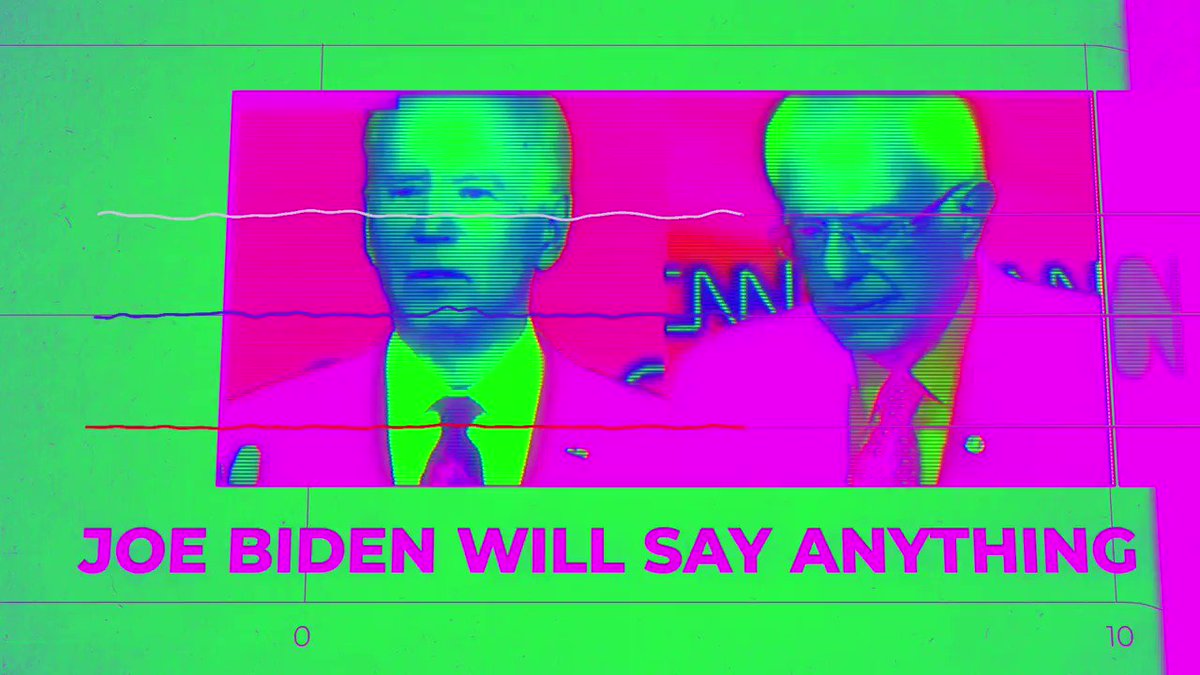 This is one
of the largest, potential global slush funds happening right in your backyard!
Through television, radio, products, events, and executive orders, the Global
Fund to Fight AIDS, Tuberculosis and Malaria is using their factions to prey on
the weak at heart to donate your hard-earned money to a cause that sounds
miraculous, while the government kicks in your taxpayer dollars as well. It is
a $25 billion a year industry. The Global Fund itself has generated over $45 billion,
ninety-five percent of which comes from taxpayer dollars through government
funding from multiple countries, with the U.S. being the largest contributor to
the tune of $18 billion thus far. Overall, the U.S. has contributed over $90
billion dollars to date through PEPFAR, to allegedly treat HIV in other
countries. But how much of this money is really going towards fighting AIDS and
who are they really helping – or hurting?

Chapter
one covered ‘The Timeline’ to
show a chronological development of just how this “Global Fund” and all of its
factions evolved. It is important to read
chapter
one to fully understand the big picture before reading this chapter, as
timing is everything, and three former U.S. presidents were involved in this.
Following chapters 2-4, containing all three of Bill Gate’s organizations
monopolizing this; The Global Fund, GAVI, and the Bill & Melinda Gates
Foundation, over 20 other NGOs will be in subsequent chapters.

Something to
consider while reviewing this extensive report: Those that are population
control advocates are also pro-abortion, push for education of women and equal
rights in the work place which reduces the birth rate, fight for LGBTQ and
transgender agendas which also reduces birth rates via sterilization through
hormones, and many have NGOs operating under the guise of “climate change”
while claiming the population needs to be reduced due to the impact on the
environment. That said, all of those in this report fight for the above as
well, and are population control con artists. It is a con, because
statistically speaking, the world has been in a major population growth crisis for quite some time, and the U.S. is
at an 80-year low. The United Nations is at the forefront of this push, and
coincidentally, the UNDP is the biggest recipient, administrator, and partner
to the Global Fund and GAVI.

Keeping all
of this in mind, many of these same folks are the ones in charge of the vaccine industry, health industry, and medicinal
distribution. Is it possible that those advocating for the reduction of
population could also be trying to save lives, especially those with AIDS? It’s
quite an oxymoron. Also consider their dire message that those with HIV/AIDS
need to take extra precautions not to spread it through sex, so billions of
condoms have been distributed via these NGOs, which again prevents birth and
reduces the population. Food for thought.

Whereas this book is focused primarily on the
scandals, money flow, supply chain issues, and misappropriation of funds, it’s
important to cover the elephant in the room – HIV itself, because it may very
well play a factor is this potential fraud.

Many people believe that HIV and AIDS are one
in the same, because it has been promoted as “HIV/AIDS” throughout time, to create
confusion. The reality is, Dr. Robert Gallo allegedly “discovered” the HIV
virus to be the “cause” of AIDS back in 1984 after virologist Luc Montagnier
sent him samples from Africa. Immediately following this discovery, he simultaneously
created a “blood test” for HIV as well. It is said that the HIV  virus causes AIDS, an “acquired
immunodeficiency syndrome.” It’s important to keep all of this in perspective
while reading this book.

1)  Where is the money coming from? Who is the money going to? How much of it is reaching the people it is allegedly supposed to be serving?

2) Is the product, in this case drugs, reaching those it is supposed to allegedly be saving?

3) A war flooded the streets of America and consumed South Africa circa 1987-2008, and the classical scientists lost the battle. Did Dr. Robert Gallo ever purify a retrovirus known as HIV? Dr. Peter Duesberg, who was part of the team who originally mapped retroviruses and co-discoverer of the first viral cancer gene, published in 1987, in a journal called Cancer Research, that HIV was not capable of causing AIDS, that it was harmless. Other scientists went further, and argued no virus was ever purified. According to Dr. Étienne de Harven, a pioneer of Electron Microscopy, they “invented molecular markers to compensate for missing viral particles,” and The Perth Group in Australia has long argued there is no proof of HIV’s existence. There are three camps with different beliefs on the HIV virus, and we will explore all of those at the conclusion of this book, but one thing is clear – the Gallo camp consists of the U.S. government, all major media sources, NGOs, and big pharma, and if you dare question this camp, they will try to burn yours to the ground.

Some of the answers to these three factors will become evident throughout this chapter and future chapters as we roll through the organizations involved. The conclusion of this book will lay out these three factors in detail. First, let’s get into the guts of it and see who’s been running the funds to this operation, and the scandals that have plagued it.

To continue reading this chapter and learn all about The Global Fund, become a Patron & get FULL ACCESS to the entire book!

All contribution levels receive access to each chapter of the book in PDF download, as well as updates, podcast, interviews, and video reports on numerous other topics. There are 25+ chapters rolling out over the next several months. It is going to blow the lid off this industry!

Download all chapters in pdf format, available in The Bookshop. >>

2-Minute preview of the Book.

The post Is AIDS U.S. $90B Taxpayer Dollars A Global Slush Fund? Chpt 2: The Global Fund appeared first on coreysdigs.com.