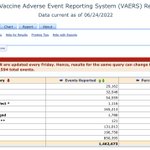 Avoid proper clinical trials by claiming Emergency Use Authorization. Then skip all future clinical trials of new vaxxeens based on the safety established in the original trials you never did. It’s science stupid. https://www.reuters.com/business/healthcare-pharmaceuticals/fda-will-not-require-clinical-trial-data-authorize-redesigned-covid-boosters-2022-06-30/ 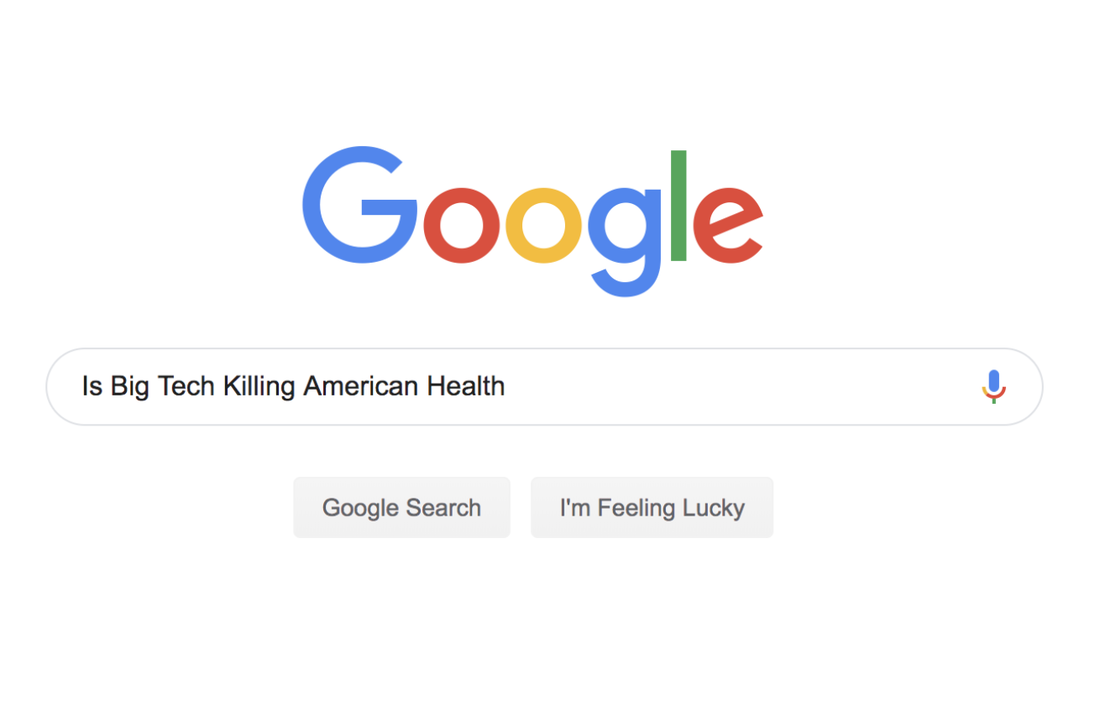 By Jefferey Jaxen
​
On Thursday, just moments away from showtime, the popular and controversial live-internet news show, The HighWire with Del Bigtree, hit a snag. On Facebook, where the show has nearly 150,000 followers, the social media platform refused to allow the new episode to go live, as it has each week for over two years. No prior warning was given by Facebook, and there has been no explanation since. Meanwhile, the show streamed live on all other platforms, including The HighWire’s own website, and in just a short time, has become one of the most watched episodes to date.
Bigtree opened the show by saying, “For some reason, Facebook is not letting our feed go live…this is the world we now live in. None of us ever thought this moment would come. We never thought in the United States of America there’d be people deciding what is allowed to be discussed, what they’re allowed to say, and certainly what’s allowed to be in the media.”
Did Facebook have an issue with HighWire guest, Carey Gillam, long-time reporter covering the agrochemical industry? Gillam recently learned through discovery documents that Monsanto had an “intelligence fusion center” aimed at her and others which actively attempted to disrupt their careers and honest reporting. Or maybe it was HighWire’s reporting of a new studypublished in JAMA Pediatrics, which found maternal fluoride exposure during pregnancy was associated with a 4.5 point decrease in IQ among boys. Perhaps it was the interview with Dr. Andrew Wakefield, where he laid out compelling evidence that a mutation of the measles virus caused by waning natural immunity and increased vaccination rates could be putting every American at risk for a new form of mutant measles.  Wakefield illustrated how industry is aware of this ticking time-bomb yet still pushes an increasingly ineffective MMR vaccine while blaming ‘anti-vaxxers’ as a scapegoat for outbreaks, even among the vaccinated.
Facebook, along with that of other Big Tech platforms, have made no secret about their overt moves towards increasing censorship. Using the excuse of ‘misinformation’ Amazon, Pinterest, Twitter, Facebook, YouTube, Mailchimp and other platforms have rushed through sweeping algorithmic changes to censor their users and in some cases, eliminate their accounts all together. To date, no explanation has been laid out to what exactly constitutes ‘misinformation’ and what makes someone an ‘anti-vaxxer’ worthy of online neutralization.
Yet, perhaps the largest modern-day display of information restriction has happened with little knowledge or pushback compliments of the calculated moves by Google. Where Big Tech enjoyed months of front page headlines hailing their moves to stop ‘misinformation,’ Google worked behind the scenes to dismantle the entire braintrust and virtual library of health information not approved by industry. The company’s algorithmic manipulation, along with changes to its autocomplete search engine results, has signaled a new era of technological censorship. While talk of Google’s political targeting has received mild coverage and government focus, little mainstream attention has been given to Google’s decimating attack on the alternative and natural health community.
A recent report by Joe Cohen, BS at selfhacked.com chronicles a small window into the far-reaching decimation Google has visited upon health sites. 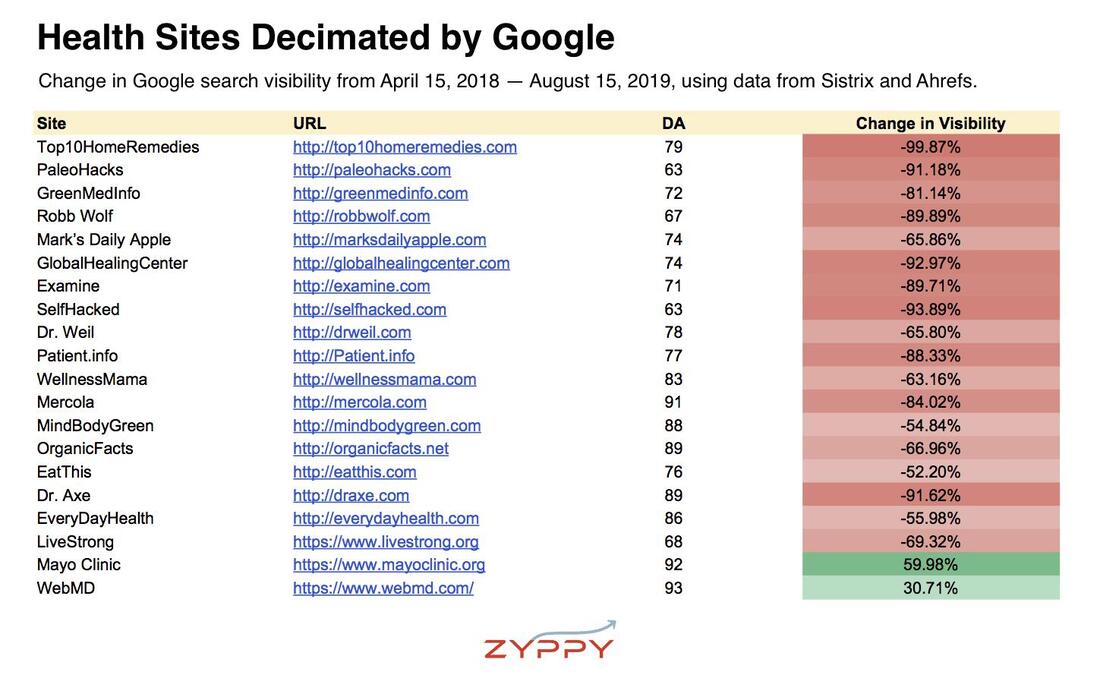 Google appears to also be censoring accurate reporting of drug side effect information.
​
For more than 40 years, The People’s Pharmacy has provided accurate, objective and trustworthy information about both over-the-counter drugs and prescription medications. However, Google’s algorithmic changes has cut The People’s Pharmacy’s traffic by over 50 percent.

Purporting to return only unbiased searches based on popularity, Google’s autocomplete tool regularly replaces searches for terms like ‘glyphosate’, ‘GMO’, ‘anti vaxxer’, ‘vaccines cause’ and others with suggestions that highly favor industry and have little to no popularity or relevance to the original entry. For example, Google is actively manipulating search suggestions to hide connections between Monsanto’s glyphosate-based herbicide Roundup product and cancer. Internal documents have shownthat Google considers searches about vaccine safety a “fringe” idea that gets downgraded algorithmically. Google’s autocomplete regularly returns false information surrounding searches for teams like supplements, vitamins, homeopathy, chiropractic, naturopathy and others. 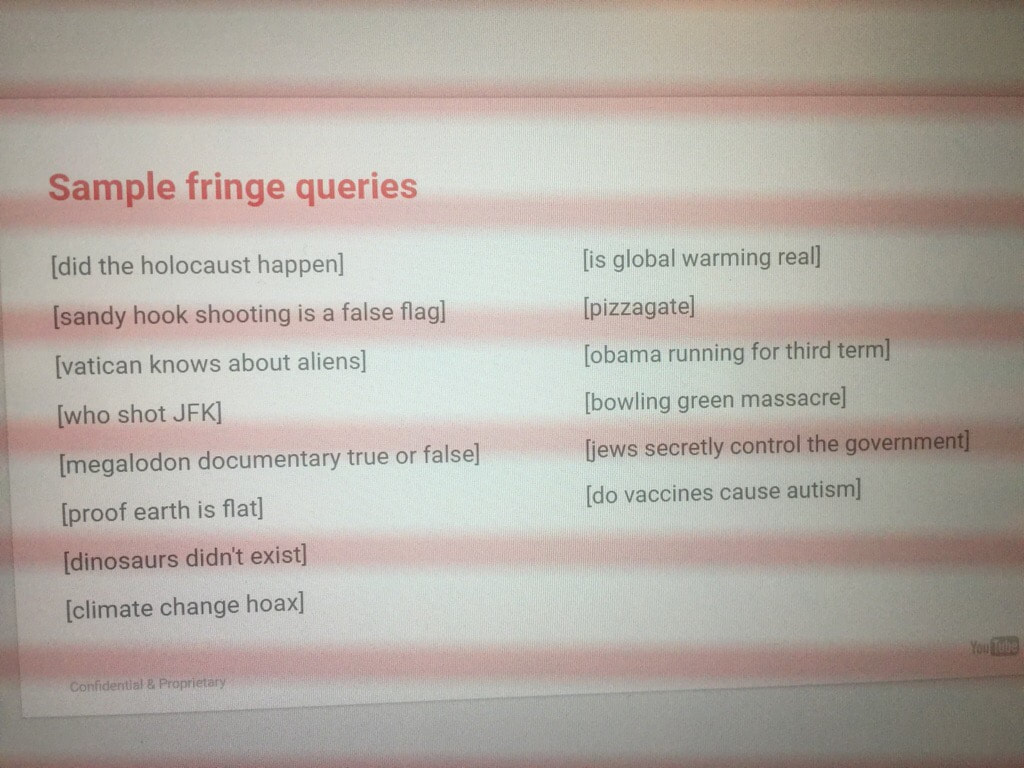 Several Google whistleblowers have come forward, exposing the environment behind the secretive steel curtain of the monopolistic tech company. One Google insider, Zack Vorhies, Senior Software Engineer at YouTube/Google, stated in an interview that, “The search prediction…is one of the main ways Google is aiming its AI weapons at our minds…They’re trying to tell you what the consensus is and they’re manufacturing that consensus.”

Another Google insider, Senior Google software engineer Greg Coppola recently spoke with  Fox News’ Tucker Carlson, “Any software launch reflects the outcome of thousands of human decisions.” Coppola continued by saying, “If you see a resulting end product that seems to encode a bias of one sort or another, there must’ve been that bias in the process that produced the end result.“
​
The Daily Caller recently reported that more than 20 states may be making a bipartisan effort to initiate an antitrust investigation into big tech companies.  Until then, using alternative search engines like DuckDuckGo and Startpage will limit how Google manipulates your data. Now more than ever, it is imperative to link to your favorite websites through direct email contact.