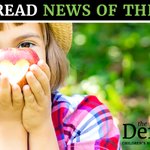 At a virtual press conference held by the @WHO officials warned there is no clear evidence #COVID19 #vaccines are effective at preventing asymptomatic infection + transmission. @NVICLoeDown #BigPharma #TheDefender 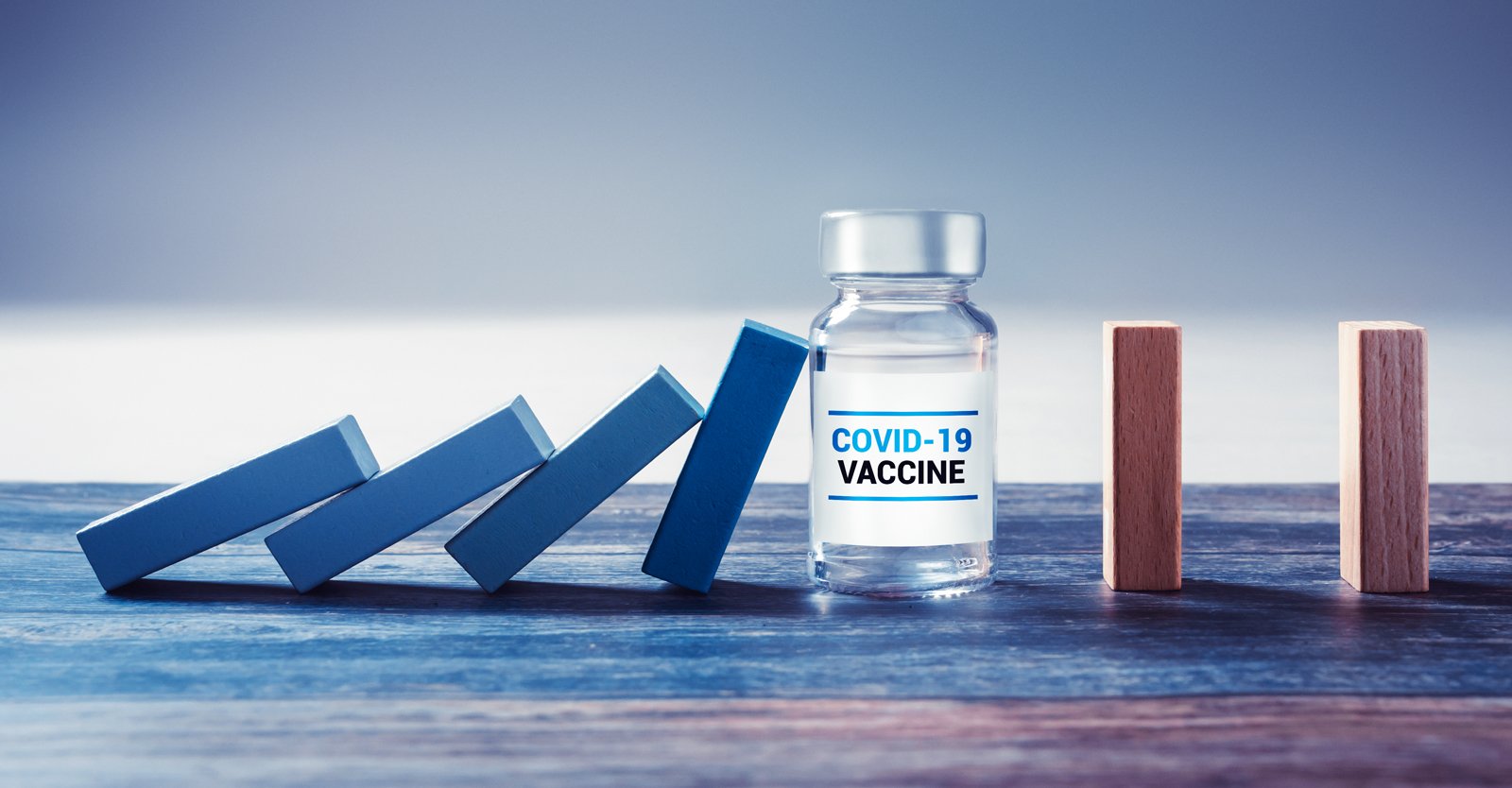 WHO: No Guarantee COVID Vaccines Will Prevent People From Being Infected • Children's Health Defense

At a virtual press conference held by the World Health Organization officials warned there is no clear evidence COVID-19 vaccines are effective at pre...

“They are doing a ton of harm and clearly being nefarious about it.” — Sarah Hoyle @xercessociety 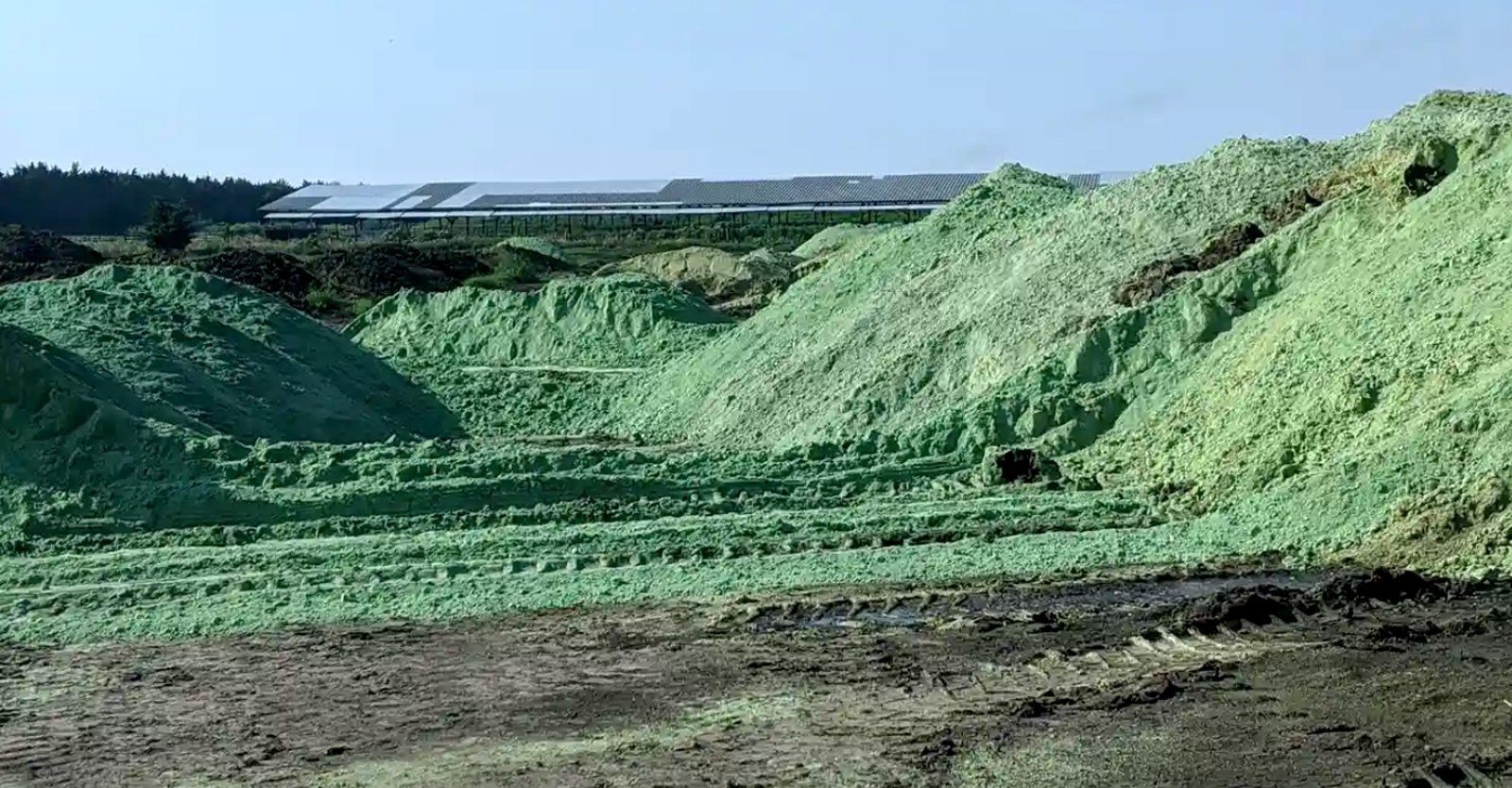 State officials recorded levels of neonicotinoids, a pesticide used to coat corn seed, at a staggering 427,000 parts per billion (ppb) in testing of o... 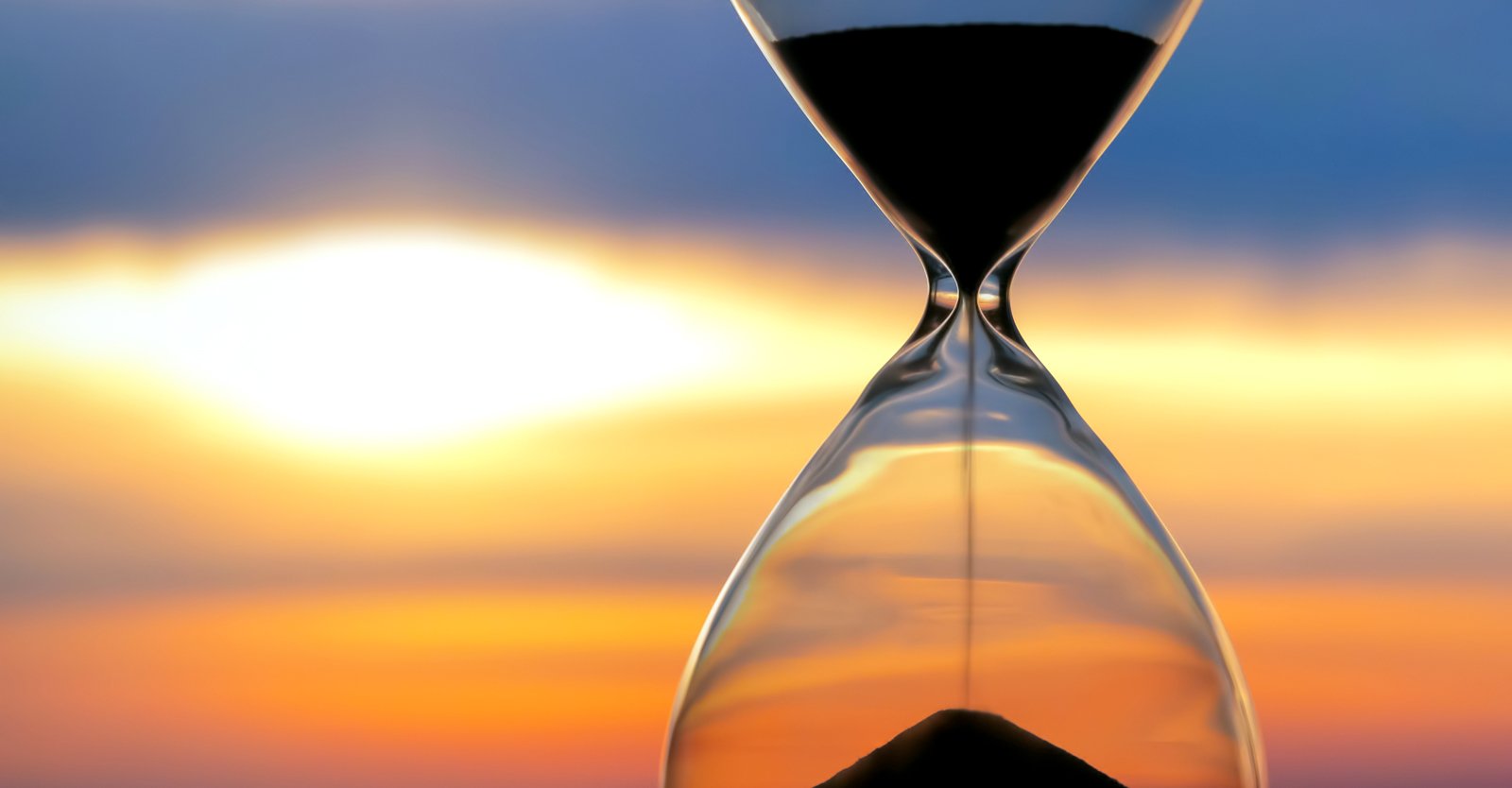 In a letter published in Frontiers in Conservation Science, 17 scientists called for a World War II-type mobilization to prevent a future of mass exti...

Multiple studies link #flu #vaccination to increased risk of #COVID. One analysis found that European countries with the highest COVID-19 death rates had high rates of flu vaccination — at least 50% — among the #elderly. @mercola #TheDefender 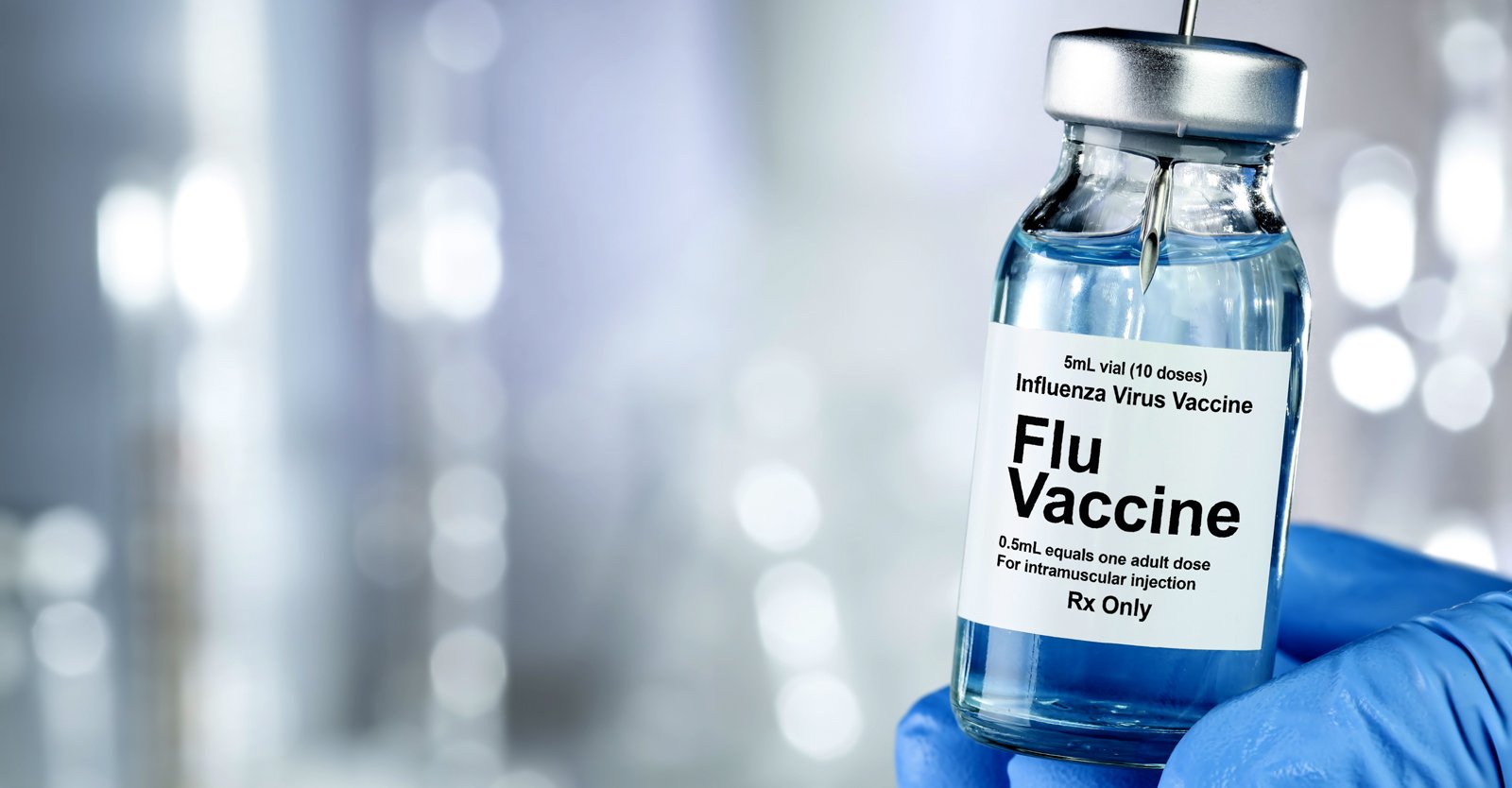 Multiple studies link flu vaccination to increased risk of COVID. One analysis found that European countries with the highest COVID-19 death rates had...

By Anne Dachel, Media Editor, Age of Autism and LossofBrainTrust.com

Below is just a fraction of recent mainstream media coverage that occurred in in December 2019 or January 2020, that clearly documents the decline of children’s health everywhere.

Incredibly, these reports are presented without explaining or even stating potential causes of such drastic changes being seen worldwide.

An analysis of more than 15,000 physical restraints in 100 Illinois school districts from August 2017 to early December 2018 found that about a quarter of the interventions began without any documented safety reason.

Records show that most of the children restrained had behavioral or intellectual disabilities.

…Together, districts used these restraints nearly 1,800 times in the 15-month period examined.

Thirteen-hundred of those floor restraints were in the prone position, and three districts accounted for the majority of those incidents.

Clydeview School, hit the headlines last March as North Lanarkshire Council called in police to investigate allegations of use of improper restraint involving an autistic child. This resulted in four members of staff being suspended.

In the report from this further inspection they wrote: “A number of children display challenging behaviour as a result of their social and emotional needs. This leads to a significant number of incidents of conflict and disruption to learning on a regular basis. Staff’s approaches to promoting positive behaviour are not having an impact on improving relationships and behaviour across the school.”

Between mid-August and early December this school year, there have been 26 incidents.

The numbers also show a trend: more than 60 percent of those assaults each year are routinely committed by special education students — those students who have learning disabilities or behavioral issues and are receiving special accommodations to help them.

Judd said there has been a breakdown in society and some parents are not holding their children accountable for their bad behavior.

Deputy Superintendent John Hill, who has worked in education for 25 years, said a number of factors have developed over the last few decades that has adversely impacted children.

“I often tell people that children have not changed; what has changed is our society, environment and popular culture.”

A new multi-million pound school is set to provide specialist education and support for children with autism in Sunderland.

Sunderland City Council’s cabinet member for Children, Learning and Skills, Councillor Louise Farthing, said: “Demand for school places for children with autism has been rising. These are children with complex, social, behavioural and emotional needs. As there is increasing demand for specialist school places, it is right and correct that they are met locally.

An extra £3.5 million [$4.5M US] will be made available for special educational needs and disability (SEND) children in Peterborough next year, a meeting has heard.

Under delegated powers, district council planning officers gave the green light for the construction of a school building for children with social, emotional and health needs on the grounds of Marpool Primary School.

Diane Dawson said she had struggled to get help for some pupils with special educational needs (SEN), and claimed the EA was in “meltdown”

of children with autism in Northern Ireland schools has almost trebled in a decade, according to the Department of Health.

A number of parents also spoke out about the problems they had getting appropriate help for their children with autism and other special needs.

The headteacher, of a special school in desperate need of expansion, is appealing for people to support the proposal to help children with the highest care needs in North Somerset.

Baytree School, in Locking Castle, is ‘bursting at the seams’ and in desperate need of expansion due to the growing demand for places.

The school needs to expand to enable it to accommodate the increasing number of children with highly complex physical needs and learning difficulties.

The number of families seeking help from their local council for children with special needs has surged nationwide and locally in the last year, but thousands are being denied assistance, an investigation has found.

Southington (CT) Observer: While school populations decline, special needs are on the rise

At a recent board of education meeting, a presentation of the school district’s special education programs highlighted the national trend of growing needs that the school system must meet for its students.

“Since 2013, the number of students with autism spectrum disorder has increased by 36.6%,” Kunkel said. She explained that in order to meet the needs of students, the school system must make sure it has appropriate program options and maintains quality control..

“The issues that students have to come to us with have become more complex over the years,” said Connellan. “The autism spectrum disorder is only one area, but it’s literally like 180 degrees—some students who are presented with the diagnosis of autism can be students who are incredibly bright and high achieving, and on the other end of that, we have students who can be completely nonverbal and have significant communication deficits, and everything in between.”

Officials in the nation’s capital are partnering to provide more students with the holistic help they need to succeed.

D.C. Mayor Muriel Bowser said she allocated $3 million toward the school-based expansion plan in its first year, and increased that to $9 million for the 2019-2020 school year. David Grosso, who chairs the D.C. Council’s Committee on Education, estimates the annual cost once the program expands to every school would increase to about $40 million, in order to provide direct services for students and sustain partnerships with community organizations and clinicians hired by Bazron’s department.

Students at Meigs Primary School have had a new addition at the school this year — Axel the Therapy Dog.

Wolfe explained the benefits of the program, including, to enhance children’s psychological development; to improve social skills and interactions; to increase self-esteem; to teach responsibility, compassion, and respect for other living things; to calm fears and relieve anxiety; to promote greater self-esteem and well-being and focused interaction with others; to stimulate memory and problem solving; to enhance reading; and to decrease anxiety and enable students to work through issues such as anger management, bullying tendencies and other psycho/social problems.

The number of students referred for mental health counseling services in the Mountain View-Los Altos High School District jumped significantly for the first quarter of the 2019-20 school year, with the bulk of the increase coming from Los Altos High School.

…The district spends more than $1.3 million each year to maintain an in-house team of therapists — paid for partially by outside organizations — which received more than 650 referrals from the start of the school year through October.

These days, students carry more than the weight of textbooks and Chromebooks in the backpacks on their shoulders. To address the growing need for mental and behavioral health needs of students, school systems have implemented resources and strategies to help students be more successful in the classroom.

“Our teachers are facing greater and greater challenges with today’s students than ever before, and one of those is certainly in the area of mental health,” Educational Service Unit 13 Administrator Andrew Dick said.

“I hope that we can generate a much greater awareness for people in the community, people in the school system, elected officials about the growing need and the challenges the schools face with students suffering from mental health,” he said.

Nearly $100 million in state funding is being used to improve security in Wisconsin schools. As part of this statewide initiative to stop violence in our schools, lawmakers have also focused on addressing mental health.

The district has been learning about Adverse Childhood Experiences as a way to understand how trauma affects children into adulthood. But Circle of Security explains how that turns into behaviors.

“You might have some students that are really quiet, really reserved, they don’t let people in, they shut people out. Sometimes those kids can’t hold that lid too long. So they explode,” Milliren said.

The mental health organization ‘National Alliance on Mental Illness‘ reports 10 percent of youth have a behavior or conduct disorder. While 20 percent of children ages 13 through 18 have or will have a serious mental illness. …

“When they’re saying 15% to 20% of all your children are going through mental health crises at one point or another, we can’t hire that many mental health professionals,” Culler said. “There aren’t that many available.” …

A Hainault school could welcome 16 extra pupils from next September if proposals to increase its capacity are approved.

It is proposed to increase the number of pupils at New Rush Hall School, in Fencepiece Road, from 64 to 80.

The places would be for pupils with SEMH needs and evenly split across the year groups.

“The proposal has been formed in response to a growing demand for such places in the local area,” the council consultation report says.

If a student’s mental health was considered right along with physical health, it would make a whole lot of sense.

That committee has focused efforts on student mental and emotional health, as well as legislative and funding options, to enhance school safety and security over the last nine months.

Maybe one day, Amoroso said, mental health check-ups will be as routine as the medical check-ups required for students to participate in sports—although many concerns remain to be worked out regarding privacy and confidentiality of such check-ups, she added.

With mental health both for adults and children becoming less of a taboo and more of a critical need, more schools around the country, including Billerica Public Schools, are making the move to support not only the educational needs of their pupils but their social/emotional health.

Melinda Cripps, director of the guidance department, has been working with McCann in-district since 2004 and echoed the sentiments of Geiser and McCann having seen the toll that mental health issues can take on students as young as 12 and 13.

When asked what she has seen most at the middle school level, she said, “anxiety and depression” are the most common.

“It something going on in most districts,” said Cripps. “It is something the whole country is looking at.”