Rabobank: What's The Point... Of No Return? https://www.zerohedge.com/markets/rabobank-whats-point-no-return 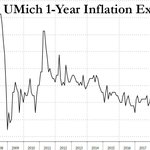 $544 Billion In Options Expire Today: Here's What Will Move https://www.zerohedge.com/markets/544-billion-options-expire-today-heres-what-will-move

JPM: Everyone Is Capitulating

One month ago when the S&P was trading in the mid-2,700’s after several dramatic drops and spikes, JPMorgan’s most popular quant, Marko Kolanovic, issued his latest bullish report in which he declared optimistically that “along with record levels of Q4 buyback activity, the pain trade, and therefore most likely outcome, will be the market going higher into year-end.“

Naturally, the implication of this assessment was that a majority of investors and mutual/hedge funds were positioned bearishly and/or were hedge for further declines, and that a short covering burst could rapidly shift sentiment back to bullish.

Fast-forwarding to today we can now confirm that Kolanovic was “just a little” off the mark, for two reasons: first, hedge fund performance has cratered since Kolanovic’s Nov 16 note, which considering the 300 points drop in the S&P over the same time period, implies that institutions were actually quite bullishly positioned and that the pain trade was, in fact, lower.

The second is a report from, drumroll, JPMorgan whose other strategist, Nikolaos Panigirtzoglou, author of the weekly Flows & Liquidity report wrote late on Friday that after the demolition markets suffered last month, there are “finally signs of capitulation” by institutional investors, to wit:

From a position point of view, markets have moved closer to capitulation especially with respect to institutional investors. This is not only shown by the hedge fund and balanced mutual fund betas…

… but also by the  speculative positions in US equity futures shown in Chart A16 in the Appendix.

When Panigirtzoglou extrapolates these speculative positions to capture the changes in the open interest over the past week – red dots on the chart below –  the JPM strategist gets a reading that is not far from the previous capitulation levels of January/February 2016.

Similarly, the short interest on the SPY US Equity – the biggest equity ETF used by institutional investors to express equity views – has jumped to high levels previously seen in the capitulation episode of January / February 2016.

Next, as we noted on Friday, momentum chasers and trend followers such as CTAs have finally flipped short for the first time in three years.

But more importantly, on JPM’s trend following signal framework shown in Table A6 in the Appendix, both the short- and long-term momentum signals for the S&P500 futures contract are now in deep negative territory…

… as momentum just suffered its worst month on record.

Finally, in addition to all the other instituional investor classes, JPM also found that real money investors’ previous equity  overweights have also been unwound, to wit:

The equity price declines over the past three months brought global equity indices 20% below their January peak. Following these declines, we find on our calculations that the universe of non-bank investors in the world are no longer OW equities. Figure 5 shows that non-bank investors, which invest in both bonds and equities, have an allocation to equities that is close to its historical average since 1999.

In other words, the sharp market drop over the past few months have erased both institutional and real money investors’ previous equity overweights – i.e., the pain trade was in fact higher one month ago when that other JPM quant was suggesting the opposite, reducing the need by these investors to actively sell equities from here; Therefore, to JPMorgan, a previous important headwind for equity markets is now significantly reduced.

Putting the above together, one month after it first called that the “pain trade is higher” JPM once again believes that signs of capitulation by institutional investors are “creating a window of opportunity for equity markets into Q1 assuming the Fed reacts to market stress and skips the March meeting.”

That said, and based on the underlying data, this particular JPM “bottom” call is far more accurate than the one made by Kolanovic one month ago (look no further than the markets for proof). Even so, unlike Kolanovic who keeps pounding the table on JPM’s “house view” year end price target of 3,100 on the S&P, Panigirtzoglou is far more bearish and writes that despite a possible near-term bounce, “beyond March, a much bigger dovish shift would be required by the Fed to unwind the inversion at the front end of the US yield curve” something we noted earlier. And, as the JPM strategist adds, “if such dovish shift does not materialize and the yield curve inversion fails to improve, any equity rally in Q1 would most likely be short-lived.“

In other words, BTFD… and then quickly dump it all.

JPM: Everyone Is Capitulating