Sunday Devotional: Are You Relying on God’s Love?

Are you relying upon God’s love today? 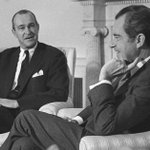 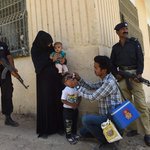 -HCQ associated with 66% reduction in death.

-“Our results are remarkably similar to those shown by Arshad et al. [Henry Ford study].”

Effectiveness of Hydroxychloroquine in COVID-19 disease: A done and dusted situation?

Arshad et al show evidence for a reduced mortality in Covid-19 patients taking hydroxychloroquine alone or with azithromycin in an observational study...

4-year-old Drake clings to his parents during a supervised visitation as Texas CPS refuses to let him go home. Image source.

We previously reported on the Medical Kidnapping of a 4-year-old boy in Texas who was being home-schooled. The parents were not happy about the treatment he was receiving from his doctors, and after filing a complaint against the doctors, CPS removed the boy from his home.

Earlier this week, the parents appeared in court in the hopes of being able to finally bring their son home. But as The Texas Home School Coalition Association (THSC) reports, that did not happen, and the judge issued a gag order in an attempt to force them to stop talking to the media.

After 2 weeks of separation from their 4-year-old son, today the Pardo family attended a hearing in the 422 District Court of Kaufman County with hopes of being reunited. Turnout in support of the Pardos was so high that the hearing had to be moved to a larger courtroom to accommodate the crowd.

At the conclusion of the hearing, Judge Chitty issued a gag order forbidding any of the parties in the case from discussing the details of the case publicly. While the gag order does not apply specifically to THSC, we will share further information with great care in order to protect the family.

The Pardo case underscores the 2019 Texas legislative session in which action on behalf of families was negligible. The 86th Texas Legislature chose not to protect innocent families and children from suffering horrific trauma from CPS overreach. A select few legislators prioritized the protection of Texas families but were unable to get the reforms through among their disinterested peers.

In addition to fighting in court for the Pardo family, THSC is already working on legislative reforms for 2021 to protect families from suffering the same abusive treatment by CPS in the future.

Stay tuned. The fight is not over. THSC and the homeschool community are standing with the Pardos as the battle continues. It will take a statewide effort to reunite the Pardo family and then get reforms passed to prevent other families from suffering the same abuses.

Just a few days earlier, the parents had attended a meeting with Children’s Medical Center Dallas and Texas CPS, where it became evident that there was no medical emergency that warranted CPS taking the child out of his home.

Children’s Medical Center Dallas (Children’s) requested a meeting with the Pardo family and Child Protective Services (CPS) earlier this week. This request followed Children’s recent filing of a CPS report which resulted in the illegal removal of Drake Pardo (age four). The Pardo family was joined at the meeting by their legal and advocacy teams, including THSC.

This devastation occurred after CPS collected a court order to take the medically fragile four-year-old from his family, claiming an “emergency” situation although the investigation had already been ongoing for nearly two weeks at the time. The family videoed the horrible incident.

CPS has attempted to justify the removal based on an affidavit provided to them by Dr. Dakil, who works for Children’s. The affidavit expressed “concern” over whether the Pardo family’s detailing of Drake’s medical symptoms was accurate.

At the meeting, CPS dug in their heels on the illegal removal of Drake despite Children’s Medical Center Dallas stating that the hospital’s concerns had been resolved after the conversation with Drake’s parents. At the June 27 meeting, two things became impossibly clear:

Dr. Dakil, who originally reported the Pardo family to CPS, expressed two main concerns during the meeting. First, that she doubted the family’s claim that Drake has autism. Upon seeing a copy of Drake’s letter of diagnosis from another doctor, Dr. Dakil stated that she had “not seen” the record before. Second, Dr. Dakil expressed doubt about Drake’s need for a feeding tube, which Children’s had originally suggested. The Pardo family and the doctors came to an agreement on the best future course of action for Drake.

The family and the doctors concluded that clear communication between the parties would resolve the medical concerns raised by Children’s. Although she had originally filed the CPS report, Dr. Dakil also stated that she was surprised when CPS decided to remove Drake from his home.

Upon hearing that both the family and the doctors had agreed on the best solution for Drake’s medical care, CPS still refused to return Drake. It is now impossibly clear that no emergency ever existed to justify taking Drake. When forced to choose between admitting an egregious error or keeping Drake away from his family to save face, CPS chose the latter.

The family is currently scheduled to appear in court on July 2, at which point the judge will hopefully require Drake be returned to his family.

The hearing will take place at 9 a.m. in the 422nd District Court, located at 100 W. Mulberry, Kaufman, TX 75142. THSC is encouraging families to attend the hearing in support of Drake and the Pardos.

The Pardo family is in a battle to save Drake from the very state agency built to protect him. Apparently, CPS was unable to stomach the prospect of admitting an error and preferred instead to save face at the expense of a four-year-old boy and his family.

Read about the Pardos and how you can support them at The Texas Home School Coalition Association.