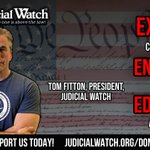 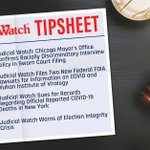 From The Daily Wire: A judge in Chicago has ordered the city’s mayor, Democrat Lori Lightfoot, to make a declaration about a policy where she wo...

"When Judicial Watch filed a lawsuit seeking access to Schiff’s secretive subpoenas to determine whether he had abused the power of his office, he fought to keep them sealed despite his repeated commitments to transparency," Judicial Watch in @FoxNews.READ: From Fox News: Spare me the pious lecture and phony indignation. Rep. Adam Schiff, D-Calif., threw an apoplectic fit the other day when he learned tha... 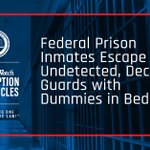 Judicial Watch President Tom Fitton made the following statement regarding the Supreme Court’s ruling against the Trump administration’s effort to end the Deferred Action for Childhood Arrivals (DACA) program.

The Supreme Court undermined the Constitution today. Obama’s decision to provide amnesty for hundreds of thousands of illegal aliens under the DACA program was unlawful, and the court interfered with the President Trump’s duty and absolute right to rescind it.

Chief Justice Roberts and his liberal colleagues ruled that it is illegal for President Trump to end an illegal Obama program. This is the Alice-in-Wonderland approach to judicial decision making. Chief Justice Roberts also joined the decision earlier this week that changes the meaning of sex in nation’s major civil rights law. Threats to the rule of law come not only from rioters and looters in the streets, but also from activist judges on the bench.

Only Congress can amend the law, not President Obama nor the courts. One cannot help but conclude that this decision is driven more by politics than the rule of law.

Judicial Watch has previously highlighted how DACA is not only illegal but a threat to the public safety. For example, we uncovered how the Obama administration granted DACA amnesty without the promised background checks.

We encourage the Trump administration not to give up but to end DACA now to preserve the rule of law, protect our borders, and ensure the public safety.