It seems nothing will cause anybody to do anything other than continue to welcome as many as come illegally, incl. unvaccinated and/or w/Covid; while US citizens are forced to vaccinate or lose their jobs, even if already immune, and pay for the flow of newcomers.
Makes sense. 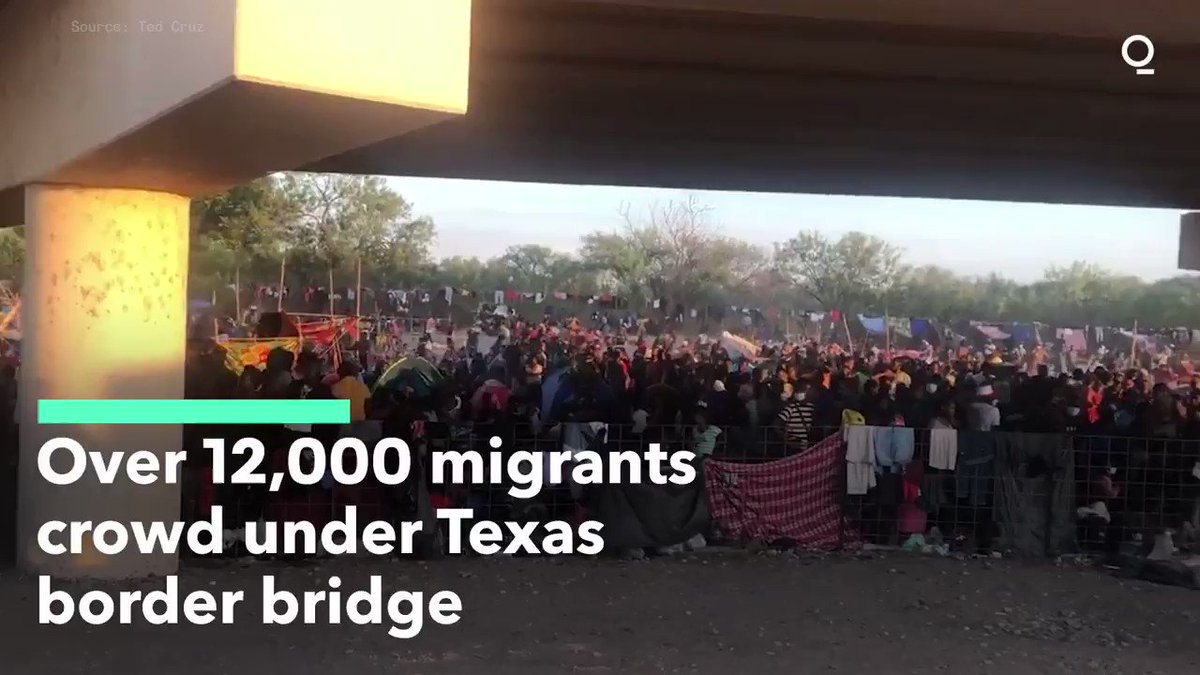 "There is no southern border. It's pure chaos."

Nearly 12,000 migrants seeking asylum in the U.S. have gathered under a bridge in a small Texas border town https://trib.al/qYTcLWV

So weird:
Florida has a higher than average vaccination rate.
Lots of elderly, too.

If Florida were its own country, its 51,240 COVID-19 fatalities would rank 20th in the world, exceeding Chile’s 37,293 deaths. The Sunshine State now has 3.5 million infections — almost as many as Mexico, which has nearly six times the population. https://trib.al/F93Z416

Somewhere at the zoo, the lions and tigers are trying ivermectin, and their animal leaders are telling them:
"You're taking medicine that's only approved in PEOPLE, you idiots!"

Is it politically correct for lions and tigers to take a horse dewormer? https://twitter.com/jsolomonReports/status/1439014061593739265

Above image: Dept. of Justice building in Washington DC

When the two agents from the Department of Justice Inspector Gen- eral’s office pull into my driveway, on January 15, 2014, I try to size them up. White guys, nice looking, early forties, impeccable dark suits, colorful ties. No rumpled collars here. One of them, Digital Forensics and Technology Investigations Unit Director Keith Bonanno, comes from a buttoned-down bureaucratic background. The other, Special Agent Harry Lidsky, looks more like a cop or spook.

They’re here to pick up my personal Apple iMac desktop computer for a forensics analysis. It’s been one year since Number One first con- firmed the intrusion on my CBS laptop. The IG can’t have my work laptop since that belongs to CBS. But the iMac is all mine and there may be evidence on it, too. I’ve decided to let them examine it.

Bonanno drags in a rolling briefcase and the two men step into my liv- ing room. I have a little help to size them up: my husband, who’s the most accurate profiler I know, and a friend who’s taken an interest in the case.

Bonanno and Lidsky also want to look at my Verizon box where the mysterious, dangling cable was found and removed before it dis- appeared a little more than a year ago. The three of us take the two of them outside to the Verizon box and Bonanno takes pictures while they ask what the cable looked like and how it came to disappear. I explain that after the Verizon man removed it, I asked him to leave it, but it was gone when I later went back to retrieve it.

“I have photographs of it,” I tell the agents.

We go inside and I show them the pictures of the cable. They say they’ve never seen anything like that.

We make small talk. Before the IG, Bonanno says he worked at the Department of Transportation. Lidsky’s former DEA and CIA. When he mentions the CIA, my friend says, “There are a lot of us ex-agency around . . .” alluding to his own status as a one-time CIA officer.

“What did you do there—if you can tell me?” asks Lidsky. “Intelligence,” answers my friend.
So they’ve got one and we’ve got one, I think referring to the CIA backgrounds.

After conducting a brief interview, Bonanno and Lidsky have me sign a piece of paper authorizing them to take my iMac. Then, they pack up their gear and my computer, and head out.

On November 20, 2013, I re-interview Fast and Furious whistleblower John Dodson. Pretty soon it’ll be three years since he first came forward and exposed the government’s gunwalking secrets on the CBS Evening News. He’s written a new book about the whole experience (published by a division of CBS partner Simon & Schuster). There are still many unanswered questions. During our interview, Dodson reflects on his own situation and how it applies to the scandals that have happened since.

He sees Benghazi, the IRS targeting of conservative groups, and the government spying stories as variations on the same theme.

“It’s so reminiscent of everything that happened in Fast and Fu- rious,” Dodson tells me. “It’s the same thing repeating itself over and over again. You know I refer to it as the self-licking ice-cream cone of the federal government. It’s there to simply enjoy itself while the rest of us have to pay for it.”

ATF originally tries to block the book’s publication, saying it would hurt morale and damage ATF’s working relationships with the DEA and the FBI. When the American Civil Liberties Union and Senator Grassley stood up for Dodson’s right to publish, ATF relented and cleared the book for publication.

I contact ATF for comment on the Dodson book, and spokes- woman Ginger Colbrun, who succeeded the Fast and Furious era’s Scot Thomasson, reacts frostily. It’s the Tuesday before Thanks- giving.

“How are you?” I’m attempting to start off with a moment of small talk. “Do you have to work the holiday?” I ask, referring to the holiday the day after tomorrow.

“I answered the phone, didn’t I?” Colbrun snaps back. Not a very professional response from a publicly paid PR official working on be- half of the public. Okay, this isn’t going to be friendly. Maybe not even courteous. She’s following in Thomasson’s footsteps.

Colbrun says the agency has no interest in doing an interview about Dodson. Her tone indicates ATF still views Dodson as the en- emy rather than a whistleblower who helped halt a misguided and harmful policy. No matter what mea culpa government officials have made for the benefit of the public or Congress, their basic attitudes haven’t changed. In a less political world, Dodson might be rewarded for his honesty. Instead, he’s odd man out. Colbrun conveys no sense of gratitude to or pride in Dodson. No sense of embarrassment over the government lies told to me, Congress, and the public along the way. No sense of regret for lives lost. They’re just mad at Dodson for telling the truth. Mad at me for reporting it.

Interestingly, Justice Department has barred Dodson from accept- ing payment for his book, claiming it would violate ethics rules. Dod- son states, “I do find it hard to reconcile how the very same agencies who thought of, approved, and employed the strategies used in Fast and Furious only to later attempt to cover it up by lying to Congress and the American people, ignoring the rule of law, withholding docu- ments, and smearing whistleblowers, now asserts themselves to be the sole authorities who preside over this or any other ‘ethical inquiry.’ The conflict is obvious.”

Today, Dodson wants to stand as an example to others who see wrongdoing: you can step forward and expose it.

“[My story] shows that they can’t totally take away your empow- erment. You can make a difference,” Dodson tells me in an interview. “And there’s a lot of people out there that were in my position, that know things that are going on in the NSA, in the State Department, in the CIA or IRS. . . . It is their greatest fear, as a government, that we ever realize how much of that power we actually have. And whatthey have is, you know, given to them by us.”

All I know is that, so far, the main impact of the exposure of the government’s dirty little surveillance secrets is that the government has doubled down on leakers and whistleblowers. A chilling effect has been administered with surgical precision on anyone who might have thought about stepping forward.

‘Five for Fighting’ on Superman, Afghanistan, and his new song ‘Blood On My Hands’ (PODCAST)

(POLL) Almost nobody agrees with U.S.-Afghan withdrawal was “extraordindary success”