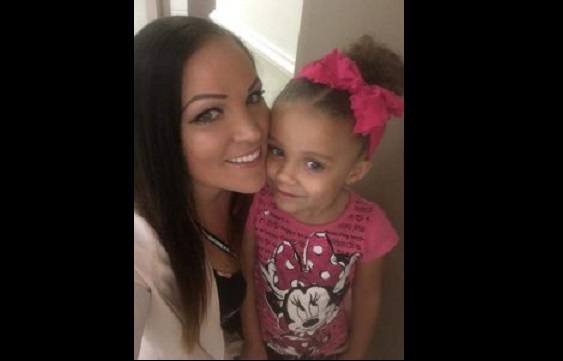 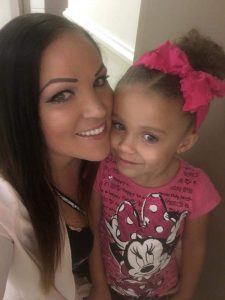 It’s nice to know the U.S. Judicial System still works sometimes. Two recent cases out of Kentucky ruled against social workers who misused their positions to illegally remove children from their families, denying the principle of “qualified immunity” for social workers.

Judy Clabes, writing for the Northern Kentucky Tribune, reported on June 23, 2020, that Senior Judge William Bertlesman of the U.S. District Court in Covington ruled that social workers are not entitled to qualified immunity in their case with Maureen ‘Nikkie’ Holliday versus the Kentucky Cabinet for Health and Family Services.

As “qualified immunity” for police and other public employees comes to the forefront nationally, the practice as it applies to state social workers has been dealt another blow in the U.S. District Court in Covington by Senior Judge William Bertlesman.

The judge has ruled in the case of Maureen ‘Nikkie’ Holliday versus the Kentucky Cabinet for Health and Family Services social workers who imposed a restrictive “Prevention Plan” the single mom was coerced into signing. It required her to have strictly supervised contact with her four-year-old daughter. The threatened penalty was foster care for her child.

Bertleman has ruled that Holliday’s due process claims and her emotional distress claims are legitimate and that the social workers are not entitled to qualified immunity.

Holliday is a single mother and an army combat veteran. She worked two jobs and was going to school at the time of her unfortunate experience with CHFS, so her daughter was enrolled in a Florence daycare center. She has since graduated from the University of Cincinnati (in social work) and is working with a homeless veterans’ group.

Her daughter had a bruise on her buttocks that she said she got when another child at the daycare bit her. When the daycare was alerted to the bite, they involved the Cabinet and social worker Alecia Leigh took charge and threatened to take the daughter into custody on the spot if Holliday did not sign the Prevention Plan agreement. She signed under duress.

As required, Holliday took her daughter to Children’s Hospital to be examined and the discharge instructions read:

“AH (the child) was seen and evaluated by the emergency department. She explained that she was ‘bitten on the butt’ by her friend Lola. My exam was consistent with bite marks on both butt cheeks. The marks were simply minor bruises and no puncture marks. There were no other injuries noted. AH otherwise appears to be a healthy and happy child. Images were taken for her medical record.”

Despite this report, Holliday endured several months under the “Prevention Plan’s” restrictions while the Cabinet proceeded to question Holliday’s friends, family and associates and questioned two young cousins at school. Holliday and her daughter lived in three homes over that period, were denied their normal family support system — and Holliday feared losing her jobs and falling behind in school.

On December 27, 2016, Leigh and her supervisor Danielle Sneed decided to close the case as “unsubstantiated” though Holliday was not notified until January 13, 2017. (Source.)

Ms. Holliday then sued CHFS and the social workers.

Holliday’s attorney Paul Hill filed suit against Alecia Leigh, Danielle Sneed and ‘Jane Does(s),’ supervisors and others in the CHFS.

Bertlesman writes in his opinion that “there was no compelling purpose to impose restrictions on Holliday,” that Leigh misrepresented her legal authority, and that Sneed acquiesced to the alleged deprivation of Holliday’s constitutional rights.

“Qualified official immunity applies to the negligent performance by a public officer or employee of (1) discretionary acts or functions, i.e., those involving the exercise of discretion and judgment, or personal deliberation, decision, and judgment; (2) in good faith; and (3) within the scope of the employee’s authority. . .

“Given that. . the defendant’s actions violated a clearly established constitutional right, defendants are not entitled to state-law qualified immunity. . .”

Bertlesman denied the social workers’ claims related to Holliday’s “substantive and procedural due process claims,” as well as her IIED (intentional infliction of emotional distress) claim.

The decision means that the lawsuit can proceed to a jury trial. (Source.) 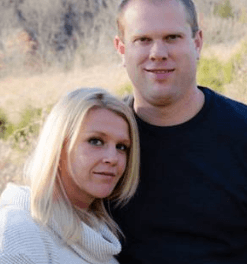 This is the second time that Judge Bertlesman has ruled against qualified immunity of social workers abusing parental rights and illegally removing children from their home.

The other case involved Holly and David Schulkers, in Schulkers v. Kammer, and his judgment in that case denying qualified immunity to social workers was upheld by the Sixth Circuit Court of Appeals in April this year, setting forth important legal precedence.

Judy Clabes of the Northern Kentucky Tribune reported on that story as well.

A Sixth Circuit U.S. Court of Appeals ruling was cause for celebration at the Fort Thomas home of Holly and David Schulkers and five of their children, as the court ruled in their favor in a lawsuit against individual social workers for the Cabinet for Health and Family Services.

The lawsuit involves the social workers’ mishandling of the drug test of a new mom’s urine sample – a “false positive” for opiates – that extended into threats of sending their children into foster care and onerous rules saying Holly could not be with her children alone in her own home.

Federal District Judge William Bertlesman in February 2019 denied “qualified immunity” for the social workers at a hearing in Covington on one count in the couple’s lawsuit and upheld it on another count. The Cabinet and the social workers, Elizabeth Kammer and Alison Campbell, appealed.

But the Sixth Circuit judges – Martha Craig Daughtrey, Eric Clay, and Richard Griffin – unanimously said the social workers should not have qualified immunity on either count which can send the Schulkers’ case to a jury trial for damages.

In a nutshell, with a lot of twists and turns:

Holly Schulkers is a busy mom and stepmom to six young children, including the baby born in February 2017 and five others, aged 9-14. At St. Elizabeth Hospital for the birth of the baby, she unknowingly had a urine test that was “presumptive positive” for opiates (perhaps her doctor noted on her chart because she consumed a snack with poppy seeds on it and “poppy seeds are among the products that can cause a false positive on a drug screen”).

She was breastfeeding her healthy baby. Meanwhile, the baby’s umbilical cord was sent for testing. Without waiting for the results of that test or a second urine test and a follow-up hair follicle test, all of which were later negative for drugs, the hospital social worker entered “Substance Use Disorder” on Holly’s chart and reported the “positive drug screen” electronically to the state Cabinet for Health and Family Services.

Enter social workers – and Holly’s nightmare. Kammer and Campbell told the Schulkers they could not take the baby home unless they signed a “Prevention Plan” that required that Holly not be left alone with any of the children at any time.

Meantime, in full knowledge of the new test results, Kammer and another CHFS employee went to the children’s schools and had the Schulkers’ children – without the parents’ permission – brought into a private room one by one – with no school personnel present – and asked them about “mommy’s drug use.” The children were understandably upset.

Despite repeated requests, the conditions of the “Prevention Plan” were not lifted until two months after the Schulkers left the hospital, at which time the case was marked “unsubstantiated.” (Full story here.)

This may represent a trend in the federal courts of “piercing through the veil” of “qualified immunity” for social workers who behave badly and take advantage of their government positions to kidnap children and participate in child trafficking with no legal consequences.

We reported on a case back in 2018 in the U.S. 9th Circuit with a family in Arizona who had their children removed without a warrant, simply because they had taken photos of their 3 children after a bath when they were laying on a towel naked. They went to develop the photos at a Walmart, and an employee reported them to the police. See: