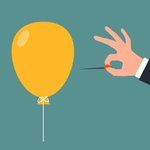 Authored by by Mac Slavo via SHTFplan.com,

Leaked medical conference documents have warned that hospitals across the United States are preparing for 96 million coronavirus infections.  Not only that, but the same document wants hospitals to make preparations for 480,000 deaths from this outbreak. 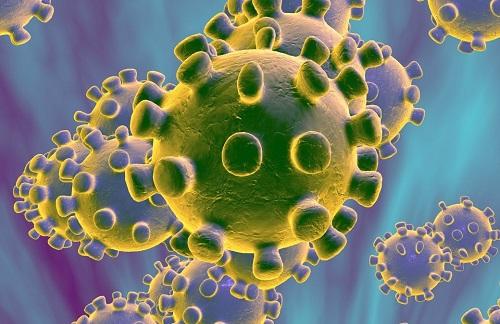 the American Hospital Association (AHA) conference in February reveal that US hospitals are preparing for:

According to Business Insider, these leaked documents are telling. Dr. James Lawler, a professor at the University of Nebraska Medical Center, presented the harrowing “best guess” estimates of the extent of the outbreak to hospitals and health professionals as part of the AHA webinar called What Healthcare Leaders Need to Know: Preparing for the COVID-19 on February 26.

These documents paint a bleaker picture for those who are over the age of 60. According to the leaked documents:

“People aged 80 and over have a 14.8% chance of dying if they contract the infection, the slides revealed. The risk declines with youth, though those aged 70-79 and 60-69 are still placed at a significant risk, with 8% and 3.6% mortality rates respectively.”  –Business Insider

Additionally, it’s worth noting that Dr. Lawler’s estimate of 480,000 deaths would indicate a death rate of just half a percent (0.5%), which is significantly lower than death rates being reported by the WHO (3.4%) and the nation of Italy (5%). If the death rate in the United States reached just 2% while 96 million Americans are infected, that would result in 1.92 million deaths.

The United States has fewer than one million hospital beds, and they are typically around 75% occupied by existing patients, unrelated to the coronavirus. Natural News has calculated that U.S. hospital beds will be overrun by May 30th if nothing is done to stop the exponential spread of the coronavirus.

Mike Adams, aka, the Health Ranger at Natural News, has a new video out presenting the math and statistics found in these leaked documents.

“If you want to die, heed the advice of Mike Pence and do nothing to prepare for the pandemic. The Surgeon General also hopes you stop buying protecting gear so that you get infected and die more quickly, thereby making more protective equipment available to the government which is stockpiling like mad at this very minute.”  –Mike Adams, Natural News

As Alt-Market’s Brandon Smith notes, it is also likely that hospitals are prepping for only 480,000 deaths because that is the maximum number of terminally ill patients their facilities can handle anyway.

If Italy is any indication and this virus does not burn out soon, the death rate will probably be between 3%-5%.  The real number of infected versus dead will not be accurately calculated for another year at least…