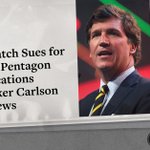 The #Biden admin is restricting media access to the Mexican border crisis, according to various news outlets/journalists, but Border Patrol sectors in the region are reporting alarming numbers of illegal immigrants crossing into the U.S. from Mexico. READ: http://jwatch.us/UDw8pR

As if the illegal immigrant crisis along the U.S.-Mexico border were not bad enough, homeless Americans have been booted from a temporary shelter in southern California to make room for scores of migrants, dozens of them infected with COVID-19. READ: As if the illegal immigrant crisis along the U.S.-Mexico border were not bad enough, homeless Americans have been booted from a temporary shelter in s...

The early 2021 crime statistics are in and the news is not good. In almost every category, violent crime in urban America is rising. READ: The early 2021 crime statistics are in and the news is not good. In almost every category, violent crime in urban America is rising. On Tuesday, New Y...

Judicial Watch announced recently that it filed an amici curiae brief alongside the Allied Educational Foundation (AEF) in support of Students for Fair Admission’s petition for a writ of certiorari to the Supreme Court challenging the decision of the U.S. District Court for the First Circuit that upholds Harvard College’s race-based affirmative action admissions program. (Students for Fair Admission v. President & Fellows of Harvard College (No. 20-1199)).

Students for Fair Admission argues that Harvard’s admissions program intentionally discriminates against Asian Americans on the basis of race and violates Title VI of the Civil Rights Act, which bans unconstitutional race-based admissions by public universities. Students for Fair Admission also argues that the Supreme Court should overrule the decision in Grutter v. Bollinger, which held that institutions of higher education could use race as a factor in admissions. The petitioners allege that this discriminatory admission’s policy violates the Fourteenth Amendment’s Equal Protection Clause:

No State shall make or enforce any law which shall abridge the privileges or immunities of citizens of the United States; nor shall any State deprive any person of life, liberty, or property, without due process of law; nor deny to any person within its jurisdiction the equal protection of the laws.

Do You Support Taxpayer Cash for Illegal Aliens?