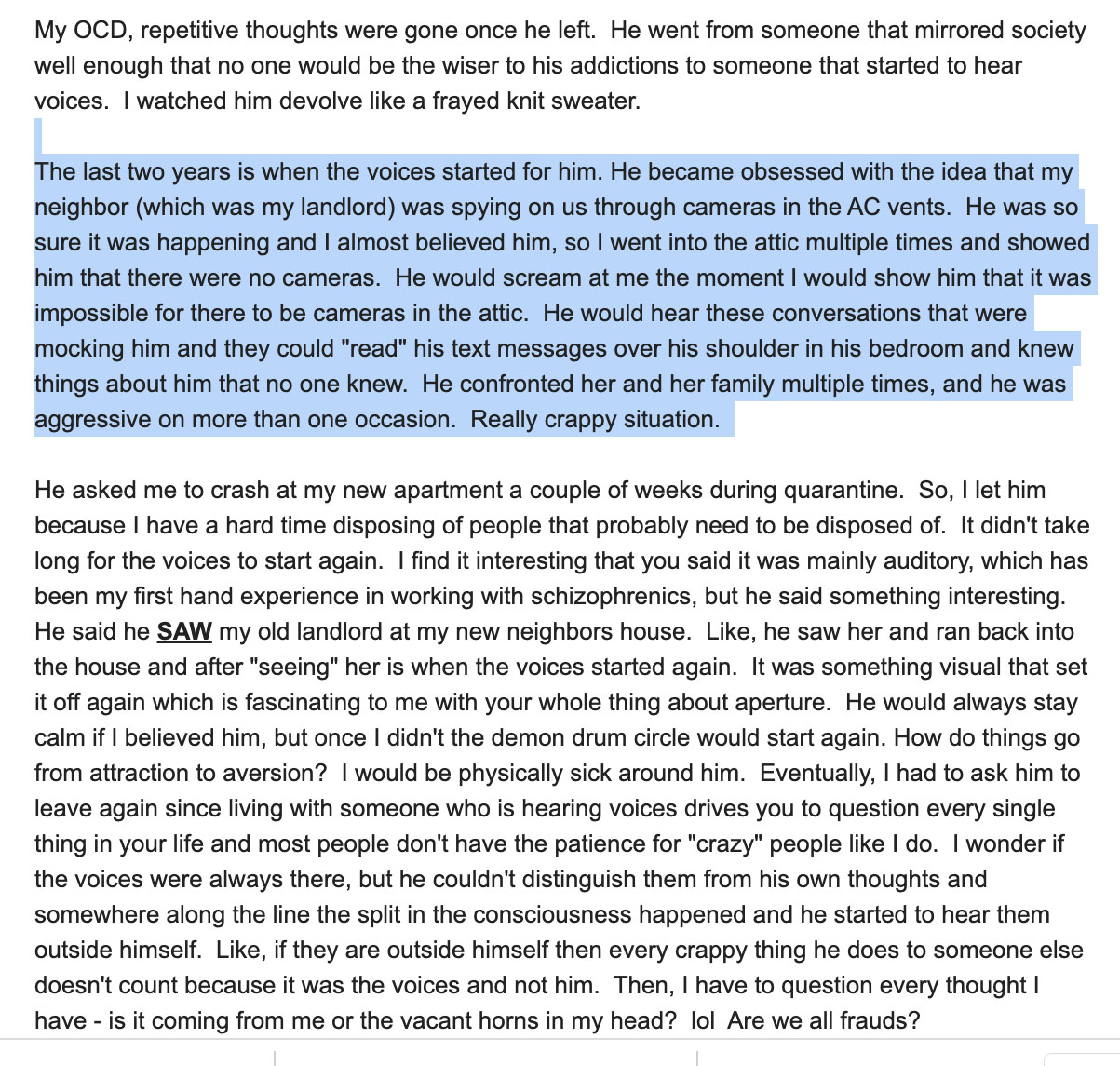 “Aperture for the paranoid schizophrenic. Smaller circles "hallucinate" voices only. Every tiny circle is formed by our self-abandonment. We bec...

Aperture for the paranoid schizophrenic. Smaller circles "hallucinate" voices only. Every tiny circle is formed by our self-abandonment. We become splintered through life's traumas. 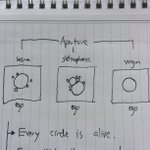 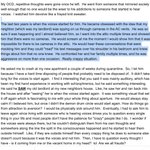 #COVID19 is not even a #VIRUS but an EXOSOME.

An EXOSOME is part of our normal cellular structure.

Thank you @jarue369 and Dr. Andrew Kaufman for this disclosure.

In the narrative war, it turns out #BlackLivesMatter beats #SocialDistancing by a grabbler's nose. 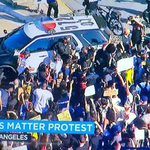 Some real irony here being told a dozen of my Tweets are illegal in Germany. I included the last one on the list as see what I mean. Big accounts lick the taint of Zionism. That's why they're so big. 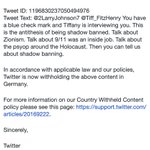 Flow state is when you stick your hand out the car window and let it swim like a dolphin. You are in effortless creation with the world. You’re no longer thinking; you are experiencing. Your identity as a noun has transformed into a verb. Even you don’t know what’s going to come out of your mouth next. You have no fear of the flow. Flow state is your optimal mode of trance. In a flow state, you tap into the environment and find abundance. In a flow state, awareness is a surfboard.

Everything we do is a trance. Alertness is a trance. Joy is a trance. Destiny is a trance. Apathy, fear, guilt, and self-hatred are trance. Some trances are good for you. Some drain you like a battery. All of our energy goes somewhere and we are held responsible for where it goes. We are corraled by the fear of our choices unleashing a violent cancer. In our hearts, we check each receipt at the exit doors of Costco. We’ve been taught to treat our own vibration like a shoplifter. This is how we break our own flow state. Mistrust is a heavy tax to the lifeforce. We are all afraid of being the person who sucks at karaoke and doesn’t kn0w. But that person has an abundance of flow. It makes them untouchable. Trump has flow state. It’s 9 o’clock on a Saturday and Trump is a nasal-ridden goose who thinks he can sing like Billy Joel.

We forget politicians don’t always speak to their constituents. Trump’s success is letting him speak directly to the history books. Trump wants a legacy that’s bigger than all the elephants. His ego is the best thing that could have happened to America.

People hate the invincible for being too invincible.

I hope the media picks up the idea Trump will be going down with Epstein. It would make all sides dive into the story and focus on what’s happening under the surface. It would show us all how the world has been forced to turn. I watch to see if MSM even tries to link Epstein to Trump. If not, this proves they don’t want their zombies feeding on this kind of meat. It could prove invigorating and break the trance they’ve worked so hard to install. It’s illogical to see Trump in bed with Epstein on this one. There is too much evidence pointing in the opposite direction.

Back in 2015, onstage at the annual CPAC conference, Trump said something very interesting about Bill Clinton. “Nice guy,” he said. “Got a lot of problems coming up, in my opinion, with the famous island with Jeffrey Epstein. Lot of problems.”

Let’s consider Epstein’s boss was Les Wexner. Wexner was a fashion mogul for Victoria’s Secret, Limited Brands, and Abercrombie & Fitch. Wexner’s foundation created a bridge between Israeli politicians and Harvard. Epstein, Wexner, Klarman, Maxwell, and Hoffenberg are all dripping from the slime of Israeli deep state. That makes the Epstein case potential good news for America First. It’s impossible to criticize Mossad in public. People are simply too brainwashed by the myth that supporting narcissism and genocide gets a golden ticket into heaven. To my critics who say I’m anti-Trump, anti-Q, anti-jew, anti-Christian, or anti-American – you’re peeing in binary pajamas. I have always been loyal to anti-slavery. I have always been anti-corporation. The District of Columbia is the opposite of both. Every sentence I write continues to bring us back to sovereignty. This is something we lost in the American Civil War.

The Epstein case won’t solve government. But it can solve ignorance if we push hard enough. Solving ignorance takes ego. Society wants the ego under quarantine. When you have a strong ego like Trump, people don’t have to like you. Your behavior is no longer motivated by external forces. Freud insisted every man wanted to have sex with their mother. He shamed his ego on paper and academia praised him in their books. This is why we flog ourselves in public. Shaming the ego makes us touchable.

Trump is an alchemist, not a politician. Picture how expensive it’s been to hate him. Picture the size of the container of spent lifeforce from the Love Trumps Hate campaign until now. Every day, haters spit spent tobacco into the same jug. Trump hate is a painful dehydration, and every day the jug gets heavier from the load. That weight was lifeforce a long time ago. Now it’s a tax paid through lips forced to spit the name of, “Donald Trump.” From love trumping hate to loving Trump’s state, ego and narcissism might save America.

I’m about to dump some optimism on your plate and some of you are not going to like it. It’s not because you are pessimists. Many of you simply find the idea too ridiculous to think the bad guys are going to put each other in jail for a long time. Let me make Trump’s art of the deal as clear as crystal. This doesn’t end the cabal. If anything it will simply change hands for a few generations. Our world is run by a tapestry of international gangsters. We lie to ourselves to pretend this will be different.

Trump has traded America First for Greater Israel. Trump gave his daughter Ivanka to Netanyahu’s protege Kushner as a blood contract. Trump did this to save his own life and his bloodline’s future. This marriage stops another presidential ritual sacrifice that would have been in the works the moment Trump took office. When you think about it, Ivanka Trump has been the most important piece of this puzzle. She is an elite without free will. Her oars are too deep in the waters of a family to steer for themselves. Ivanka is moved by the destiny of a bloodline launched a long time ago. She’s been in training since she was four years old. Her children and grandchildren have already been moored to the future. Trump speaks directly to history thanks to her sacrifice.

Listen to Trump’s snake speech again as if he’s talking about Israel and your ears are listening from 60 years in the future. We are ruled by our genes and the bloodline is a crucial Achilles’ heal. Marriage has always ended violence between kingdoms. Marriage has always been the art of the deal. We are ruled by the elite because we are too afraid to rule ourselves. We entrust each other under their bloodlines. Merging makes it too expensive for them to betray one another.

Trump is competing with his own image now. He wants to cast a long shadow through history. Ego is a predictable white knight burning in the darkess. Ron Paul was too principled to pull this off. Ross Perot was too moral. Ego is the only thing that could kill the dragon of Israel. Understand that this administration works for Greater Israel now. Understand it’s all been a part of the deal. This is what Q means by “saving Israel for last.” No one is sneaking up on Mossad. Trump enables Jersulem to enable America. If he doesn’t, he goes down in history as a footstool. Trump’s ego is too important to risk that kind of tarnish.

Who knew that narcissism would be so important in saving America.

Jesus on vaccines. Jesus on wearing a mask. Jesus on circumcision. A look at paranoid schizophrenia. A brief history of...
liberty aggregatorMay 28, 2020 at 10:05 am.
James True

The idea of resurrection was around in Egypt. Then it moved to Rome with Mithras. Then it came to Christianity....
liberty aggregatorMay 27, 2020 at 10:11 am.
James True

The algorithm of mind. Sympathetic possession. Sigils as circuitry. Jinn and demons in the Bible and Qu'ran. The horns in...
liberty aggregatorMay 26, 2020 at 10:51 am.
James True

#62 – Aperture is not Intelligence

The difference between aperture and intelligence is startling. This is why it's so hard for smart people to catch on....
liberty aggregatorMay 25, 2020 at 10:58 am.
James True

The Eye of Ra

The seven stages of alchemy. LORD technology through VITRIOL. The CDC and the Department of Education are giving us the...
liberty aggregatorMay 21, 2020 at 10:22 am.
James True

The story of Abraham and Isaac. The difference between burnt offering and sacrifice. The Trivium (salt) and the Quadrivium (oil)....
liberty aggregatorMay 20, 2020 at 4:09 pm.
James True

In memory of Butter. Giraffe's hum. Questions answered. Saturn is a gift of Baal. Time is the ultimate reaper. The...
liberty aggregatorMay 19, 2020 at 11:00 am.
James True

Levity is the opposite of gravity. How do we teach our children discernment. How does God teach us discernment. Worshiping...
liberty aggregatorMay 18, 2020 at 10:22 am.
James True

Satan means adversary. The meaning of Is Ra El. A quote from Chris Christie. Love vs Fear in the Bible....
liberty aggregatorMay 15, 2020 at 9:57 am.
James True