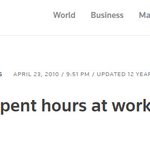 As we sift through the ashes of Thursday’s dumpster-fire Congressional hearing with still employed FBI agent Peter Strzok, Luke Rosiak of the Daily Caller plucked out a key exchange between Rep. Louie Gohmert (R-Tx) and Strzok which revealed a yet-unknown bombshell about the Clinton email case.

Nearly all of Hillary Clinton’s emails on her homebrew server went to a foreign entity that isn’t Russia. When this was discovered by the Intelligence Community Inspector General (ICIG), IG Chuck McCullough sent his investigator Frank Ruckner and an attorney to notify Strzok along with three other people about the “anomaly.”

Four separate attempts were also made to notify DOJ Inspector General Michael Horowitz to brief him on the massive security breach, however Horowitz “never returned the call.” Recall that Horowitz concluded last month that despite Strzok’s extreme bias towards Hillary Clinton and against Donald Trump – none of it translated to Strzok’s work at the FBI.

In other words; Strzok, while investigating Clinton’s email server, completely ignored the fact that most of Clinton’s emails were sent to a foreign entity – while IG Horowitz simply didn’t want to know about it.

The Intelligence Community Inspector General (ICIG) found an “anomaly on Hillary Clinton’s emails going through their private server, and when they had done the forensic analysis, they found that her emails, every single one except four, over 30,000, were going to an address that was not on the distribution list,” Republican Rep. Louie Gohmert of Texas said during a hearing with FBI official Peter Strzok. –Daily Caller

Gohmert continued; “It was going to an unauthorized source that was a foreign entity unrelated to Russia.”

Strzok admitted to meeting with Ruckner but said he couldn’t remember the “specific” content of their discussion.

“The forensic examination was done by the ICIG and they can document that,” Gohmert said, “but you were given that information and you did nothing with it.”

Meanwhile, “Mr. Horowitz got a call four times from someone wanting to brief him about this, and he never returned the call,” Gohmert said – and Horowitz wouldn’t return the call.

And while Peter Strzok couldn’t remember the specifics of his meeting with the IG about the giant “foreign entity” bombshell, he texted this to his mistress Lisa Page when the IG discovered the “(C)” classification on several of Clinton’s emails – something the FBI overlooked:

“Holy cow … if the FBI missed this, what else was missed? … Remind me to tell you to flag for Andy [redacted] emails we (actually ICIG) found that have portion marks (C) on a couple of paras. DoJ was Very Concerned about this.”

In November of 2017, IG McCullough – an Obama appointee – revealed to Fox News that he received pushback when he tried to tell former DNI James Clapper about the foreign entity which had Clinton’s emails and other anomalies.

Instead of being embraced for trying to expose an illegal act, seven senators including Dianne Feinstein (D-Ca) wrote a letter acusing him of politicizing the issue.

“It’s absolutely irrelevant whether something is marked classified, it is the character of the information,” he said.

McCullough said that from that point forward, he received only criticism and an “adversarial posture” from Congress when he tried to rectify the situation.

“I expected to be embraced and protected,” he said, adding that a Hill staffer “chided” him for failing to consider the “political consequences” of the information he was blowing the whistle on. –Fox News

That other Clinton whistleblower…

In January, 2016 a former State department official walked into the FBI with what they felt was smoking gun evidence in the Clinton email investigation which was so sensitive he wouldn’t talk about it unless it was in a SCIF (Sensitive Compartmented Information Facility).

Former DoS guy walks into the FBI & asks if they got his package. Wants to be sure the task force for HRCs case gets the evidence. Says he can’t talk about the content but will in a SCIF. 🤔🤨 No idea who he is. Part 6; pgs 11-12.

Accompanying the evidence, the whistleblower wrote a letter to former FBI Director James Comey describing Hillary Clinton’s mishandling of clearly marked classified material. Comey ignored it – which led the whistleblower to file a complaint that Peter Strzok and FBI agent Jonathan Moffa were CC’d on.

Random: This FBI entry has always intrigued me. Former SoS guy just walks into the FBI & asks if they got his package. Wants to be sure the task force for HRCs case gets the evidence. Says he can’t talk about the content. 🤔🤨 No idea who he is.
Part 6; pgs 11-12 pic.twitter.com/rEsV7LgA4T

Some highlights from his letter to Comey:

The whistleblower describes how there’s no way Clinton couldn’t have known certain emails were marked “classified.”

“During the time that Hillary Rodham Clinton served as Secretary of State, the Department of State (DOS) produced a daily document classified at the Secret level…

“Upon learning of this situation and listening to her saying that the information in these emails were not classified at the time they were written, I make reference to the above paragraph about the daily classified document summarizing issues presented to her on a daily basis.”

The Whistleblower also goes on to explain that he couldn’t find a sensitive communiqué between Clinton and the American Ambassador in Honduras on the internal State Department archive, and suspected that it was due to being sent over her private email server.

So given that we now have at least two major bombshells that the FBI sat on, we revisit the case of CIA whistleblower Dennis Montgomery – who similarly walked into the Washington D.C. FBI field office in 2015 with 47 hard drives and 600 million pages of information he says proves that President Trump and others were victims of mass surveillance, according to NewsMax.

Under grants of immunity, which I obtained through Assistant U.S. Attorney Deborah Curtis, Montgomery produced the hard drives and later was interviewed under oath in a secure room at the FBI Field Office in the District of Columbia. There he laid out how persons like then-businessman Donald Trump were illegally spied upon by Clapper, Brennan, and the spy agencies of the Obama administration.

Montgomery left the NSA and CIA with 47 hard drives and over 600 million pages of information, much of which is classified, and sought to come forward legally as a whistleblower to appropriate government entities, including congressional intelligence committees, to expose that the spy agencies were engaged for years in systematic illegal surveillance on prominent Americans, including the chief justice of the Supreme Court, other justices, 156 judges, prominent businessmen such as Donald Trump, and even yours truly. Working side by side with Obama’s former Director of National Intelligence (DIA), James Clapper, and Obama’s former Director of the CIA, John Brennan, Montgomery witnessed “up close and personal” this “Orwellian Big Brother” intrusion on privacy, likely for potential coercion, blackmail or other nefarious purposes.

He even claimed that these spy agencies had manipulated voting in Florida during the 2008 presidential election, which illegal tampering resulted in helping Obama to win the White House. –NewsMax

In March of 2017, Montgomery and his attorney Larry Klayman of Freedom Watch traveled to D.C. to meet with House Judiciary Committee Chairman Devin Nunes in the hopes that he would ask Comey about the evidence – only to be “blown off” by the Chairman.

It seems like we have some serious issues to revisit as a country.