"I used to be Antifa"

🚨 LIVE NOW: Will & Amala are live with @ZubyMusic !

.@ZubyMusic is LIVE NOW on today's episode of Will & Amala LIVE! Tune in:

When BLM directs its attention towards mandates instead of destroying buildings...

One important point that's being missed through all of this tyranny is the topic of precedent. The further the government pushes the limit in one area, the further they'll push it in others. 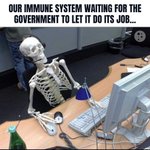 You’ve heard her name. You might even have seen a film about her. But do you know the whole story of Margaret Thatcher – where she came from, what she stood for, and the impact she had on Great Britain and the world? Renowned historian Niall Ferguson explains how the Iron Lady earned her status as one of the most important and influential women of the 20th century.

If you think the world is a mess now, that just means you weren’t around in the 1970s.

In Britain, where I grew up, the low point was known as “the winter of discontent,” a line borrowed from Shakespeare’s Richard III.

The inflation rate in 1975 was 27 percent. The trains were always late. The payphones were always broken. Nothing worked.

It felt as if there was no way back. And then came Margaret Thatcher.

Between May 1979, when she entered 10 Downing Street as prime minister, and November 1990, when she stepped down, she changed everything.

Born on October 13, 1925, she was an improbable savior. Nothing in her middle-class childhood suggested the future ahead of her. A diligent student, she got into Oxford as a chemistry major. She worked for a small plastics company after leaving college but was rejected for a position at the British chemical giant ICI because, as the personnel report stated, “This woman is headstrong, obstinate and dangerously self-opinionated.”

She needed all three of those attributes when she entered the world of politics as a Conservative candidate in 1950. After several failures, she finally entered Parliament in 1959. For the next two decades, she steadily worked her way up through the party ranks.

As early as 1975, Thatcher had come up with a wonderful line about the opposition Labour Party: “They’ve got the usual Socialist disease—they’ve run out of other people’s money.” This she contrasted memorably with what she called “the British inheritance”: “A man’s right to work as he will, to spend what he earns, to own property, to have the state as servant and not as master …”

This was the essence of Thatcherism, and it was just the tonic that the patient—the British economy—needed. It’s fashionable nowadays to argue that there was no Thatcher miracle in the 1980s. Not only is that demonstrably false, it misses an essential point: Thatcherism wasn’t just about raising productivity or creating jobs. Just as important was the goal of defeating inflation and restoring prosperity to the middle class. This it emphatically achieved.

Yet the event that, more than any other, defined Margaret Thatcher’s premiership was not economic but military. The Falklands War against Argentina established her irrevocably in the public mind as the new Britannia, a warrior queen who gloried in victory. And, of course, it ensured a Conservative win in the 1983 election.

There is no question that sending the Royal Navy Task Force to the South Atlantic took great political courage. Many in her own party pushed for a negotiated settlement. But the lady was not for turning—not because she was nostalgic for the days of empire, but because the invasion was, to her mind, morally and legally wrong.

For the complete script, visit https://www.prageru.com/video/margaret-thatcher-the-woman-who-saved-great-britain

Who REALLY “Made” America? w/ Dinesh D’Souza – Will & Amala LIVE