Autism among American children and teens surged 50% in three years from 2017, with one in 30 kids diagnosed with the disorder by 2020, study finds https://www.dailymail.co.uk/health/article-10985373/Autism-American-children-teens-surged-50-three-years.html 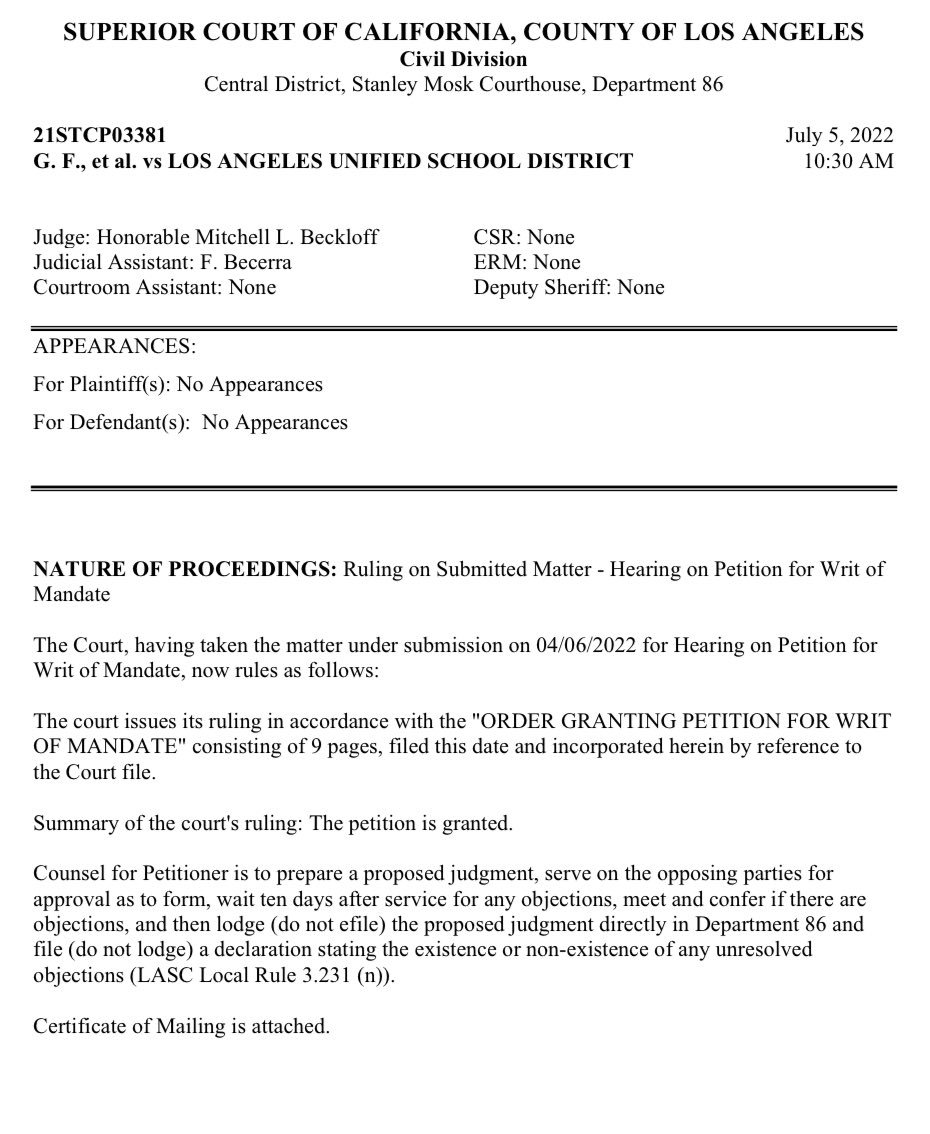 HUGE NEWS: A judge ruled this morning that @LASchools’ student Covid vaccine mandate was illegal, blocking LAUSD from sending kids to independent study for not getting the Covid vaccine.

Congress at 7%...TV News at 11%
https://news.gallup.com/poll/394283/confidence-institutions-down-average-new-low.aspx 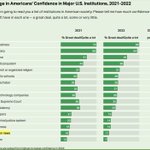 Public trust in media is close to non-existent. This new Gallup poll reveals that only the Dem-controlled Congress (7%) is trusted less by the public than TV news (11%), with newspapers (16%) also very near the bottom.

Almost zero self-critique from journalists about why. 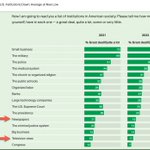 Chaos? From his policies and direction over the past 2 years it appears more of a return to sanity….British health minister Javid resigns, plunging government into chaos https://www.reuters.com/world/uk/british-health-minister-javid-resigns-2022-07-05/ 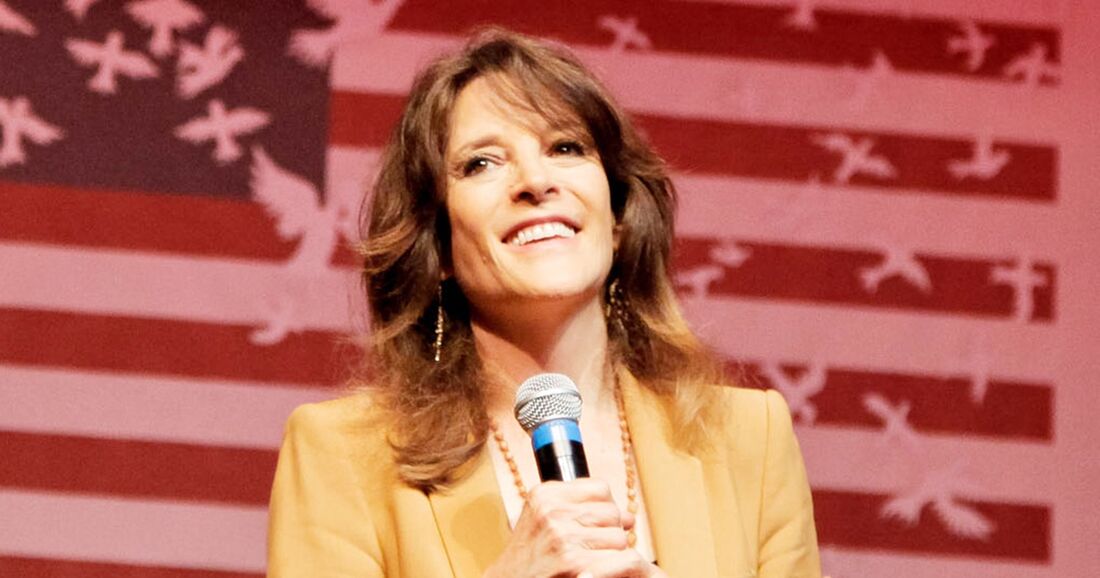 ​Political candidates in the race for the 2020 elections face a narrow window of acceptable conversation and debate. Striking a balance of winning over potential voters with staying in the good favors of corporate media pressure can be a delicate balancing act. So when Democratic presidential candidate Marianne Williamson questioned antidepressants she became a fake news punching bag for both corporate media outlets and the medical-industrial complex.

To complicate matters, Williamson’s comments fell far outside the normal pro-Big Pharma talking points of the Democratic party she is running under. She recently told the drug industry favoring outlet BuzzFeed’s News AM to DM hosts:

Williamson continued,“You had a professional failure, you lost your job, you went bankrupt. Those things are very difficult, but they’re not a mental illness.”

In 2018, Williamson tweeted, “how many public personalities on antidepressants have to hang themselves before the FDA does something, Big Pharma cops to what it knows, and the average person stops falling for this? The tragedies keep compounding. The awakening should begin.”

Is there data to suggest antidepressants are too often prescribed to treat “normal human despair?”

Dr. Peter Breggin, sometimes referred to as the “Conscience of Psychiatry” is the author of “Medication Madness” and director of the International Center for patient-oriented psychiatry. In a recent interview, Dr. Breggin says his profession has gone mad with medication. Concerning  Eli Lilly’s drug PROZAC, he says it was “as good as a placebo” after carefully analyzing the statistics. Echoing Williamson, He goes on to point out that, “…depression is not about a biochemical imbalance. It’s about hopelessness. Depression is part of the human experience.” 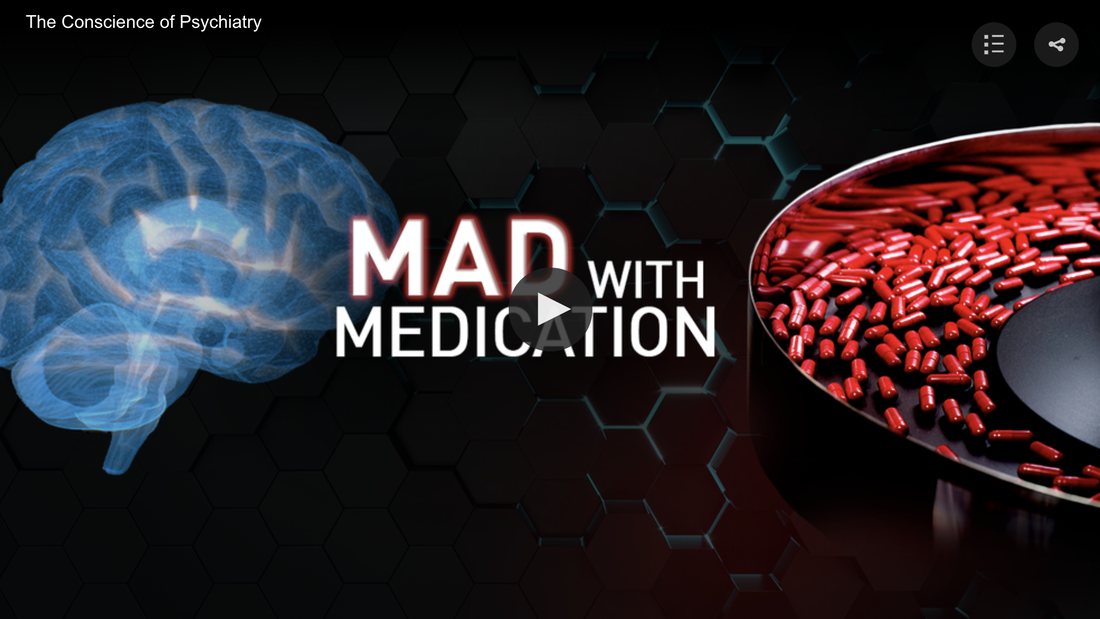 In a 2018 interview, Williamson told Russell Brand that she’s lived through periods of what doctors call clinical depression. “Even that’s such a scam,” Williamson said about the term. “All that means is somebody in a clinic said it. There is no blood test, right…”

Both Dr. Breggin and Williamson’s views were perhaps first echoed in a long-forgotten PBS Frontline interview with famed clinical psychologist and professor of psychiatry Dr. Russell Barkley who admitted, “A disorder doesn’t have to have a blood test to be valid. If that were the case, all mental disorders would be invalid…There is no lab test for any mental disorder right now in our science.
The science is replete with studies and findings casting antidepressant medication in a well-deserved light of scrutiny.

Recently published in the Journal of the American Medical Association (JAMA) was a study titled Anticholinergic Drug Exposure and the Risk of Dementia. The study showed a nearly 50% increased odds of dementia in people taking antidepressant and antipsychotic drugs. Meanwhile, another study recently published found people prescribed antidepressants were 2.5 times more likely to attempt suicide than depressed people taking placebo pills. That research, published in the journal Psychotherapy and Psychosomatics, combined the results of 14 studies involving nearly 32,000 people taking a variety of antidepressants.

The early promises and study findings suggesting the miracle cures from the depression pills of Big Pharma are now appearing to have been over-exaggerated by industry’s influence on the science. The highly publicized 2015 reanalysis of SmithKline Beecham’s 2001 Study 329 sought  to compare the efficacy and safety of paroxetine and imipramine with a placebo in the treatment of adolescents with major depression. The reanalysis, under the restoring invisible and abandoned trials (RIAT) initiative, found that neither drug showed efficacy. In addition, both drugs displayed an increase in harm.

Far from an isolated incident, Study 329 was corroborated a year later in 2016 by the Journal of Clinical Epidemiology which looked at 185 meta-analyses of antidepressant studies with industry involvement. The researchers found that one-third of the studies were written by pharmaceutical industry employees and concluded:

“There is a massive production of meta-analyses of antidepressants for depression authored by or linked to the industry, and they almost never report any caveats about antidepressants in their abstracts.”

“These drugs [depression pills] do not have relevant effects on depression; they increase the risk of suicide and violence; and they make it more difficult for patients to live normal lives. They should therefore be avoided. We have been fooled by the drug industry, corrupt doctors on industry payroll, and by our drug regulators.”

Speaking on the ‘science’ underpinning the depression pill paradigm, Gøtzsche states, “…we need placebo-controlled trials to find out what the drugs do to people. Unfortunately, virtually all trials are flawed, exaggerate the benefits of the drugs, and underestimate their harms.”

A final data point was provided recently in June 2019 by researchers in a letter to the editor of the journal Psychotherapy and Psychosomatics.
The researchers re-analyzed the integrated safety summaries provided by
the U.S. Food and Drug Administration for all phase II and III trials conducted by the pharmaceutical industry as part of new drug approval programs for adults with major depression. They concluded that
“…the data presented herein suggest that antidepressants significantly increase the suicide risk in adults with major depression. Further research is required to establish whether the increased suicide risk observed in RCT generalizes to real-world practice…”

​Moving forward, a larger balance of findings are pointing to psychiatric drugs doing more harm than good. As increasing numbers of children are being put on antipsychotic medication, perhaps the media should be asking why more candidates aren’t questioning the drugging of our generation with medication showing questionable efficacy producing known harms.