Sunday Devotional: What is Health? 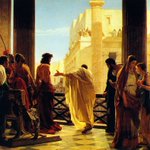 Is the 100% Cure Rate of Hydroxychloroquine a Threat to Fast-Tracking the COVID Vaccines? 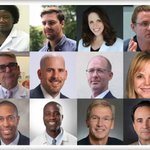 New Report Compares Turkey COVID Treatment with HCQ vs. USA Without HCQ: Fauci Should Be in Prison! 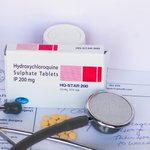 Medical Kidnapping of Children Often Based on Race and Economic Class

A Child Bumps Her Head. What Happens Next Depends on Race.

When a child experiences a mild head injury and a parent seeks medical attention, what happens next in New York City seems to depend on the ZIP code and the color of the parent’s skin.

In April, the actress Jenny Mollen, wife of the actor Jason Biggs and resident of Manhattan’s affluent West Village, announced on social media that she had accidentally dropped her 5-year-old son, causing a skull fracture and requiring treatment in the intensive care unit of a private Manhattan hospital’s I.C.U.

Three months earlier and several miles north in the Bronx, my client, a Latina mom, was folding laundry in her apartment when she saw her 9-month-old daughter and 7-year-old son bump heads while playing on the bed. The following day she noticed that her daughter had a bump on her head. She took the baby to her pediatrician, and a follow-up at the hospital showed two minor skull fractures with a small underlying bleed.

This is where Ms. Mollen’s and my client’s stories diverge. According to Ms. Mollen’s social media account of the incident, she and Mr. Biggs were met with compassion and sympathy by the hospital. Ms. Mollen publicly thanked the staff, saying she was “forever grateful.”

At the Bronx hospital, though, my client was met with suspicion, interrogation and accusations of child abuse, even after explaining her daughter’s accidental head bump with her brother to the hospital staff. Emergency room staff members called the New York City Administration for Children’s Services to report possible child abuse.

A.C.S. workers and the New York City police interrogated her, as well as her husband and their 14-year-old daughter. At no time was this distraught mother told she could or should contact a lawyer.

Nonetheless, when the baby was ready for discharge without requiring any medical treatment, A.C.S. told her parents that they could not take her home…

Continue reading the article at the New York Times

A sampling of “Child Abuse” Pediatricians that Health Impact News has done stories on, where children were medically kidnapped and...
liberty aggregatorAugust 9, 2020 at 4:43 pm.
MedicalKidnap.com

Are the COVID Tests a Way to Surreptitiously Infect or Implant People?

Are the COVID tests with 6-inch (15cm) nasal swabs a way to secretly infect or implant people with direct access...
liberty aggregatorAugust 6, 2020 at 12:26 pm.
MedicalKidnap.com

The Criminal Police State is Rapidly Taking Over America – Does the General Public even Understand This?

Comments by Brian Shilhavy Editor, Health Impact News As we watch life in the U.S. change completely to something nobody...
liberty aggregatorAugust 5, 2020 at 4:19 pm.
MedicalKidnap.com

Medical Kidnapping of Children Often Based on Race and Economic Class