(NEW POLL) Dr. Fauci is _________.
We want to hear all views! Go to http://SharylAttkisson.com
now to take part in the poll. Look for black box in right sidebar on home page or, on mobile device, scroll way down. 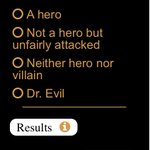 (WATCH) New threats to US a decade since Fukushima | Sharyl Attkisson

Congressmen Jim Jordan (R-OH) and Mark Meadows (R-NC) have requested an update from the Attorney General on the prosecution of former FBI director Andrew McCabe. Below is an except of the letter requesting the update.

“We write to request an update on the Justice Department’s investigation and prosecution of former Federal Bureau of Investigation (FBI) Deputy Director Andrew McCabe. The Justice Department Office of Inspector General (DOJ OIG) referred McCabe’s lack of candor to the United States Attorney for the District of Columbia almost a year ago. McCabe’s pattern of lies to the FBI and OIG officials was particularly troublesome because they were intended to cover up media leaks that would benefit McCabe personally and professionally…”

The full request letter can be viewed here: https://republicans-oversight.house.gov/wp-content/uploads/2019/03/2019-03-20-JDJ-and-MM-to-AG-Barr-re-McCabe-Criminal-Referral.pdf

(POLL) Opinions split on the impact of Jan. 6 and its handling