USDJPY nearing a level where the BOJ was puking tsys

Kolanovic: "An additional technical near-term comment: we note that month-end portfolio rebalances and expiration of quarterly option strategies should act in support of the market today." 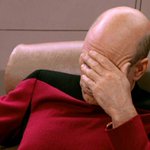 The crash will not end until he turns bearish

JUST IN: Federal prosecutors expected to file additional charges against Michael Avenatti, accusing him of misappropriating money that was supposed to be paid to Stormy Daniels, sources tell @ABC News. https://t.co/wijkFy5yDJ

On Wednesday, Avenatti said in a tweet that “no monies relating to Ms. Daniels were ever misappropriated or mishandled. She received millions of dollars worth of legal services and we expended huge sums on expenses.” Avenatti added that Daniels only paid “$100 (not a typo)” for the ‘services’ she received – which memorably included being asked to repay President Trump’s legal fees after her defamation crusade went off the rails.

In a particularly amusing series of tweets from Tuesday, Avenatti revealed that more charges would be coming, and griped that he was being ‘persecuted’ by the Feds while ‘the biggest criminal in the US’ (Trump) goes free.

With all the charges piling up against him, Avenatti is giving another famous Italian-American – one John Joseph Gotti – a run for his money. Assuming the charges all stick, we’re very much looking forward to watching Avenatti represent himself during the media circus these trials will inevitably generate.

U.S. Attorney Announces Indictment Of Michael Avenatti For Aggravated Identity Theft, Engaging In A Scheme To Defraud A Former Client

Geoffrey S. Berman, the United States Attorney for the Southern District of New York, and William F. Sweeney Jr., Assistant Director-in-Charge of the New York Office of the Federal Bureau of Investigation (“FBI”), announced the indictment today of MICHAEL AVENATTI on fraud and aggravated identity theft charges.  As alleged, AVENATTI used misrepresentations and a fraudulent document purporting to bear his client’s name and signature to convince his client’s literary agent to divert money owed to AVENATTI’s client to an account controlled by AVENATTI.  AVENATTI then spent the money principally for his own personal and business purposes.  The fraud and aggravated identity theft case is assigned to U.S. District Judge Deborah Batts of the Southern District of New York.

AVENATTI was separately indicted today on extortion charges, which were the subject of a previous Complaint and arrest of AVENATTI, relating to his alleged attempt to extract more than $20 million in payments from Nike, Inc., by threatening to use his ability to garner publicity to inflict substantial financial and reputational harm on the company if his demands were not met.  That case is assigned to U.S. District Judge Paul Gardephe of the Southern District of New York.

Manhattan U.S. Attorney Geoffrey S. Berman said:  “Michael Avenatti abused and violated the core duty of an attorney – the duty to his client.  As alleged, he used his position of trust to steal an advance on the client’s book deal.  As alleged, he blatantly lied to and stole from his client to maintain his extravagant lifestyle, including to pay for, among other things, a monthly car payment on a Ferrari.  Far from zealously representing his client, Avenatti, as alleged, instead engaged in outright deception and theft, victimizing rather than advocating for his client.”

According to the allegations in the Indictment unsealed today[1]:

From August 2018 through February 2019, AVENATTI defrauded a client (“Victim-1”) by diverting money owed to Victim-1 to AVENATTI’s control and use.  After assisting Victim-1 in securing a book contract, AVENATTI allegedly stole a significant portion of Victim-1’s advance on that contract.  He did so by, among other things, sending a fraudulent and unauthorized letter purporting to contain Victim-1’s signature to Victim-1’s literary agent, which instructed the agent to send payments not to Victim-1 but to a bank account controlled by AVENATTI.  As alleged, Victim-1 had not signed or authorized the letter, and did not even know of its existence.

Specifically, prior to Victim-1’s literary agent wiring the second of four installment payments due to Victim-1 as part of the book advance, AVENATTI sent a letter to Victim-1’s literary agent purportedly signed by Victim-1 that instructed the literary agent to send all future payments to a client trust account in Victim-1’s name and controlled by AVENATTI.  The literary agent then wired $148,750 to the account, which AVENATTI promptly began spending for his own purposes, including on airfare, hotels, car services, restaurants and meal delivery, online retailers, payroll for his law firm and another business he owned, and insurance.  When Victim-1 began inquiring of AVENATTI as to why Victim-1 had not received the second installment, AVENATTI lied to Victim-1, telling Victim-1 that he was still attempting to obtain the payment from Victim-1’s publisher.  Approximately one month after diverting the payment, AVENATTI used funds recently received from another source to pay $148,750 to Victim-1, so that Victim-1 would not realize that AVENATTI had previously taken and used Victim-1’s money.

Approximately one week later, pursuant to AVENATTI’s earlier fraudulent instructions, the literary agent sent another payment of $148,750 of Victim-1’s book advance to the client account controlled by AVENATTI.  AVENATTI promptly began spending the money for his own purposes, including to make payments to individuals with whom AVENATTI had a personal relationship, to make a monthly lease payment on a luxury automobile, and to pay for airfare, dry cleaning, hotels, restaurants and meals, payroll, and insurance costs.  Moreover, to conceal his scheme, and despite repeated requests to AVENATTI, as Victim-1’s lawyer, for assistance in obtaining the book payment that Victim-1 believed was missing, AVENATTI led Victim-1 to believe that Victim-1’s publisher was refusing to make the payment to the literary agent, when, as AVENATTI knew, the publisher had made the payment to the literary agent, who had then sent the money to AVENATTI pursuant to AVENATTI’s fraudulent instructions.

AVENATTI, 48, of Los Angeles, California, is charged in the fraud and aggravated identity theft indictment with one count of wire fraud, which carries a maximum penalty of 20 years in prison, and one count of aggravated identity theft, which carries a mandatory term of imprisonment of two years in addition to the sentence imposed for the wire fraud charge.

The maximum potential sentences in both cases are prescribed by Congress and are provided here for informational purposes only, as any sentencing of the defendant will be determined by the judge.

Mr. Berman praised the work of the FBI and the Special Agents of the United States Attorney’s Office for the Southern District of New York, and noted that the investigation is ongoing.

The cases are being handled by the Office’s Public Corruption Unit.  Assistant United States Attorneys Matthew Podolsky, Robert L. Boone, and Robert B. Sobelman are in charge of the prosecutions.