Using aggression to stop drug abuse kills more people than the drugs themselves! As #WarOnDrugs escalates, less of our law enforcement $$ is spent on rapists, murderers, & thieves. Is this the best way to deal with the drug problem? #libertarian #marijuana 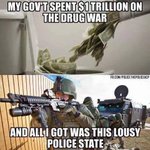 The most important property we own is our body. To argue against self-ownership is to argue FOR slavery. When someone tells us that we can't self-medicate, even to save our own lives (e.g., the #FDA), they claim ownership over our bodies. 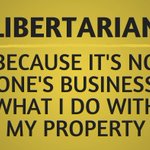 Minorities are the victims, not the initiators of aggression. Their only crime is not agreeing with the priorities of the majority. Taxation is intolerance for the preferences and even the moral viewpoints of our neighbors. Through taxation we forcibly impose our will on others. 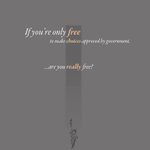 The #WarOnTerror kills many times more innocents than terrorists. Labeling these deaths "collateral damage" doesn't bring them back or give grieving families less incentive to join the jihad against us. Killing people is #terrorism. 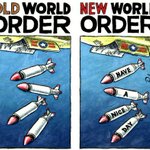 #Taxation & other forms of aggression-through-government are so taken for granted that we say, "Nothing is certain except death & taxes". #Slavery was once as universal. Taxation is now thought to be indispensable, just as slavery once was. 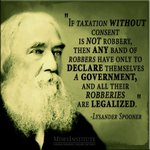 On July 9, President Trump lashed out at Pfizer for increasing prices of 41 drugs and lowering prices for 5. According to a Trump tweet, “Pfizer and others should be ashamed that they have raised drugs prices for no reason. They are merely taking advantage of the poor… We will respond!”

Just a day later, Pfizer agreed to defer these prices hikes that went into effect last week after meeting with Trump, who had talked to Pfizer chief executive Ian Read and Alex Azar, Secretary of Health and Human Services, after a discussion of how to deal with rising drug prices.

Ian Read could have told the president that there is a very good reason for ever-increasing prices. He could have told Trump that the soaring regulatory demands of the FDA makes these price hikes inevitable, but probably didn’t dare. Drug companies are well aware that the FDA can “punish” those who speak out against the agency by dragging their feet on upcoming approvals or any steps along the way. Consequently, you’ll rarely hear a complaint about the FDA from drug company executives. The FDA has kept life-saving drugs off the U.S. market to teach companies that criticize it a devastating lesson.

Lowering drug prices by fiat will destroy pharmaceutical innovation by decreasing the amount of money available for research and development. No matter how much money someone has, they can’t buy a cure that hasn’t been invented. People who might have been saved by that cure will die without knowing that their premature death was totally avoidable. However, there is a way to slash drug prices, virtually overnight, by removing the waste from the regulatory red tape.

As you can see from the following figure, prescription drug prices rise as the cost of regulatory-driven research and development do. According to studies done by Tufts University, the increasing costs are due to the FDA’s demands for more elaborate clinical studies. Without these studies, the agency will not approve new drugs for marketing in the United States.
We might be willing to pay the higher costs of regulation and the soaring pharmaceutical prices that they engender if drugs were safer and more effective. By any measure that we use, however, this doesn’t appear to be the case.

The rate at which newly approved drugs are withdrawn from the market when side effects occur hasn’t changed much in the last several decades, but is steady at about 3.3%. Indeed, the biggest drug disaster in U.S. history was FDA-approved Vioxx. By the agency’s own estimates, Vioxx was responsible for at least 140,000 heart attacks and 60,000 deaths. Properly prescribed drugs are now the 5th leading cause of death in the United States.

In many ways, the finding that all of these extra studies don’t improve drug safety is not surprising. Most “bad” drugs get to market because our science isn’t good enough to detect side effects that affect a subset of the population.

Effectiveness hasn’t gotten better either. Most drugs only work in some, but not all, patients. If we aren’t improving safety and effectiveness with regulations that increase every year, we could slash pharmaceutical prices virtually overnight by getting rid of this waste. The data suggests that drug prices would be about 5-10% of what they are now if we rolled back regulations that don’t give us more safety and effectiveness. Innovation would soar!

Don’t expect drug companies to tell President Trump how to slash drug prices, while stimulating innovation, though. They can’t afford to anger the FDA. Maybe someone should educate our president and Alex Azar before they destroy life-saving pharmaceutical innovation in a vain attempt to control drug prices.

Figure and statistics taken from my new book, Death by Regulation: How We Were Robbed of a Golden Age of Health and How We Can Reclaim It.