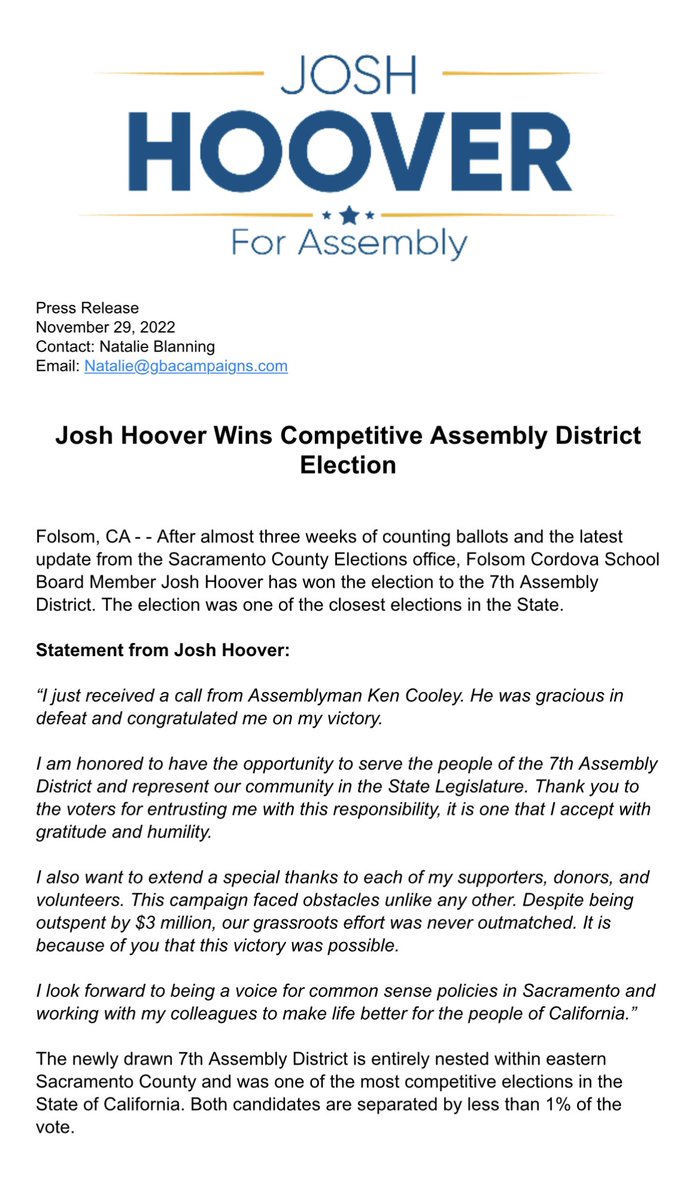 Gavin Newsom just announced a $300 billion budget. Twenty years ago, it was $100 billion. And everything has gotten worse.

This spectacular failure of “progressive” politics is becoming intolerable to even the most left-leaning Californians. In San Francisco, they ousted their school board members in a landslide and are about to do the same to their DA.

That’s why this is the year we can start to change things. Ballots are out and I wanted to pass along a few recommendations for state offices:

I’m running for the 3rd Congressional District. It covers 10 counties, but I’m grateful to have loyal supporters from every part of California.  You can see my website at ElectKevinKiley.com

I want to be a voice in Congress for all California conservatives and patriots. Because I know that you believe, as I do, that California is worth fighting for and America is worth saving.

*Sign up below to receive my updates about the elections