A hearing is ordered on 8/18/2022, at 1 p.m. ET in the West Palm Beach Division regarding Judicial Watch & media requests for the underlying affidavit/other warrant materials tied to the unprecedented raid on the home of Trump. READ: http://jwatch.us/1P4Qok 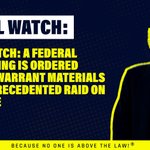 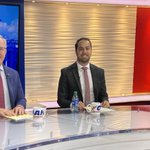 “The [Trump raid] is corrupt as the FISA warrants & every document [the FBI/DOJ] took should be returned,” @TomFitton.
Read: https://www.judicialwatch.org/biden-doj-opposes-jw/
Watch: https://youtu.be/6EMrJQrbno8 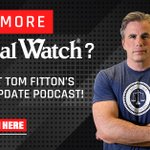 NEW Lawsuit Against Dept. of Education for Records about Investigations of Foreign Money in Colleges

When it comes to China “we’re in low-intensity warfare, at least in the sense of counter-intelligence,” Fitton concludes. A recent letter written by top-ranking House Republicans to the Secretary of Education brought this issue to light, by highlighting “the communist party’s attempt to silence academic research into the origins of the coronavirus.” In fact, it was reported late last month that over “70 universities received funding from the Chinese government and did not disclose those donations to the Department of Education,” Fitton continues.

Accordingly, Judicial Watch has requested documents through the Freedom of Information Act to investigate what could be violations of Section 117 of the Higher Education Act, which requires institutions of higher eduction to report “any donations of $250,000 or more from foreign sources in a 12 month period.” As Fitton explains:

Judicial Watch is also in court on behalf of the Zachor Institute to ensure the transparency of the Qatari government’s donations to Texas A&M University. The Qatari government, which “has been criticized for its support of islamic terrorism” has allegedly donated $1 Billion to three U.S. universities, an issue that the Zachor Institute has raised as a potential anti-semitic threat,” Fitton concludes.

NEW Lawsuit Against Dept. of Education for Records about Investigations of Foreign Money in Colleges