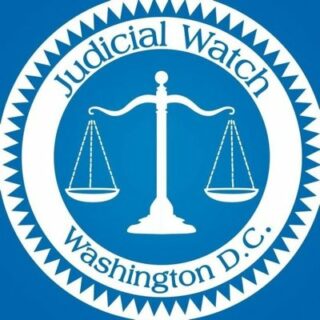 Judicial Watch received 16 pages of records from the HHS detailing the nighttime transportation of unaccompanied alien children by air from Texas to Tennessee, as well as two other flights making multiple stops across the country. READ: http://jwatch.us/7NqMfj

Judicial Watch received records from HHS regarding data Moderna submitted to FDA on mRNA COVID-19 vaccine, which indicate a "significant” number of rats were born w/skeletal deformations after their mothers were injected w/the vaccine. READ: (Washington, DC) – Judicial Watch announced today that it received 699 pages of records from the Department of Health and Human Services (HHS) regar... The teenage gang member recently arrested for the murder of a Maryland woman came to the U.S. under a special program that welcomes illegal immigrants under the age of 18 and provides them with a multitude of taxpayer benefits. READ: The teenage gang member recently arrested for the murder of a Maryland woman came to the U.S. under a special program that welcomes illegal immigrants...

Despite well-documented fraud and waste in the U.S. government’s costly and ineffective Haiti recovery campaign, American taxpayer dollars keep flowing to the poverty-stricken Caribbean island with no oversight. READ: Judicial Watch released emails received from the Department of Justice sent by former FBI official Peter Strzok and former FBI attorney Lisa Page. The records include an email from Strzok to other FBI officials about Trump’s tweets regarding them spying on him, as well as their interaction with other media outlets including CNN.

The records were produced to Judicial Watch in a January 2018 Freedom of Information Act (FOIA) lawsuit filed after the DOJ failed to respond to a December 2017 request for all communications between Strzok and Page (Judicial Watch v. U.S. Department of Justice (No. 1:18-cv-00154)). The FBI is only processing the records at a rate of 500 pages per month and has refused to process text messages. At this rate, the production of these emails will not be completed until late 2021 at the earliest.