Where does one invest in Chinese black market tutors 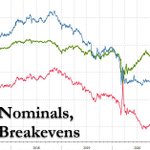 The biannual report card from the National Assessment of Education Progress (NAEP) has been released. The results indicate a lost decade for academic progress in America’s public schools, with little progress measured in eighth-grade reading and zero improvements for reading in fourth-grade or for mathematics in eighth-grade.

Despite the hundreds of billions of taxpayer dollars pumped into the education programs at state and federal levels per annum, the return on developing America’s intelligent, future leaders of tomorrow is failing.

“This has been education’s lost decade,” Michael Petrilli, president of the reform-oriented Thomas B. Fordham Institute, told The 74 Million.

NAEP was administered in 1Q2017 to a nationally representative sample of 149,400 fourth-graders and 144,900 eighth-graders. Fourth-grade scores in 2017 were unchanged in math and declined in reading, though the decline was not determined to be significant. On the other hand, eighth-graders made marginal progress in both subjects, though reading was much stronger than math.

The 74 Million said in the modern era of academic standards and school accountability over the last two decades, the flat trajectory in education progress for public school youth have left education reformers baffled.

“In some ways, the flat trajectory provides relief for educators after the especially bitter NAEP news in 2015, when scores dropped for three out of four age/subject groupings. The development came as states were still rolling out testing regimes aligned with the Common Core, and the new standards were widely (and controversially) blamed for bringing down student performance.

Although scores for American students have gone through periods of sizable and consistent growth — most recently at the dawn of the modern era of academic standards and school accountability in the late 1990s and early 2000s — results over the past 10 years have left education reformers at a loss.”

Petrilli said, “the one-point [increase] in eighth-grade reading? I’m not going to start a party for that one. We’ve been basically flat since the late 2000s. There was a time when we were making some big progress nationally, and we’re not seeing that now. The results are disappointing.”

The National Center for Education Statistics (NCES) noticed a troubling trend in test scores — spotted about two years ago. While the national average in test scores stagnated over the past decade, “scores for the highest-performing eighth-graders (those scoring at the 75th and 90th percentiles) nosed higher, while those for the lowest-performing students (those at the 10th and 25th percentiles) declined in fourth-grade math, eighth-grade math, and fourth-grade reading,” detailed The 74 Million.

“Some of the hypotheses [for growing score gaps] would include that we’re seeing some of the lingering effects of the Great Recession,” Petrilli said.

“And that can impact both kids, individually — what’s going on in their homes, if they’re experiencing greater challenges than before — and … schools, in terms of funding. If that’s a factor, you’d expect to see it most strikingly for the lowest-performing kids.”

University of Southern California education professor Morgan Polikoff said that the growing performance gap could be caused by wealth inequalities developed after the Great Recession.

“I think it’s certainly conceivable that that’s a real phenomenon — that there’s a widening of the gaps, and you sort of imagine that that might have something to do with widening socioeconomic gaps or increases in the degree of poverty among relatively poor people in the U.S.,” he explained to The 74. “That seems plausible.”

“The story seems to be no story,” he added.

“On average, it looks like not too much has changed from 2015. I think there was a good deal of progress for most grades and subjects from 1990 up to maybe 2005, 2007, 2009, somewhere in that window. And there definitely seems to have been some sort of leveling off since then.”

Among the 27 large cities across the United States for which the Department of Education published the 2017 NAEP test scores, Detroit and Fresno school districts had the lowest scores in math for eighth-graders; meanwhile, eighth-graders in Charlotte and Austin had some of the brightest students in the country.

If American exceptionalism begins with education, then why is the public school system falling apart?