.@RepLizCheney is bringing in non-Republicans from other states to help her campaign for re-election in Wyoming. 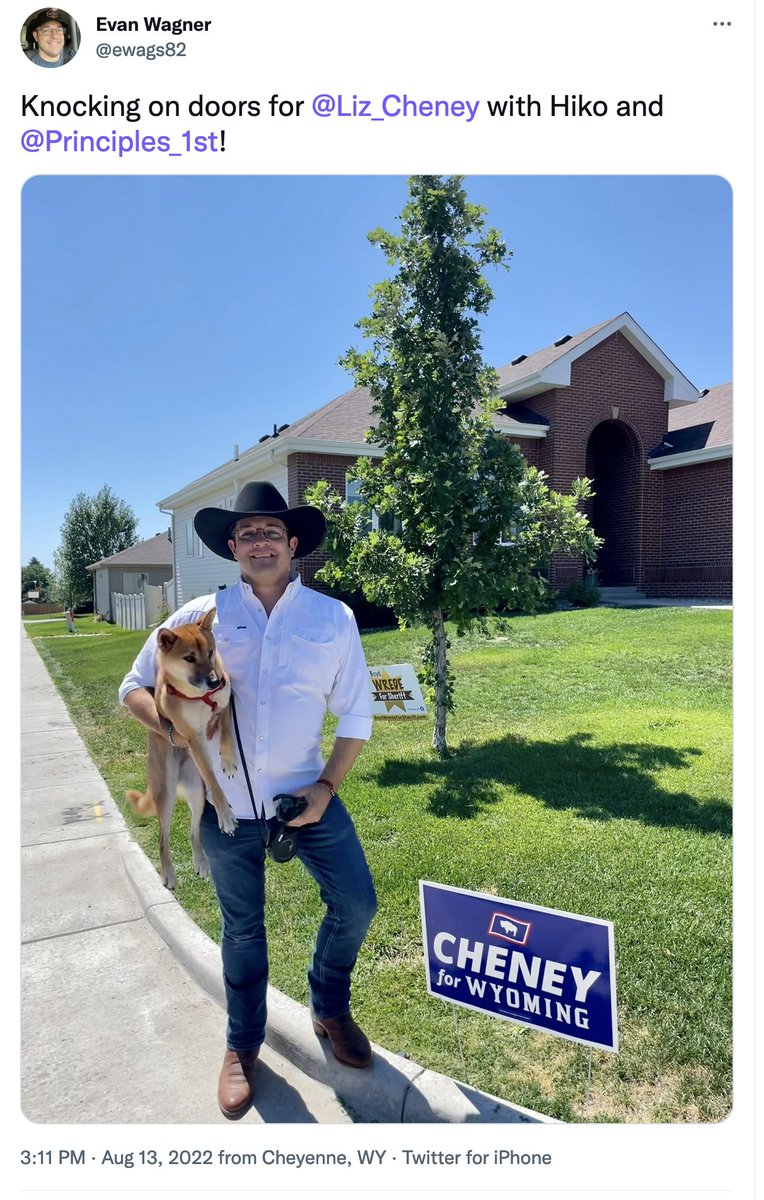 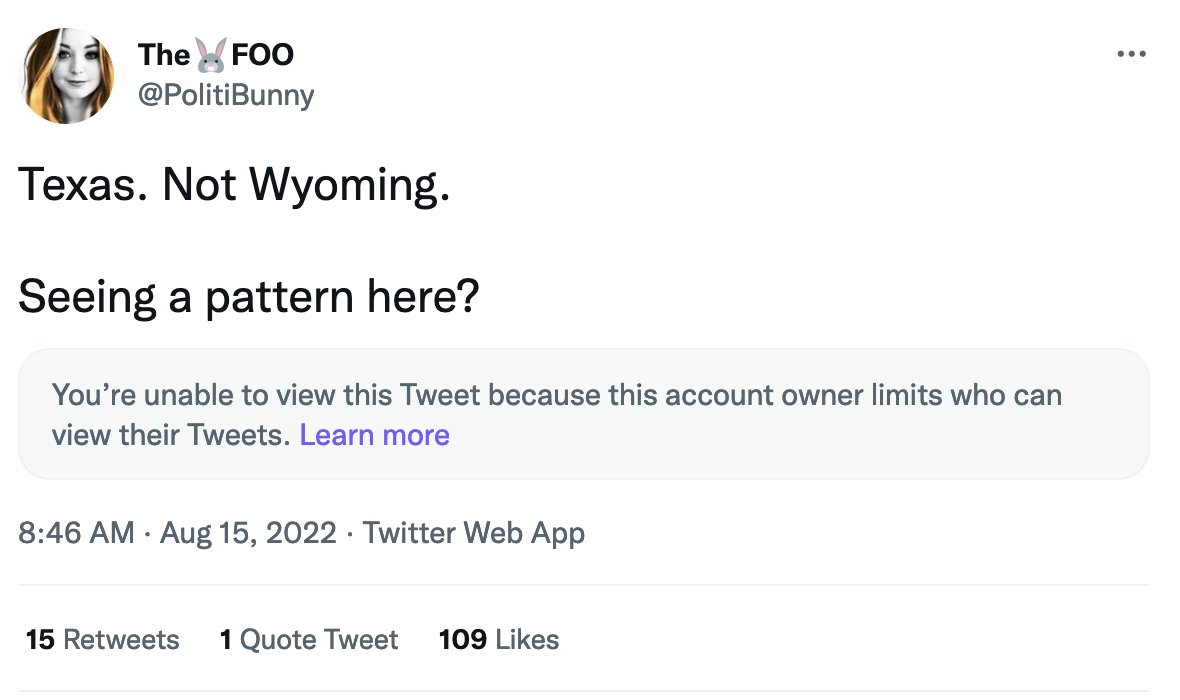 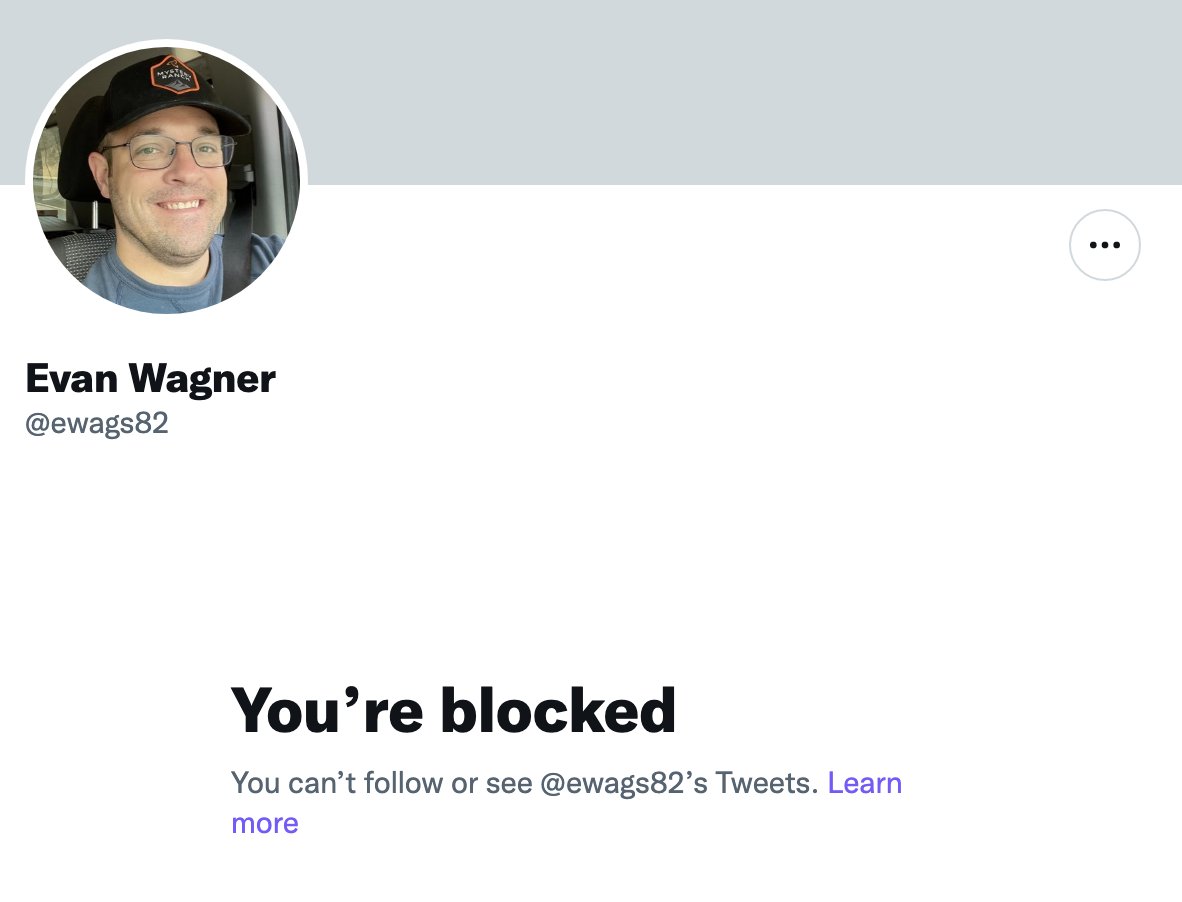 Gosh, @ewags82 - why'd you do that? Surely, you're telling Wyomingites you're not from there when you go knock on their door and beg them to vote for Liz, right? Making sure they know you're a proud ex-GOP'r? Yes?

Remember last week when FBI Director Wray had to leave a Senate Judiciary Committee early? He departed the hearing & headed to his vacation home using the FBI's Gulfstream 550 jet. He couldn’t stay to answer Qs b/c he was leaving on vacation on gov plane!
https://www.foxnews.com/politics/top-republicans-question-fbi-director-wray-over-use-taxpayer-funded-gov-plane-fly-vacation-home

New York would require people applying for a handgun license to turn over a list of their social media accounts so officials could verify their ‘character and conduct’ under a bill being considered Friday by the state Legislature. The provision was part of a proposed redesign of the state’s firearms licensing laws hammered out by lawmakers after the U.S. Supreme Court struck down rules severely limiting who could get a permit to carry a handgun outside their home. . . .

Applicants would have to show they have “the essential character, temperament and judgement necessary to be entrusted with a weapon and to use it only in a manner that does not endanger oneself and others,” according to the bill.

And as part of that assessment of good character, the bill says, the applicant has to turn over a list of any social media accounts they have had in the past three years “to confirm the information regarding the applicant’s character and conduct.” . . .

The idea that the state would let licensing officials review an applicant’s speech as a condition of getting a license infuriated gun rights advocates.

Will the Democrats who determine whether someone’s speech shows that they are of good character treat Democrats and Republicans who apply equally?

The state seems determined to have so many bans on where people can carry guns to make it extremely impractical for them to carry.

New York’s new regulations seem destined to be more restrictive than any of the existing 43 right-to-carry states.

“The bill apparently also requires four character references, take 16 hours of firearms safety training plus two hours of practice at a range, undergo periodic background checks and turn over the contact information of their spouse, domestic partner or any other adults living in their household.”