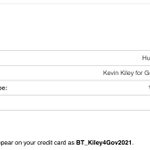 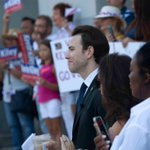 Yesterday Gavin Newsom spun a giant wheel of fortune in a scene that brought cartoon parodies of his vaccine lottery to life. Then, in an instant, he went from Pat Sajak to Julius Caesar.

“We’re still in a state of emergency,” Newsom declared. Chillingly, he added that “the emergency remains in effect after June 15” because COVID “has not vanished.” Since cases will never equal zero, this can only mean one thing: an indefinite dictatorship in the Roman mold.

Newsom’s press office then lied about what he said, prompting sharp rebukes from the Sacramento Bee, LA Times, NPR, Politico, and other journalists who aren’t quite ready to succumb to a 1984-style Ministry of Truth.

I’m going to try again to pass ACR 196, my Resolution to terminate Newsom’s emergency powers. But frankly, his refusal to end the emergency hardly matters: either way he’ll keep abusing his power until he’s removed from office.

As one example, consider the latest on masks. Newsom is still railing against “anti-mask extremists” when that now includes the governors of 48 states; California and Hawaii stand alone in defying the CDC. And now, in a fit of sheer lunacy, his Administration is requiring masks in the workplace through next year wherever a single employee is unvaccinated.

Then there’s our kids, who are being forced to wear masks even at recess. Every scientific study has found such cruelty to be senseless. In fact, two new studies – one from the CDC, the other funded by Mark Zuckerberg – show no benefit to masks in school at all. Our next Governor may need to declare a youth mental health crisis if that’s what it takes to restore normalcy.

But I do have some good news when it comes to schools: We’ve defeated the year’s most corrupt bill, AB 1316, which could have shut down hundreds of charters. Thank you to everyone who fought back to protect what remains of school choice in California.

Help me keep fighting for California