@p_ferragu When there are macroeconomic risks, it is generally wise to avoid using margin loans on any company, as stocks may move in ways that are decoupled from their long-term potential

BUT INFOSEC AND COMPLIANCE CONTROLS AT THE BANKS WILL NEVER LET THAT THING BEHIND THE FIREWALL.

SO EVERY ANALYST ABOUT TO SPEND THE NEXT FIVE YEARS HANDTYPING PROMPTS ONTO THEIR PHONE THEN COPYING OUTPUTS BACK TO DESKTOP.

Whitehead: The Constitution Has Already Been Terminated 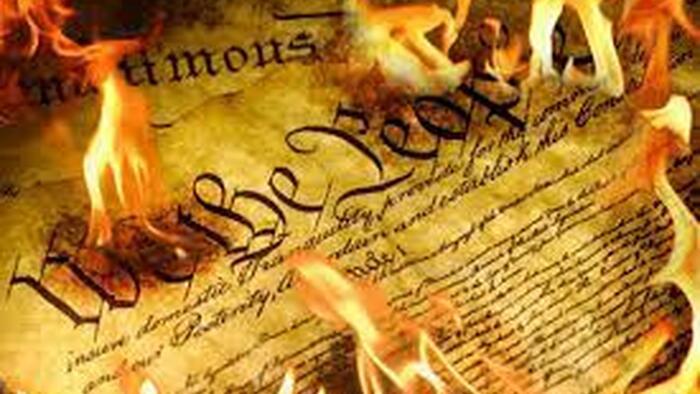 Whitehead: The Constitution Has Already Been Terminated

...one could well make the case that the Constitution has already been terminated after years on life support...

No F-35 For Turkey If Russia Arms Deal Goes Forward: US Envoy

The United States will stop Turkey from flying and developing the F-35 stealth jet if Ankara moves forward with their purchase of Russia’s S-400 missile system, according to Kay Bailey Hutchison, the US envoy to NATO.

“There will be a disassociation with the F-35 system, we cannot have the F-35 affected or destabilized by having this Russian system in the alliance,” Hutchison told reporters in Brussels. “Everything indicates that Russia is going to deliver the system to Turkey and that will have consequences,” she added.

“There will be a disassociation with the F-35 system, we cannot have the F-35 affected or destabilized by having this Russian system in the alliance.”

Turkish President Tayyip Erdogan, however, vowed on Tuesday to push forward with their purchase of the Russian system, according to Reuters.

“We will hopefully start to receive the S-400 systems we purchased from Russia next month, Erdogan told his AK Party in parliament, adding: “Turkey is not a country that needs to seek permission or bow to pressures. The S-400s are directly linked to our sovereignty and we will not take a step back.”

The United States says the jets, made by Lockheed Martin Corp., give NATO forces a number of technological advantages in the air, including the ability to disrupt enemy communications networks and navigation signals.

Turkey produces parts of the F-35s fuselage, landing gear and cockpit displays. Hutchison said Ankara was an important partner in that production but that security concerns about Russia were paramount.

“So many of us have tried to dissuade Turkey,” she said. –Reuters

The United States has offered Turkey its more expensive Patriot missile system – first at full price, and then at a steep discount – however, issues arose over a timely delivery of the Raytheon-made systems.

Turkey has also complained that NATO allies have abandoned it during periods of uncertainty, causing them to seek alternatives elsewhere.

Germany and the United States stationed Patriot surface-to-air missile batteries in Turkey on a temporary basis in 2013 but moved them out in 2015, citing demands on assets elsewhere.

Washington also warned Ankara that it will face U.S. sanctions over the agreement with Moscow, a move that could deal a significant blow to Turkey’s ailing economy and its defense industry.

Turkey has dismissed the U.S. warnings, saying it would take the necessary measures to avoid complications, and proposed to form a joint working group with Washington to assess concerns. It has said U.S. officials have yet to respond to the offer. –Reuters

The US military, meanwhile, has stopped training Turkish pilots on the F-35.

Later this week, Erdogan and Trump will sit down at the G20 summit in Japan, where they are expected to discuss the issue. According to one senior NATO diplomat cited by Reuters, it will likely be the last opportunity for the two nations to reach an agreement.

“It’s not over until its over, but so far Turkey has not appeared to retract from the sale,” said Hutchison. “The consequences will occur, we don’t feel there’s a choice in that.”

No F-35 For Turkey If Russia Arms Deal Goes Forward: US Envoy