This is why employees of media corporations with the job title "journalist" so desperately agitate for more online censorship. They know they'll have no audience unless it's a captive one, and they know they will be exposed if dissent from their lies and propaganda can be heard.

Didn't Anyone See The 14,000 Haitians? https://www.zerohedge.com/geopolitical/didnt-anyone-see-14000-haitians

This is what the media does to anyone who dissents from liberal orthodoxy: 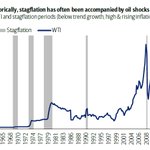 In the aftermath of the Fed’s second consecutive dovish capitulation, which while framed as a response to the slowing economy (a slowdown which the Fed completely missed as recently as December when 9 FOMC officials expected 1 or more rate hikes and now expect 0) but was really meant to support assets, many have taken turns to urinate and/or defecate on the grave of Fed credibility, the latest among them Nomura’s Charlie McElligott, who this morning derives an intense pleasure, and feels “vindicated” as “the Fed’s hilarious tightening / normalization “clown car” experiment (and ensuing credibility farce) is now complete.”

To avoid “diluting” his stream (of consciousness and/or metaphorical Fed graveyard micturation), we will present his full rant as extracted from his morning post in its entirety, just as a #timestamp for posterity, which may one day be curious when it all started to turn for the modern-day central planners.

Outside of this morning’s Brexit spasm…I’m going all-in on the Fed and our worst “Balance-Sheet Recession” past / “Japanifcation” / “end-of-cycle” worst fears seemingly being confirmed, which now looks to have indeed set us permanently stuck within “The QE Trap.”  Richard Koo quotes, hashtags AND Wu Tang Clan references….get it all “hot” below.

Allow me to get this off my chest immediately: the Fed’s hilarious tightening / normalization “clown car” experiment (and ensuing credibility farce) is now complete, and I feel….vindicated.

I was openly dismissed / laughed-at by many, many investors late last Spring – early last Summer when I first-posited my “UST steepener” call (specifically expressed in a 5s30s curve cap) off the back of my long-held 2018 “Two Speed Year” thesis, based-upon a then-building “tightening ourselves into a slowdown” impulse which would metastasize- then-force the Fed to pivot away from “tightening” and towards “easing” as early as 2019—all because the market would experience a late 2018 “Financial Conditions Tightening Tantrum.”

Obviously this “Fed credibility loss” dynamic is nothing new for the institution, and in this case, the issue isn’t so much about the (pathetic) flip-flop driven by their tone-deaf failings last year into this year.  Remember, three months ago the FOMC was projecting two hikes this year—now they’ve not just ‘nuked’ those to ZERO, but they also had to “TAPER THEIR TAPER” lolol—which net/net AGAIN shows a remarkably consistent inability from the Fed to see things coming which the market “somehow” consistently ‘does’ see.  Thus, the Fed’s perpetually reactive / defensive posture (and fear of their own shadow).

Instead and on a larger horizon, the Fed’s credibility issue is about the simple-fact that for over 10 years now, market participants have already long-realized that, per the lessons of Japan from 1990-2005, the U.S. variety “balance-sheet recession” of 2007-09 would then lead us down the path of “the QE trap”…and here we are, “realizing” in real-time.

Let me turn it over to the master of this concept—Richard Koo—and this amazingly-prescient quote from LONG ago:

The QE “trap” happens when the central bank has purchased long-term government bonds as part of quantitative easing. Initially, long-term interest rates fall much more than they would in a country without such a policy, which means the subsequent economic recovery comes sooner. But as the economy picks up, long-term rates rise sharply as local bond market participants fear the central bank will have to mop up all the excess reserves by unloading its holdings of long-term bonds.

Demand then falls in interest rate sensitive sectors such as automobiles and housing, causing the economy to slow and forcing the central bank to relax its policy stance. The economy heads towards recovery again, but as market participants refocus on the possibility of the central bank absorbing excess reserves, long-term rates surge in a repetitive cycle I have dubbed the QE “trap.”

How’s that for seeing the future?

Now time for some #REALTALK from the philosopher / pseudo-economist deep inside of me:

Now we see the Fed “stuck on this hamster wheel” because neither markets nor the economy apparently can withstand a rising interest rate environment.  At the same time, we are again seeing the ECB re-engage in another TLTRO scheme (and already previously failed, save for creation of a credit mkt bubble).  Look at the EGB curve.  Look at the JGB curve.  And outside of this nascent tactical “steepening” in UST 5s30s, look at US curves, as we witness the front-end inversions spread like wildfire (particularly my favorite “PRE-EASING” signal ED2-6 spread (which our back-tests told us that since inversion Dec18 that on average we should expect “easing” approx. 8-9m thereafter), inverting effectively back to “peak inversion lows” since Jan08.

Realistically in the near-term, the Fed’s now singular “inflation” mandate will allow them to posture in pursuit of reflationary policies, which should then provide near-term upside for inflation-sensitive assets, especially as policy-rate cuts and bond purchases are now implicitly the next move from here.  Powell yesterday: “If inflation expectations are below 2 percent, they’re always going to be pulling inflation down and we’re going to be paddling upstream…’’ (to keep prices up).

But I’ve got news for you, Chair Powell.  The Fed hasn’t hit 2 percent inflation on a sustained basis since formally adopting that objective in 2012.  IT AIN’T COMIN’ IF YOU ‘PRICE-TARGET’ OR ‘AVERAGE’ TO ATTEMPT AND ‘RUN HOT’ EITHER, CHIEF.

Long-term ‘inflation expectations’ will never truly be move higher without full-scale fiscal stimulus (or the future-state of outright ‘helicopter drops,’ shudder)…because debt, disruption and demographic forces are too strong.  #BUYBONDS and #PASSOUT