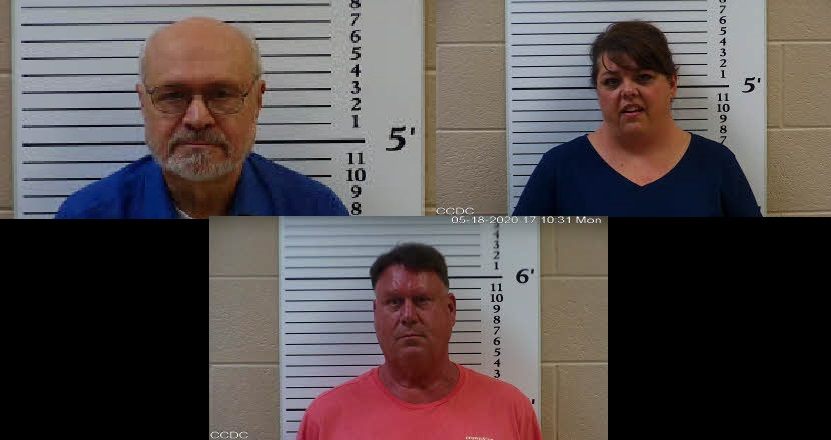 The Carolina Public Press reported this week (May, 2020) that three current and former Cherokee County Department of Social Services leaders have been arrested on dozens of criminal charges for separating children from their parents without the oversight of a judge, a practice that is alleged to have been going on for years.

Kate Martin and Frank Taylor wrote the article in the Carolina Public Press.

This is not the first time that Health Impact News has reported news about corruption in Cherokee County, North Carolina, over illegally kidnapping children through Social Services.

In 2018, Associated Press reporters Mitch Weiss and Holbrook Mohr broke the story of how social workers in Cherokee County had been reportedly coercing parents and taking their children illegally, bypassing the court system by threatening to adopt out their children or throw the parents in jail if they refused to sign paperwork known in NC as a CVA – Custody and Visitation Agreement. See:

In 2019, Kate Martin, reporting again for the Carolina Public Press, reported that an internal memo revealed that state officials knew that Cherokee County Department of Social Services was illegally removing children from their homes, allegedly HUNDREDS of them, before a civil lawsuit was filed in 2018 and before a request was made for a State Bureau of Investigation probe into the matter. See:

Grand jurors had agreed to indict three current and former employees of the Cherokee County Department of Social Services on all 41 charges. The N.C. attorney general’s office is handling the prosecution of the three defendants. The indictments come after more than two years of investigations by state and potentially federal authorities. They also do not cover all of the allegations of misconduct, meaning more charges could surface in the future.

But they stand to shake up Cherokee County because of who was indicted and why, as well as who had backed them despite ongoing criminal investigations.

The indictments may also have important implications for the accountability of social services agencies across North Carolina, as well as the N.C. Department of Health and Human Services, which intervened in Cherokee County while the investigation was underway.

If you are new to the topic of “medical kidnapping” or kidnapping of any kind by State funded social workers, you might be tempted to wonder why North Carolina has such a horrible problem of corruption and of kidnapping children based on these reports.

However, this goes on in all 50 states within the U.S., and since we have been reporting on these horrible stories since 2014, North Carolina might not even make our top 5 in States that have the worst record of abusing children and kidnapping them.

And now with the current COVID-19 government response, this problem could get a lot worse, as states have even more reasons to take children away from their parents and traffick them through the foster care system. See:

If Your Child Tests Positive for COVID will They be Removed from your Home? Washington Hires More CPS Workers to Prepare

From MK Ultra Mind Control to Lab Created Viruses: How the U.S. Government Keeps Experimenting on Its own Citizens

Senior NHS Board Member Warns: Stop The Genocide Or Our Children Are Next, as Pfizer Seeks Permission in UK and US to Inject 12 to 15 Year Olds

Living in Enemy Territory: Is This What you Want America? If not, Here’s What Needs to Happen to Take America Back