New York descending back to the 1970s: two gun-toting men held up diners eating outside Philippe Chow on E 60th street, One man was shot

Psst, you can buy some Chinese junk for 14%. 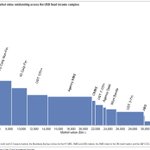 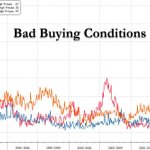 stop breathing out all that evil CO2

Options Uncertain As Trader Warns “Nothing Is Priced In”

We’ve been told for months that this vote will matter more than most, not just for the U.S. but for the rest of the world. We are here and now. Give us a couple of quiet days to start the week and all of a sudden we are now getting variations on, it won’t really have much of an effect or, my least favorite, the “base case” is all priced in.

Whatever markets choose to do, or not do, between now and the near future, nothing is priced in but some overly simplified assumptions of potential outcomes. Even if you were to look at the upcoming vote only through the blinkered eyes of financial market chauvinism, it’s a dangerous conceit to declare that the show’s over folks and it is time to move on.

Of course, what makes this particular election unique is that despite some pretty strong numbers, and a wonderfully low unemployment rate, it isn’t about the economy, stupid. If it were, we wouldn’t be looking at so many races that are too close to call.

In the run-up to the vote, volumes are running low and ranges have been nonthreatening. That shows traders are more nervous than usual but not much else.

What is more useful is to look at what price is being commanded through overnight options to compensate for the perceived headline risk. It’s worth looking at because, barring the completely unexpected, these instruments often have an uncanny ability to contain, or at least slow, the price action. Makes sense because we know some business will be transacted at these levels. And they can, as a result, end up being nice intraday chart points that get revisited.

Ten-year U.S. Treasury futures are currently pricing around 8 basis points for the straddle.

For context, they went into last Friday’s non-farm payrolls report at 5 basis points. The cash yield is currently just shy of 3.20%, and that strikes me as pretty clever pricing given the meaningful support and resistance levels.

It would take some awfully big news to smash through either side on a first go around. And remember, no one thinks this week’s FOMC meeting will be a rates game changer.

To get a look at the euro through the event, you would have to pony up just over 70 pips worth of premium. That’s a price tag we haven’t seen since earlier this past summer. And certainly doesn’t feel like the holiday sales are upon us. The downside exposure drops you right into the teeth of hefty support and the upside is playing for a break-out from an area we have seen supply before. If this straddle pays off, we could be in for some fun, he said as Italian BTPs just made a new low on the day.

At first blush that seems high, but after further review from the replay booth known as my chart pack, it looks reasonable. After October, emotions are running high in the equity markets. We find ourselves this morning sitting right on top of the 38.2% retracement level of the move down that started October 3rd.

Momentum off the lows from Oct. 29 looked good but has since stalled. We are going into this event, I imagine not coincidentally, at a very important technical level, with room to move in either direction.

Whatever happens after the fact, don’t let anyone tell you it was all obvious. Consensus base cases or not.

Options Uncertain As Trader Warns “Nothing Is Priced In”