There are many peoples and nations of the world that still maintain, to a significant degree, traditional non-Pharmaceutical -based healing practices. Think China, India, Indonesia, for starters. The Technocrats seemingly want that to end. How severe will the blowback be? https://twitter.com/PostOpinions/status/1391201527172407305

What you thought you knew about autism is all wrong. Take an hour and watch this interview of Jamison Handley, non-speaking son of @GenRescue. Your world will never be the same. It's amazing. I'm so proud to have contributed to this life-changing piece. #ANewHope #S2C #RealNews https://twitter.com/HighWireTalk/status/1390632057072668674 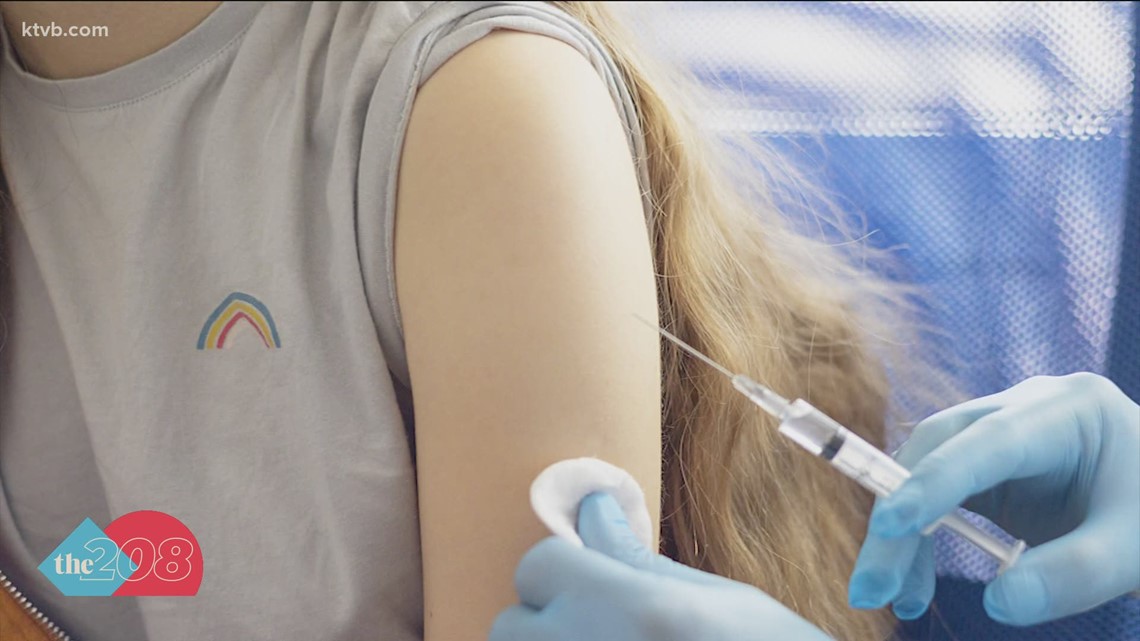 Some parents say 'hard pass' on vaccinating children against COVID-19

Some Idaho parents say they will not be getting their children vaccinated when the vaccine becomes available.

PARENTAL CHOICE: On The Springboard or Chopping Block?

The US, along with other countries, are in a full-blown race to empower parental choice. Who’s moving in opposition to parents? As a parent, it is your body, your choice, which also extends to your children, when exercising how you are to be treated medically. However an effort is happening on many fronts, rooting in law and fully supported by corporate media outlets, aiming to change the long-sacred order of personal sovereignty.

In 2017, Italy’s population failed to stop the rushed attempt by their government to enact the Lorenzin decree. A decree which mirrored California’s highly contested Senate Bill 277 (SB277) making several vaccines mandatory for children for inclusion in Italian schools and daycares. Recently elected populist leader Matteo Salvini, running on a campaign promise to rollback forced vaccines for schoolchildren, appears to be making good on at least part of his word. The NY Times recently reported, “Italian parents will no longer have to provide state-run schools with a doctor’s note to show that their children have been vaccinated…”

Meanwhile in Australia, Fox News recently reported, “The Australian government [will be] taking away roughly $21 every two weeks for each child not up to date with their required vaccinations.” The country has continually used heavy-handed techniques to force vaccines including targeting low-income families with the removal of childcare benefits, censoring media and open debate about vaccines and persecuting doctors writing vaccine exemptions.

How does the US compare to Italy and Australia? Since the fall of California’s SB277 mandatory vaccine domino in 2016, the stakes appear to be high. Prominent parental choice and patient-centered California doctor Bob Sears recently emerged from a 2015 investigation into a vaccine medical exemption he wrote for a child with his medical license intact. However, Dr. Sears has announced that he has been hit with four more cases for writing vaccine exemptions – a practice promised to be protected by SB277 California co-author Senator Ben Allen during the bill’s legislative hearings prior to being enacted.

Another blow to parental choice was recently dealt to New Yorkers. The Court of Appeals overruled two previous lower court decisions, which both found that the city overstepped its legal powers by requiring flu shots for preschoolers. The new ruling now clears the way for the shot to be required for children between 6 and 59 months before they attend child care or school programs in New York.

Health professionals have been swept up into this fight as they are close to becoming insignificant action arms to carry out bureaucratic orders. Mandatory vaccine laws and the persecution of doctors writing exemptions sends the message that health professionals are now unfit to use their years of training, education and experience when treating their patients. Laws and medical board actions are signaling not only an end to the sacred medical cornerstone of ‘do no harm,’ but to a seismic shift in how medicine is practiced moving forward with regards to ever-increasing vaccine schedules.

An urgent warning was recently given by the National Vaccine Information Center concerning the erosions of parental choice and the greater core values that our constitutional democracy faces with the continuous slide towards authoritarian medicine. The mainstream medical community has been unwilling to properly address both vaccine injury and the rights and wishes of parents to not vaccinate their children. The avenues available to anyone looking for the truth about vaccines and to defend their right to decline them appears to be legal, medical and media-based.

With most US states experiencing legislation at various stages, the most pressing issue is to activate at the state and local level to kill the bills aimed at increasing vaccination at the expense your parental choice and individual liberty. Doctors facing medical board investigations for writing vaccine exemptions constitute an unofficial assault happening behind the scenes in an attempt to create a chilling effect. We must support those doctors who are standing up publicly and refuse to be the patients of doctors who see you and your family not as individuals, but as part of an unthinking herd. Finally, investigative journalism and social media are where the hearts and minds are being won everyday. An attack is happening now that threatens not only parental choice but the very bedrock of open discussion and the free exchange of information. Two bills coming out of the  of California and New Jersey are each attempting to fight ‘fake news’ [censor the Internet]. Both bills are aiming to install government-chosen fact checkers to filter news and information. Such bills will unquestionably be used to lock-in the already pro-Big Pharma message corporate media represents. Perhaps worse, the bills would undoubtedly censor the continued science being done showing vaccine ineffectiveness and widespread harm.

Vaccination has many known risks, including death, in which the US government acknowledges every year. At best, those who cling unquestioningly to a one-size-fits-all forced vaccine paradigm could be seen as members of a child-sacrificing cult. These members enthusiastically approve of, increasing through government force, an unknown number of deaths and injuries each year to achieve a mythical ‘herd immunity.’ Are you ready to live in a country where doctors who believe in doing no harm are neutralized, where media is censored and where forced vaccine laws are enacted nationally?

PARENTAL CHOICE: On The Springboard or Chopping Block?