A sampling of “Child Abuse” Pediatricians that Health Impact News has done stories on, where children were medically kidnapped and wrongly taken from parents based on the testimony of a Child Abuse Pediatrician. (Story.)

We’ve been sounding the alarm and warning the public for years now, but few have listened. This didn’t just happen overnight.

There is a war going on in America over your children that has been raging for many years. We put a name to it in 2014, and called it “Medical Kidnapping,” and then started a website called MedicalKidnap.com.

The purpose of this website was to give families a voice, to tell the world about how they had their children kidnapped from them by State government officials, working hand in hand with doctors.

We are talking about hundreds of thousands of cases all across this country happening every year.

The system that allows this to happen is the child social services system, which is a multi-billion dollar child trafficking system run by the U.S. Government and every State, which includes Foster Care and Adoption services.

If you are not familiar with this government-sponsored child trafficking business, see our previous coverage:

From Child Protection to State-sponsored Child Kidnapping: How Did we Get Here?

The “authorities” who determine that a child should be kidnapped from their families due to medical reasons, today are primarily “Child Abuse Pediatricians,” whose sole job is to find “medical child abuse.”

If not enough parents were abusing their children, they would have no job. So they MUST find child abuse to fund their vocation.

Most of these doctors don’t even interview the child or parents, or family pediatrician, but just look at x-rays and other “evidence” to determine that a child was abused.

We have written many articles exposing this depraved profession that preys on children and innocent families, and have even published an eBook covering the history of this group of physicians. See:

This article and more is in the eBook sold at Healthy Traditions, which for a brief time is being offered to the public for FREE (usually $10.00).

Today, here in 2020, the COVID Plandemic is greatly increasing medical kidnapping, as all it takes now to remove a child from their home is a positive COVID test, either with the children, or the parents, to justify taking that child out of the home and putting them into the child trafficking system.

This Fall, when the planned “Second Wave” is going to hit, massive amounts of children are going to be medically kidnapped, probably at a pace we have never seen before. See:

The other major players who allow this wicked system to operate in the U.S., are American Christian Churches, which receive massive government funding to foster children and run group homes, where children are routinely abused and sexually trafficked.

The Evangelical Churches, the Catholic Churches, and the Mormons are the largest operators, but almost all Christian Churches participate. See:

As I have written many times over the years, if Christians would just stop taking government funds for Foster Care and Adoption, and refused to participate, it would cripple the system.

For the few children that really are abused in their homes, or are true orphans, churches and other non-profits are completely free to care for these children without taking government funding and participating in this evil, Satanic system.

The Globalists are Pedophiles 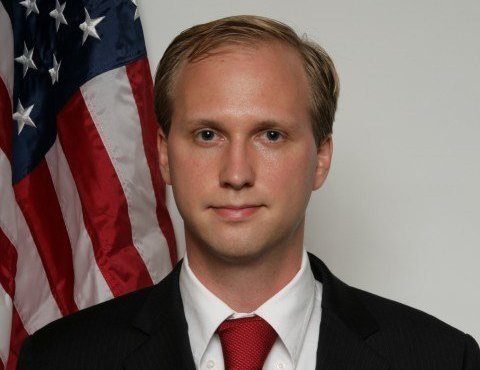 Nathan Larson, admitted pedophile and former candidate for the U.S. House of Representatives from Virginia, recommends adopting children for the purpose of using them as sex toys. Photo from his now-defunct website, NathanLarson.org. (Story.)

It is a fact that the vast majority of children that are sexually trafficked today come out of the State-funded Foster Care system. See our previous coverage of this:

This convenient Child Sex Trafficking network called “foster care,” which is paid for by the American taxpayers, allows children to be trafficked to the rich and powerful.

This child sex trafficking business among the rich and powerful was exposed through the leaked Podesta emails in 2016 during the presidential elections.

It was referred to as “Pizzagate,” and the corporate media, controlled by the CIA and the Globalists, did everything they could to squelch it and label anyone reporting on it as “Fake News.”

Instead of investigating the global child sex trafficking ring among the richest and most powerful people in the world, instead they distracted the public’s attention by trying to first impeach President Trump, and then more recently looking into allegations of criminal election fraud with former President Obama.

But Pizzagate was, and always has been, the real story.

The Globalists at the highest level are not only pedophiles, but members of the Occult. I have covered this in my previous article:

The CIA has been behind much of the worldwide child sex trafficking industry, as former FBI Director Ted Gunderson revealed in his lectures before he died.

Because so much of this has been leaked to the public, at least to those who are not spoon-fed their information by the CIA-controlled corporate news media, they had to make some attempt to address this problem.

Enter QAnon. Much of what QAnon has revealed is actually true, but almost all of the predictions of “draining the swamp” by what many now believe to be a CIA psyop, have not come to pass. There have been some arrests, but nobody in high places.

And the one person who could have revealed most of this, Jeffrey Epstein, is nowhere to be found today. The official report is he was murdered, but most feel he either committed suicide, or is still alive somewhere safely in the hands of the Globalists. 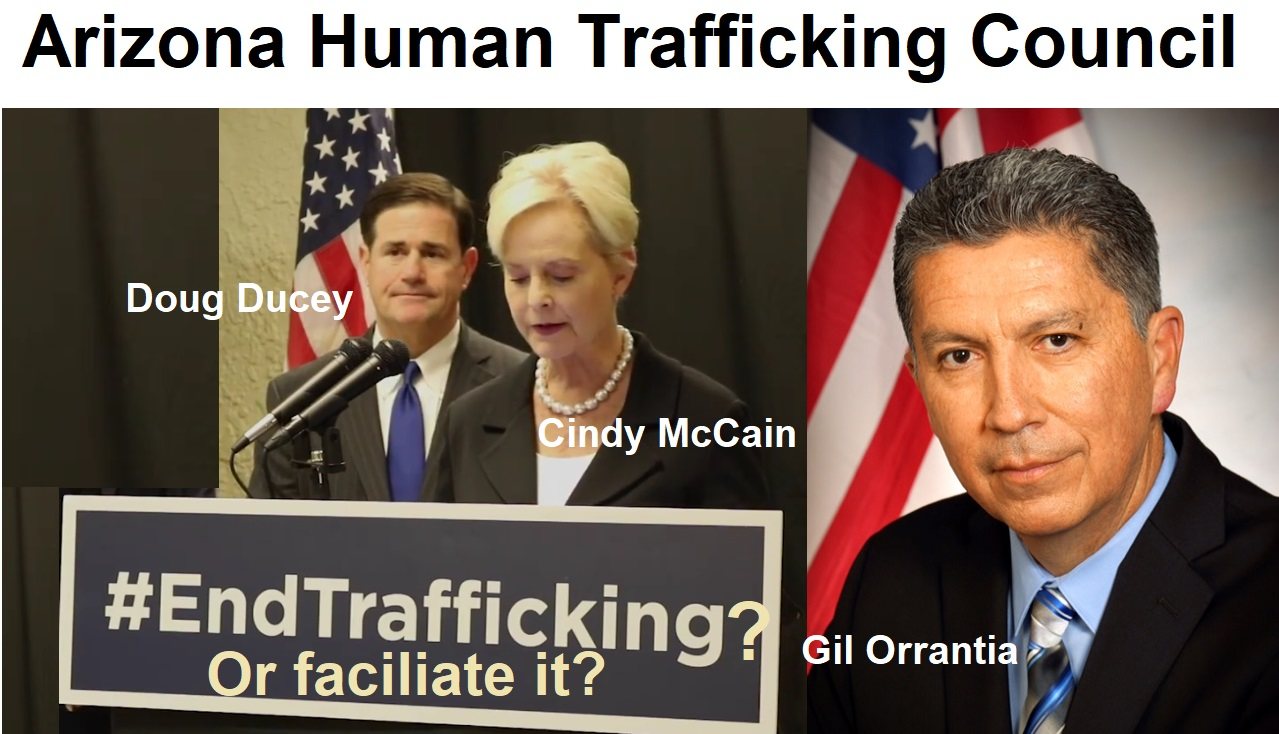 The other thing the American public should be aware of, is that many groups that claim to be fighting child sex trafficking, are probably actually facilitating it, at least behind the scenes.

We exposed this previously with Cindy McCain’s Arizona Human Trafficking Council, setup by her and Governor Ducey. See:

Is the Arizona Human Trafficking Council Preventing Child Trafficking, or Facilitating it?

Nothing has changed in Arizona as a result of her group and the massive amounts of funding they receive, as Arizona remains an International hub of child sex trafficking.

Is Arizona a Hub of Child Sex Trafficking? Why does Arizona Take the Highest Percentage of Children from their Homes?

An event in Texas this past weekend (August 8, 2020) was covered by Breitbart News with the title:

WATCH–Activists Protest Child Sex Trafficking in Fort Worth: ‘It’s Up to Us to Stop It’

It sounded like an interesting story, and I am certainly not calling into question Breitbart’s motives for covering it, but one of the first things I do when I see events like this is to research who the group is, and who the leaders are.

The group that sponsored this event was Unbound Fort Worth.

When you go to About section Staff/Advisory Council, you can see the leaders. And among the groups these leaders belong to, you can see the usual suspects involved in foster care, medical kidnapping, and therefore, CHILD SEX TRAFFICKING. Child Abuse Pediatricians, religious leaders, and other community organizations who receive government funding all seem to be involved with this group.

I don’t know this group, and I cannot positively say they are involved in child sex trafficking, but the first name on the “Advisory Council” is a Child Abuse Pediatrician associated with the CARE organization which is nationwide, and which we have covered in many of our articles in the past in participating in medical kidnapping. (Stacey Henley, RN, SANE – CARE Team Manager, Cook Children’s CARE team.)

Please get a copy of the eBook on these Child Abuse Pediatricians so you can understand how they operate. Knowledge is power!

They receive public funding, and so they are fair game to expose under the First Amendment. They have previously tried (unsuccessfuly) to get Health Impact News to take down our stories exposing them. See:

Child Abuse Pediatricians: Exposing Their Role in Medical Kidnappings to the Public

Whatever you do, do NOT send your children back to school this fall, even if the schools in your area are allowed to open back up!

NOTHING positive can happen to your child by going to a school, public or private, if they are complying with mandates to mask, socially isolate, etc.

You will be giving the State every opportunity to kidnap your child!

If you have never homeschooled before, there are many very good resources on the Internet to help you get started.

Avoid getting your children or anyone else in your family tested for COVID. This will also give the State more opportunities to kidnap your child.

Be careful where you go in public to avoid the Contact Tracers. Keep your phone off or on airplane mode to avoid being tracked.

Band together with other homeschool families you trust to plan activities for your children.

If your group finds itself in public and being confronted with law enforcement or health officials who threaten you, do not comply, and resist!

Get the entire group to sit down on the ground, with your children in your lap or closely beside you, enforcing them to arrest or try to carry away a group of homeschool moms with their babies, and RECORD EVERYTHING!

We are at war! This is a battle against Satan himself, so learn how to band together and PRAY to confront the demonic spirits in your area, because ultimately that is where the battle is going to be decided.

Every child has a guardian angel, at least one, and banding together brings these angels together as well, to confront the demons.

“See that you do not despise one of these little ones. For I tell you that in heaven their angels always see the face of my Father who is in heaven.” (Matthew 18:10)

But if you send them off to school alone, they have very little chance to survive.

Social isolation, as well as many of the COVID mandates, have their roots in the Satanic Occult and CIA torture techniques. See:

Children Have 0.00% Chance of Dying from COVID but are Harmed for Life by Social Distancing, Which has its Roots in CIA Torture Techniques

The War Against COVID is Killing Our Children

Listen instead to the words of Jesus Christ in the Bible:

Again I say to you, if two of you agree on earth about anything they ask, it will be done for them by my Father in heaven.

FREE for a limited time!