That has been the entire plan all along. 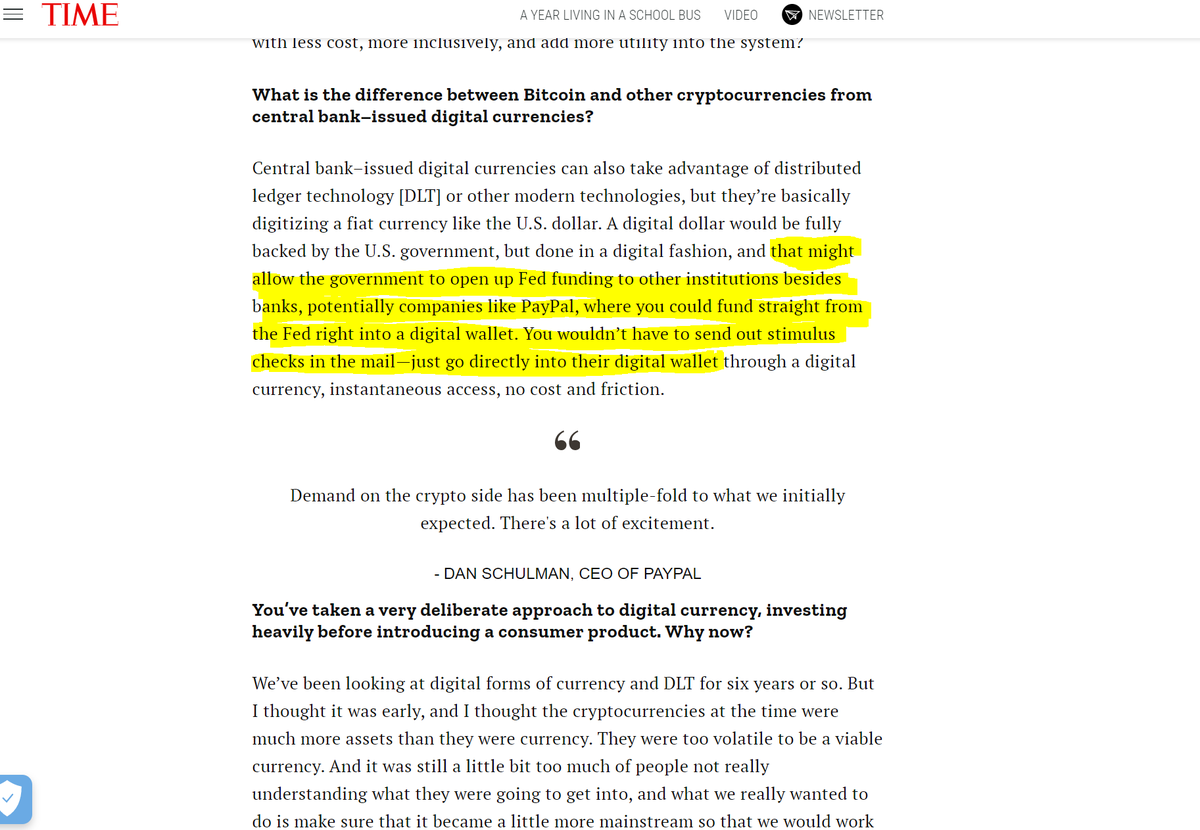 From Paypal CEO: CBDC would allow govt to "fund straight from the Fed into a digital wallet". It will be pretty ironic if one of crypto's main use cases is to allowing state to debase their currencies with previously undreamt of efficiency

Every DOGE Has Its Day https://www.zerohedge.com/markets/every-doge-has-its-day

Lumber 1700, 3 days away from catching up with gold

Suggesting that some North Korean government hardliners remain opposed to denuclearization, and may even have had political overhaul ambitions in Kim’s absence in one week, Yonhap and Reuters reported Monday morning that Kim Jong Un has removed the top three military officials from their posts ahead of the historic June 12 summit with Trump in Singapore.

While there has been no specific reason cited for the “replacement”, it is possible that Kim was worried about the military – which holds an immense amount of power in North Korean society – staging a coup in his absence one week from today.

Rumors about the officials’ removal were first reported by a Japanese newspaper early Monday local time, and Reuters later reported the rumors were indeed confirmed by a senior US official.

According to the Japanese source, the officials were replaced because they “lacked flexibility in thinking” indicating that the suddenly reformist Kim is setting out to purge the hardliners in his government. It’s widely believed that the North Korean military would oppose any denuclearization deal with its longtime arch-nemesis.

Here’s a breakdown of who is replacing who, courtesy of Yonhap:

No Kwang-chol, first vice minister of the Ministry of People’s Armed Forces, replaced Pak Yong-sik as defense chief, while Ri Myong-su, chief of the KPA’s general staff, was replaced by his deputy, Ri Yong-gil, according to the source.

These changes are in addition to Army Gen. Kim Su-gil’s replacement of Kim Jong-gak as director of the General Political Bureau of the Korean People’s Army. The replacement was confirmed in a North Korean state media report last month.

Meanwhile, North Korean state media reported that Kim Su Gil had replaced Kim Jong Gak, but was silent about the other personnel changes. Reuters added that Secretary of State Mike Pompeo spoke with Kang Kyung-hwa, his South Korean counterpart, in a 15-minute phone call on Monday where they talked about the upcoming summit.

One senior intelligence official cited by Yonhap said the firings could represent a “generational change”, as Kim – already one of the world’s youngest heads of state – seeks to install younger, forward-thinking officials who share his desire to revive the North’s moribund economy, which has been increasingly choked by sanctions passed by the US and the United Nations Security Council.

Furthermore, the firings will allow Kim to further tighten his grasp on the North Korean military. One academic who spoke with Reuters said that Kim will need to “put the KPA [Korean People’s Army] in a box and keep it there” if he’s serious about following through on his denuclearization promise.

“If Kim Jong Un is set on making peace with the U.S. and South Korea and dealing away at least part of the nuclear program, he will have to put the KPA’s influence in a box and keep it there,” said Ken Gause, director of the International Affairs Group at CNA, a non-profit research and analysis organization.

“This reshuffle has brought to the fore the officers who can do just that. They are loyal to Kim Jong Un and no one else.”

Another academic said the future of the North’s nuclear program was a “side issue” in Kim’s decision to order the military shakeup.

Given the military’s secondary role in the North’s nuclear and missile programs, the moves are likely more about installing a younger, even more trusted cohort of officials who Kim Jong Un can rely on as he confronts a variety of domestic and international issues, said Michael Madden, a North Korea expert at Johns Hopkins University’s 38 North website.

“The nuclear weapons are a side issue,” he said.

The moves are likely linked in part to Kim Jong Un’s drive to have the military take a bigger role in critical infrastructure projects. That could explain why newly appointed director of the KPA’s General Political Bureau, Army General Kim Su Gil, accompanied Kim Jong Un on a field guidance trip to a beach tourist zone with other officials, Madden said.

Kim Jong Un is also likely expecting to receive more international economic aid and investment soon as part of the ongoing talks and he wants to prevent corruption that plagued some past projects, Madden said.

Reuters confirmed that the newly installed military leaders are much younger than their predecessors.

All of the newly promoted officials are younger than their predecessors, including 63-year-old Ri Yong Gil, who is 21 years younger than Ri Myong Su.

“This points to two things: the consolidation of Kim Jong Un’s power as the sole leader of North Korea and strengthened cooperation between the North’s party and military as the country works towards further economic development,” said Yang Moo-jin, professor at the University of North Korean Studies in Seoul.

Despite their youth, all three of the new officials have experience in foreign affairs.

All three of the new military officials have at least some experience interacting with foreign delegations, a factor that is critical as Kim seeks to line up meetings with leaders from the United States, China, Russia, and Syria.

“They are shaping these guys up because there is going to be a lot of foreign interaction,” Madden said. “They know to sit there and not get too drunk at the parties … they know how to behave themselves.”

In the past, major shakeups in the North Korean military have been accompanied by high-profile executions, as Kim has ruthlessly sought to purge any potential challengers to his power. Kim once had an uncle executed as a “traitor” after he purportedly “confessed” to planning a coup. Last February, Kim executed five government officials using an anti-aircraft gun to send a message.

North Korean military leaders have long maintained that the country’s nuclear weapons program is essential to the long-term survival of the regime, which suggests that just like members of the US deep state, some senior N.Korean see the detente initiated by Kim as an irrevocable policy blunder. Talks between US and North Korean officials have continued, but are making only “halting progress”, according to one US source, as the pace of an eventual denuclearization deal remains a key point of contention.