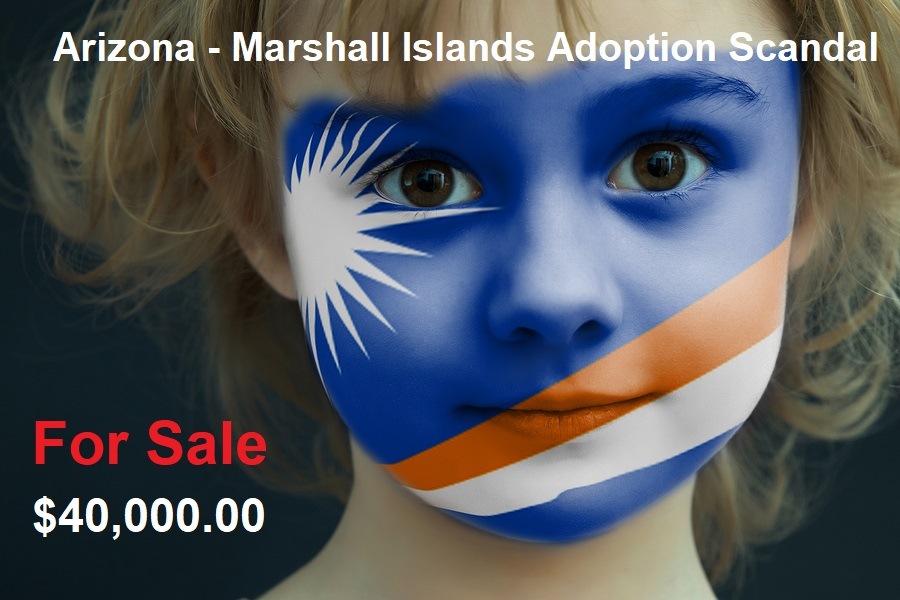 Last year (2019) Health Impact News reported on the arrest of Paul Petersen by federal agents in Arizona for illegally trafficking children from the Marshall Islands.

Paul Petersen was the Maricopa County Assessor and a Mormon adoption attorney who was arrested and indicted in three states for trafficking children through an illegal adoption scheme.

Is Paul Petersen the Only Arizona Politician Trafficking Children? The Marshall Islands Scandal

Will Paul Petersen and His Accomplices in Child Trafficking Ever See Justice?

Is There an Arizona and Mormon Connection to Child Trafficking in Arkansas and Senator Linda Collins-Smith’s Murder?

Is the Mormon Church Behind a Worldwide Child Sex Trafficking Ring Operating out of Arizona?

Dillon Rosenblatt of the Arizona Capital Times reports that a prostitution camp in the Marshall Islands, where girls as young as 15 or 16 did sex work in exchange for food and housing, provided many of the birth mothers for the children that were trafficked through adoption to the U.S.

A prostitution camp in the Marshall Islands provided many of the birth mothers caught up in former Maricopa County Assessor Paul Petersen’s allegedly illegal adoption business, according to statements attributed to his co-defendant in a warrant to seize his assets.

When she was arrested in August, Lynwood Jennet, Petersen’s co-defendant in his criminal case and his fixer in the Marshall Islands, told police that the majority of women she had recently helped Petersen recruit came from a prostitution camp where girls as young as 15 or 16 did sex work in exchange for food and housing.

Jennet said when the girls at the prostitution camp would get pregnant, she would receive a call (the name of the caller was redacted in the documents) and she would contact Petersen.

“Lynwood was asked who runs the camp, Lynwood said it was the government or businessmen,” Department of Public Safety Detective Samuel Hunt, who interrogated Jennet following her arrest, said in the sworn affidavit, which was recently unsealed.

Jennet described the camp as a place where “young girls wait for fishermen to come and dock to do shopping and what not.”

The camp was on the main island of the Marshall Islands, a small island country in the Pacific Ocean where Petersen did his Mormon mission and later ran his adoption business in violation of a treaty between the U.S. and the Marshall Islands that allows islanders to visit the U.S. for any reason without needing a visa, except they cannot come to the U.S. to offer a baby for adoption.

That provision of the treaty exists because of a long history of exploitation of Marshallese women by American adoption agencies. Petersen charged upwards of $35,000 for his adoption services, and paid the mothers, through a third party, around $10,000 per baby, though he would often skim expenses out of the final payments, the affidavit stated.

Read the full article at the Arizona Capital Times.