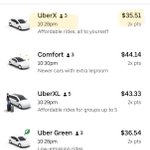 Psy-Op Of The Day: North Korea And Bitcoin

So the latest threat to global security we’re supposed to believe is cybercrime from North Korea involving Bitcoin.

There is a new report from the Royal United Services Institute for Defence and Security Studies (RUSI) called Closing the Crypto Gap: Guidance for Countering North Korean Cryptocurrency Activity in Southeast Asia.

It’s important stuff apparently. Because it’s all over the news feeds. All the major MSM outlets are covering this story by doing what they always do, quote the executive summary and dress it up as journalism.

Welcome to Fearville folks. I know a catchy title is all part of the eyeballs game of the daily news feed but come on! The RUSI report is nothing but warmed over innuendo and generalizations that could be levied at anyone who owns a Trezor and a small pile of coins they overpaid for in late 2017.

In general, North Korea could seek to use cryptocurrencies as part of its proliferation financing efforts through:

They may *gasp* get around sanctions or convert bitcoins to dollars to *gasp* BUY FOOOD!

It’s all so ridiculous it’s beyond belief. Implicit in all of these arguments is that sanctions are a legitimate tool for political gain. They aren’t. Sanctions hit the people not the regime. They starve the people of the capital they need to effect change.

So never forget that sanctions are simply punishment by evil men of ordinary people. Everything else is just what it looks like, a psy-op.

If you just read the executive summary itself you’ll see the classic scholastic trick of footnoting someone else’s speculation, in this case The UN Security Council’s Panel of Experts on North Korea, to corroborate RUSI’s speculations.

This is called appeal to authority. It’s not research. It simply says, “Some other person with an official sounding name agrees with me.” It’s not an argument.

The point here is that this report from RUSI is designed to create headlines and keep the narrative alive that the North Koreans are untrustworthy. That they are shifty, under-handed and, most importantly, dangerous.

It supports the notion that U.S. and U.N. sanctions on North Korea are justified for all reasons.

I have no doubt that North Korea is using cryptocurrencies, like Bitcoin, to circumvent sanctions. There’s little incentive for them not to. This is one of the use cases Bitcoin was designed for in the first place, serving the unbanked and the unbankable, as it were.

This report came out the same time that there is a potential summit between Kim Jong-un and Russian President Vladimir Putin. That rumor has been upgraded by Fort Russ News which seems to think Putin and Kim will meet next week.

“It is expected that Russian President Vladimir Putin will attend an event in the Russian Far East on April 24,” the source writes, adding that his sources believe that just then “the expected summit” of the two leaders could be held.

Even if that doesn’t happen there is a lot of smoke out there that Russia and China have both had enough of the U.S.’s approach to North Korean talks. It’s become clear, really, that the Russians, in particular, have had enough of the Trump administration.

The talks in Hanoi collapsed thanks to John Bolton and the U.S. added more sanctions in response. It’s all so tired and predictable at this point.

The RUSI report is designed to keep the news feed mixed on North Korea as it and China opened up a new border crossing last week and the U.S. special envoy to North Korea travels to Moscow for talks.

Putin and Kim will meet before Kim meets again with Trump and I would expect something surprising to come from that meeting with Putin. It’s clear the U.S. is not interested in solving the situation. Bolton wants North Korea as a prize and will accept nothing less.

And therefore everything else we read on a daily basis about the talks are simply misdirection and false hope. The sanctions will remain in place but they will be actively circumvented further over time.

Russia and China will continue assisting North Korea in this while saying they aren’t. The U.S. will fulminate and pile on more sanctions. And eventually everyone will stop listening. Meanwhile, trade will develop, relationships that want to develop will, the North Koreans will still have nukes and eventually someone will call the U.S.’s bluff.

Psy-Op Of The Day: North Korea And Bitcoin