My new book foretells and explains the increasingly heavy hand of censorship. What and who are behind it? What can you do about it? Be not discouraged. Be motivated!
#SLANTED
https://www.amazon.com/Slanted-Media-Taught-Censorship-Journalism/dp/0062974696

POLL: VOTE NOW: Go to http://SharylAttkisson.com home page and look for black box on right sidebar or scroll way down on mobile site. We want to hear from all views! 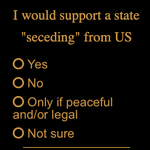 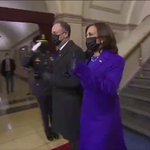 Many of us are working to try to develop alternatives that cannot suppress legal, free speech and ideas. Wikipedia co-founder Larry Sanger is working on it. (PS He left Wikipedia due to it becoming a propaganda tool...)
http://startthis.org

It's a social media feed run out of a WordPress blog. It doesn't have a special plugin; it's just a theme I adapted myself, in which I limit myself to 280 characters. But it kinda works!

After President Trump pardoned his former National Security Adviser, Lt. Gen. Michael Flynn, the Flynn family released a statement on Twitter. It reads, in part, “For four long years, our family and millions of American patriots stood arm-in-arm together with our brother, General Michael T. Flynn, fighting the vicious, deep-rooted corruption of government institutions and […]

(WATCH) Trump: “The honor of a lifetime”