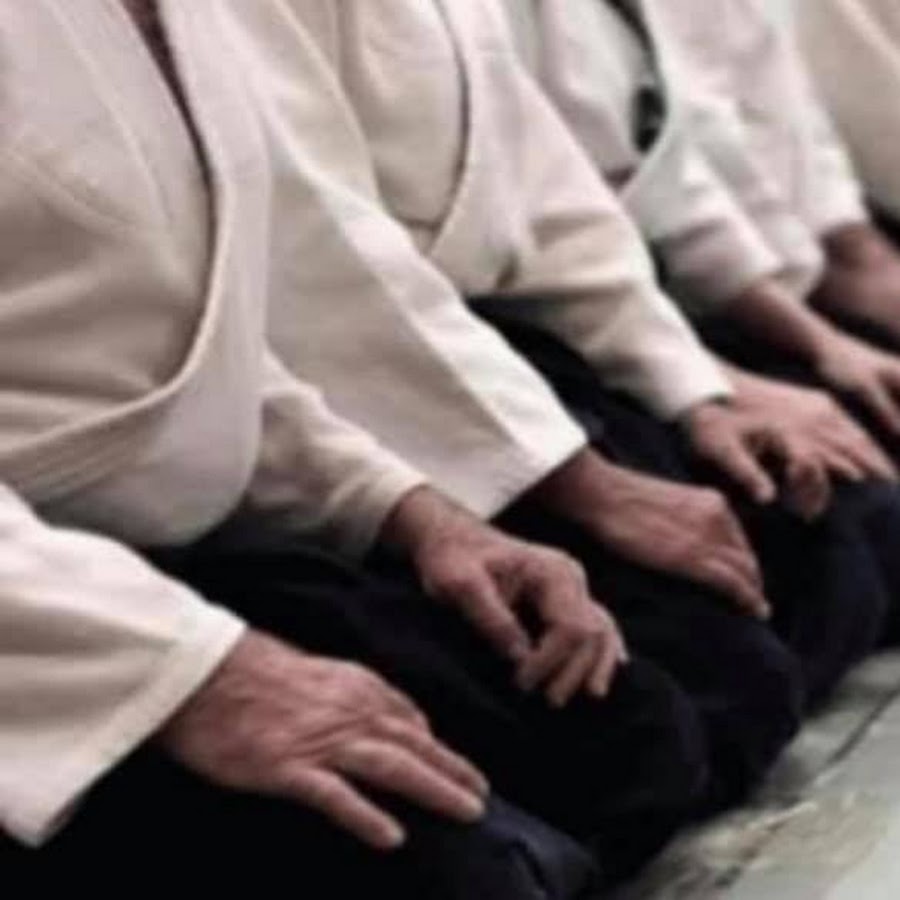 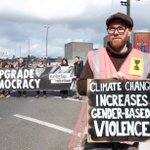 Preface. I have zero medical/pharmacological training. I am officially, “not an expert.” In 1995, I was working at a wilderness camp outside of Centerville, TN as a live-in counselor. I only held this job for a year and was fired for insubordination. The kids I had were ages 11-14 yrs old.

When i came in, I watched a new wave of Ritalin prescriptions invade my group’s beaches like it was Normandy. Behavior changes were immediate and parents would use the word “miracle”. My first released patient was a kid I will call “Jeffie.” He passed all of his exit interviews, and met all the requirements. He was sent home as my first check-mark in the “success” column. I had no authority over his diagnosis, i simply documented behavior and made sure no one killed anybody (including me).

Four months later, Jeffie assaulted his grandmother with some plumbing equipment. Had Jeffie stayed with me longer he would have undergone the following:

Several more months/years of wilderness therapy that basically works like this…
Child wakes up, goes to bathroom, gets in fight with other kid, struggle, group circle, verbal group session, continue. Repeat as needed. I was told to never touch a child unless it was an official PMAB (Physical Management of Aggressive Behavior). I was shown how to take their arms and cross them over their chest and place child on ground, apply pressure on back. I told the counselor who showed this to me we should call it a meat straightjacket. Not only did it constrict breathing but it made it the only time a child would ever feel physical touch a punishment. I asked how a child should be expected to react when they needed contact. The answer was we would not provide it for them. Anyways, the meat-jacket would calm them down eventually so they could get up and help us make breakfast. Breakfast sometimes was served at 11am due to this process.

The purpose of these morning exercises was to elicit a stress response. We called it “learning opportunities” but that’s not really how the brain works. We learn emotionally by what our brain feels better thinking about. We wanted to force their brain to rewire itself. I had to make it mentally uncomfortable to react poorly to the situation. Without the outburst, i missed a chance to stare the beast right in the eyes and confront it directly. The clinical psychologist says it’s the technique of intervention employed, but it’s really about the dopamine being generated in the right receptors.  Before Ritalin, this was the prescription: struggle induces conflict, conflict provides opportunity. Struggle. Resolve. Repeat. After a while on this cycle, a child could rise out of the ranks of this system and win their freedom. At the camp I worked at this was their only alternative to jail, or worse a legal committal.

In our struggle to understand and fix the Florida shooting situation. I want to remind everybody how all of these mass shooters are under medication. Remember, I don’t know sh%t about science, chemistry, or medicine. I was just a counselor who made meat straightjackets out of people like Jeffie. But if you watch youtube and look into vaccines since the early 90s. Some terrible things have started to happen. If you owned stock in pharmaceutical companies you made a killing during this period. Yes, i know… I don’t know sh%t about medicine.

I’m pretty sure if Jeffie was growing up today, he would labeled as a spectrum of autism. I contacted a local camp once to look into some software-induced therapy. I was told this isn’t a condition anymore, it is a person. Again, I have no children, i don’t know sh%t. But if we want to talk about the second amendment. Please consider the truth of this; there is a hidden second amendment and it is backed by a bureaucratic pyramid that i call the FDA. I could be ignorant, and it is more of a combination of the CDC or the AMA. Have i told you how little i know about these letters?

This is an excerpt from Big Pharma’s hidden constitution. You won’t find it in ink, you have to look between the FDA to see it:

From the Constitution of Big Pharma Article 2:
A well stocked Medicine cabinet, being necessary to the control of a slave State, the right of the corporations to keep and bear Pharmaceuticals, shall not be infringed.

Pharmaceutical create a codependency that can never be broken. You are telling the child the answer is outside of himself, and he is the problem. You can swear that is not true and you can draw me your own picture. But when Jeffie gets up, he is programmed to take a pill so he can be “normal.” I know what manipulation is. I know what codependency looks like. I am a master of fooling myself and others. I have learned to recognize the true root of evil. I can smell it, I hunt it. I am it’s new worst enemy.

Evil is the things we do without knowing it. And the conspiracy I point to is our very own ignorance.

Who should we be asking
Ask the nurse from Georgia I saw crying on a Facebook video. Still in her scrubs, sobbing to the camera because they wouldn’t let her come back to work tomorrow. She could not agree to inject herself with a lab-made organism kept alive on a crystalized version of strychnine with enough cancer-causing agents to take down an elephant.

Who knows what’s best for me? It’s an army of these nurses, counselors, teachers, and parents. Scouring books and medical records looking for the tiniest piece of a sliver of an answer. An answer that is buried under a pyramid. The single all-seeing-eye is a symbol for blindness. All of these field agents silenced by a collection of words on a legal paper. Let’s not forget what they tell us in school. That we are here by the chance of an accident. So if that is the truth from the scientists in washington what does that really mean?

We are a planet of apes, injecting each other with strychnine, insisting we know what we’re doing.

Vaccines pay for silence
My cat passed last fall and we were going in for a last-ditch surgery. I showed up at the clinic and the vet stopped me, “Bee-Bee Kitty needs a rabies shot before I can continue. I remember her saying using his full name. I stared right through her skin and into her heart. My thoughts burned through the bazillion atoms between us and she heard me say without speaking.

“If you are tell me my cat needs a chemical-preserved form of rabies before you can cut past his sweet whiskers I know you are not here to help him!” That doctor was so brave and empathic as she listened, she broke the law, took Bee-Bee Kitty into surgery. Bee-Bee died two hours later. But he didn’t die with or from rabies. She broke her own pyramid. The one she built her whole practice under. I will never forget her actions that day or the way she said my cat’s name.

Break the Pyramid
Take your power back. Say you’ve had enough of the pharma-induced dissonance. Research. Remember what the word “conspiracy” really means. It’s a checkpoint for questions. A penalty box for independent investigation. A chain around the neck of all that’s rational. Be that nurse on Facebook, be my cat’s doctor. Tell these people to go make their money elsewhere. Cures exist, my heart can hear them screaming. They are locked in a closet and protected by a board. The vaccines are sold everywhere. They are protected from legal negligence. Each of them require some kind of schedule or booster. You have to know they were designed that way on purpose.

Back to the Wilderness
Before the Ritalin, I was Jeffie’s human prescription of wilderness counselor. I was applied 24-hours a day and the cost was very expensive. Ritalin decreased the need for me and it checked all the boxes. Everyone involved with solving the behavior of Jeffie was getting a result for a lot less money. No one was out to hurt Jeffie. But no one was paying attention to the real health of their patient. I was fired from that job for multiple counts of hugging. My boss ran that place like a tank and he was a pro at checking the boxes. The facility closed about 7 years later. Before Ritalin stormed our campus, it was a listed as a Fortune 500 company.

How does BigPharma compare to the NRA
People claim the NRA is the biggest lobbyist in Washington. But it’s not even close. They are behind by a magnitude in the thousands. But what is up statistically? It’s gun violence and pharmaceutical lobbying they both go hand-in-hand. (Thanks @PaulGrimm20 for the graphic)

We are already drugged
I served on my town’s planning board. I saw the pyramid at work. A town dumps state-required agents into its supply without hesitation. To not obey would lose the town it’s charter. This is blind allegiance up the pyramid. There is no opportunity for scrutiny. I was told by our local Water Quality Manager on a tour of our state-of-the-art facility that pharmaceuticals can never be fully filtered. Everyone in your community takes them and eventually flushes them back into the system. The only way to remove them is by distillation. Man cannot survive on water without minerals. We are trapped inside the same controlled environment. There is literally nothing we can do to avoid them.

The FDA is BigPharma Kevlar
Citizens cannot sue #BigPharma. The FDA/AMA/CDC have prevented it. Pharma comes with its own diplomatic immunity. They can inject any citizen with anything for zero liability. What was every mass shooter packing? A product with an FDA seal of approval. America is New Jack City with a tie. Our war on drugs is the cover for business as usual. Stop defending these pharaohs. they have turned your trust into bondage.