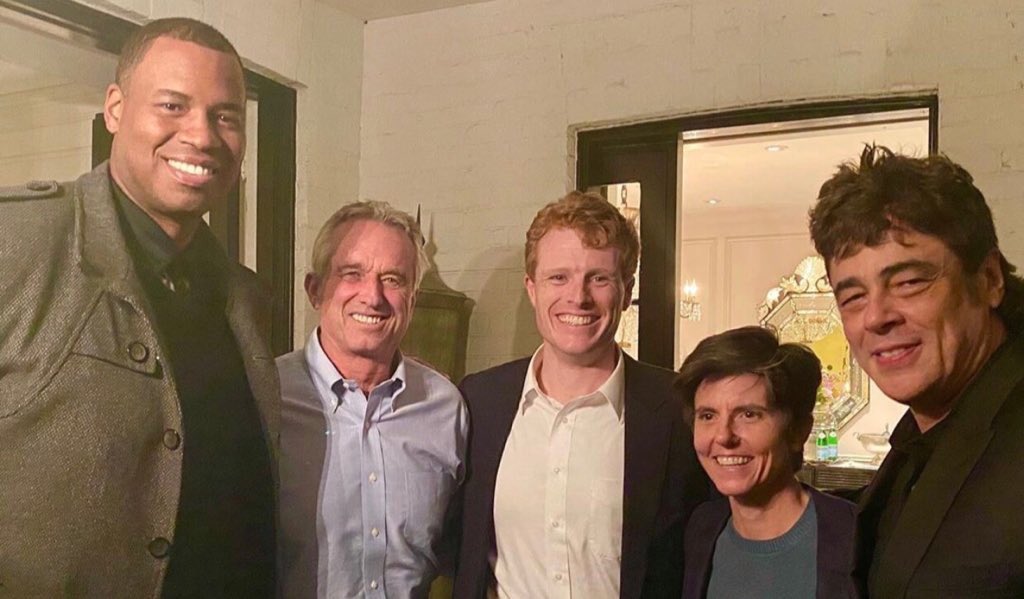 Robert F. Kennedy Jr. has a problem with Dr. Shiva Ayyadurai, which is hardly surprising. Dr. Shiva Ayyadurai is running for US Senate against RFK Jr.’s nephew, sitting congressman Joe Kennedy. While Dr. Ayyadurai has routinely criticized vaccines, Congressman Kennedy has routinely defended them. The following are the inconvenient facts Robert F. Kennedy Jr. ignores in his attacks on Dr. Ayyadurai:

1. Dr. Shiva Ayyadurai does not make vaccines, despite Kennedy’s assertions. Dr. Ayyadurai’s company CytoSolve is a software company that makes computer-based mathematical models of biological functions. Pfizer sought to use one of CytoSolve’s models and later reneged.

2. In contrast to Kennedy’s claim, Dr. Shiva Ayyadurai did not work for Bill Clinton. As a graduate student at MIT, Dr. Ayyadurai won an email classification contest cosponsored by the National Institute of Standards and the Executive Office of the White House when Clinton happened to be president. Dr. Ayyadurai has never taken money from the Clinton family and would never take money from them.

3. By contrast, Robert F. Kennedy Jr. has endorsed Hillary Clinton three times, twice for president during both the 2008 and 2016 election cycles and even supported her US Senate campaign in the 2000 election cycle. Hillary Clinton was a big proponent of vaccines throughout her 2016 candidacy and took money from Monsanto. She was also the largest recipient in pharma donations and her foundation received over a $150 million from the Gates Foundation to the Clinton Global Initiative. Dr. Shiva Ayyadurai strongly opposed her 2016 candidacy when Kennedy supported it. Dr. Ayyadurai never voted until Donald Trump ran for president.

5. The bottom line is that Dr. Shiva Ayyadurai is running for US Senate to end the “one-size-fits-all” federal vaccine program ratified by President Kennedy as well as the scheme shielding vaccine companies from liability that Senator Ted Kennedy co-sponsored. Dr. Ayyadurai’s opponent and Robert F. Kennedy Jr.’s nephew Joe Kennedy wants to keep that corrupt system going and even expand it. Likewise, Robert F. Kennedy Jr. has said he wants policies that encourage “full vaccination for all Americans” and wants to expand government involvement. All of this is public information yet it is mind-boggling that anyone considers him “anti-vaccine.”

Autism Investigated is a longtime witness of Robert F. Kennedy Jr.’s vaccine compromises. He chopped the entire section on autism out of his 2014 book that he ironically named, “Thimerosal: Let The Science Speak,” about the mercury-based vaccine preservative thimerosal and its toxicity. He only published the full book a year later after Autism Investigated posted the complete manuscript online without his consent.

Despite his call for “unity,” Kennedy refuses any partnership with others who will expose his hypocrisy. For example, Kennedy refused to collaborate with Autism Investigated with the following admission:

“I recognize the important value of your brand of uncompromising,“Take no prisoners” advocacy…but it’s not a good fit for our tactical approach.”

His “tactical approach” is now focused on fundraising for his nephew’s US Senate candidacy against Dr. Ayyadurai in Massachusetts, proving Robert F. Kennedy Jr. puts bloodlines over principles. He is also heavily influenced by Mark Blaxill of “Health Choice,” who has repeatedly thwarted congressional advocacy of vaccine injury activists, called tobacco science defending thimerosal “robust” and taken credit for other people’s work.

Compare who Robert F. Kennedy Jr. is supporting for US Senate to Dr. Ayyadurai’s own Senate platform, and the choice couldn’t be clearer. RFK Jr.’s nephew wants to keep the federal vaccine promotion and indemnity laws that RFK Jr.’s uncles ratified or co-sponsored. Dr. Ayyadurai has proposed a bill to specifically have those laws repealed, vaccine indemnity lifted and the vaccine program eliminated.

It’s clear to anyone what this smear campaign is all about.