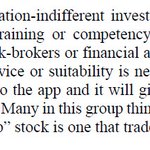 Einhorn on ETFs and passive investors 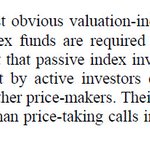 A Singapore-based subsidiary of Japanese trading giant Mitsubishi recently booked a $320 million loss after several unauthorized derivatives trades went sour, the company revealed in a press release Friday morning. The bank blamed the losses on a ‘rogue trader’ who allegedly manipulated the subsidiary’s risk-management system, allowing him to place massive derivatives bets on the price of oil and disguise them as hedges.

Though the bank didn’t release the trader’s name, according to the press release, he was fired earlier this week. The bank has since reported his actions to the local police.

The trader had allegedly been taking unauthorized derivatives positions since January, but he suffered heavy losses over the summer as oil prices fell. He reportedly occupied a relatively senior position, and was in charge of all transactions involving China for the subsidiary.

The bank launched an investigation into the traders’ positions while he was out of office in the middle of August. It soon discovered the unauthorized positions, and decided to unwind them immediately (it’s worth noting that the bank probably could have minimized losses if it had waited until Monday to unwind those positions, when prices spiked nearly 20% intraday).

Because the trader had manipulated the subsidiary’s risk-management system, he was able to make it look like the derivative trades were associated with customer orders.

As the FT points out, Mitsubishi made a $5 billion net profit last year, so the trading loss is more of an embarrassment than a threat to the bank’s survival.

But according to Bloomberg, the oil market has a long history of massive trading busts.

The incident is a reminder of the damage that a rogue trader can cause to a large financial institution, according to the FT. The Mitsubishi rogue trader will join a growing ‘rogues gallery’ that includes Société Générale’s Jérôme Kerviel, JPM’s “London Whale” (a.k.a. Bruno Iksil), and Barings’ Nick Leeson.

This is to inform you that Mitsubishi Corporation (hereinafter “MC”) can confirm that one of its subsidiaries based in Singapore has realized a previously unidentified loss from derivatives trading. Investigations are currently ongoing to determine all of the details, but what is known so far is outlined below.

MC recognizes the seriousness of this matter and shall be redoubling efforts throughout the entire MC Group to ensure that it does not happen again.

Petro-Diamond Singapore (Pte) Ltd. (hereinafter “PDS”), a subsidiary of MC that engages in the trade of crude oil and petroleum products, has confirmed that it expects to book a loss of approximately 320 million USD from its trade of crude oil derivatives.

Although PDS has already closed the position in question and determined how much was lost on the underlying derivatives, we are now examining the total amount of losses.

After recognizing that the transactions being investigated could result in a loss for PDS, MC and PDS immediately consulted with an outside lawyer and established an investigation team, including local outside experts, to gain an overall picture of the situation and identify the causes.

How the losses will impact MC’s forecast for FY2019 is under investigation and shall be announced if and when a performance review is necessary.

Further details with respect to the ongoing investigations shall be made accordingly.