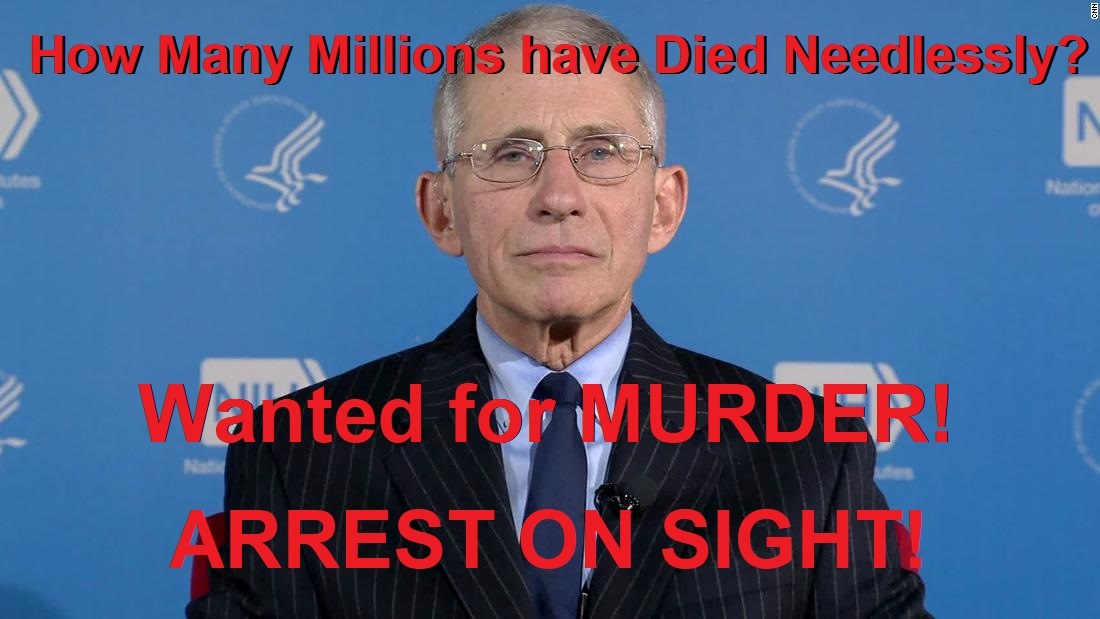 Putting his own life and career on the line, Yale epidemiologist Dr. Harvey Risch continues to make public media appearances exposing the hydroxychloroquine scandal, which he admits is responsible for the deaths of hundreds of thousands of Americans, and millions worldwide. He previously wrote an op-ed piece for Newsweek exposing the HCQ scandal. See:

Appearing on Fox News last night (Sunday, August 23, 2020) on the Mark Levin show, Dr. Risch explained how the FDA is also complicit with these mass murders, and that this is not the first time Anthony Fauci has withheld cheap, older and effective drugs from patients whose lives could have been saved, in exchange for waiting for a new drug instead that could be patented and marketed for great profit.

Dr. Risch explained that what Anthony Fauci has done recently by spearheading the move to ban HCQ which has now been used effectively by thousands of doctors worldwide to successfully treat COVID patients, many with 100% cure rates, he also did it in the 1980s with AIDS patients.

The FDA … has a history of not making science-based, rational-based, decisions about its approvals.

This was started most noticeably in 1987, when people with AIDS in New York City were dying of what is called pneumocystis pneumonia, PCP.

The clinical experience then had been amassed of a large number of cases who were prevented from dying by use of the antibiotic bactrim.

This is (another case where) even then there was a generic medication and cheap.

And activists obtained a meeting with Dr. Fauci and 15 of his selected scientists at the NIH, and asked Dr. Fauci just to make guidelines to physicians that they consider using bactrim to treat preventively AIDS people so that they wouldn’t die of this pneumonia.

He said, ‘I want randomized controlled blinded trial evidence. That’s my gold standard – that or nothing.’

The activists left and the NIH did not fund any randomized trials. They raised money themselves from their own AIDS patients to collect the data to do a randomized trial.

But it took them 2 years. They came back to Dr. Fauci.

During those 2 years, the FDA approved AZT as a treatment for AIDS.

AZT works, but not completely, it needs other medications as well.

During the two years that it took them to get this data to come back to Dr. Fauci to support using bactrim, 17,000 people with AIDS died because of Dr. Fauci’s insistence on not allowing even a statement supporting consideration of the use.

This has gone on before.

Now we have Dr. Fauci denying that any evidence exists of benefit. And that’s pervaded the FDA.

The FDA has relied on Dr. Fauci and his NIH advisory groups to make the statement saying that there is no benefit of using hydroxychloroquine in outpatients.

And this is counter to the facts of the case. The evidence is overwhelming.

The FDA has also said that there’s the harm of using these medications in outpatients and over-weighs the benefit.

And in fact they said this with no information and no evidence whatsoever of any harm in outpatient use.

And this is provable both by the fact that the FDA’s web page says as a warning against outpatient use by says it relies on inpatient hospital data, which means they don’t have any outpatient data.

As well as the fact that 90% of the cases of COVID this year have occurred since the time that the FDA restricted usage to inpatients only.

So the FDA knows that it has no data for outpatients and no data on harm, and yet it denied the Henry Ford petition for outpatient usage.

Dr. Fauci and the FDA are doing the same thing that was done in 1987.

And that’s led to the deaths of hundreds of thousands of Americans who could have been saved by usage of this drug.

And this is the same thing that the FDA has done. It’s outrageous!

Watch the video (thanks to Jim Hoft for putting this together):

Dr. Risch then goes on to say that everyone should be calling their Congressman and Senators to complain, and that is where we disagree.

That doesn’t work. These politicians serve the Globalists and Big Pharma.

Anthony Fauci is a mass-murderer who has never been brought to justice. If during a two-year period in the late 1980s 17,000 AIDS patients died needlessly due to Fauci’s refusal to allow a life saving drug, how many more around the world, especially in Africa where millions have died with AIDS, have also died?

At this point, there is only one way to save the republic, and that is to stop using the puppet government who serves the shadow government, which includes the judicial system, and start applying Constitutional law apart from the corrupt courts and judges.

There is now ample evidence to arrest Anthony Fauci, but don’t expect any district attorneys or local law enforcement officers to do this.

Citizens have the right, and the power, under the Constitution to make arrests, setup Grand Juries, try defendants, and render a verdict and punishment.

And in my opinion, Anthony Fauci should be the first one arrested and tried, for mass murder, or he will just keep doing what he has done for decades.