CHD's general counsel Mary Holland at the August 3rd Freedom Rally in Albany on vaccine mandates: "If the government can inject you with chemicals that you oppose, what can they not do?" 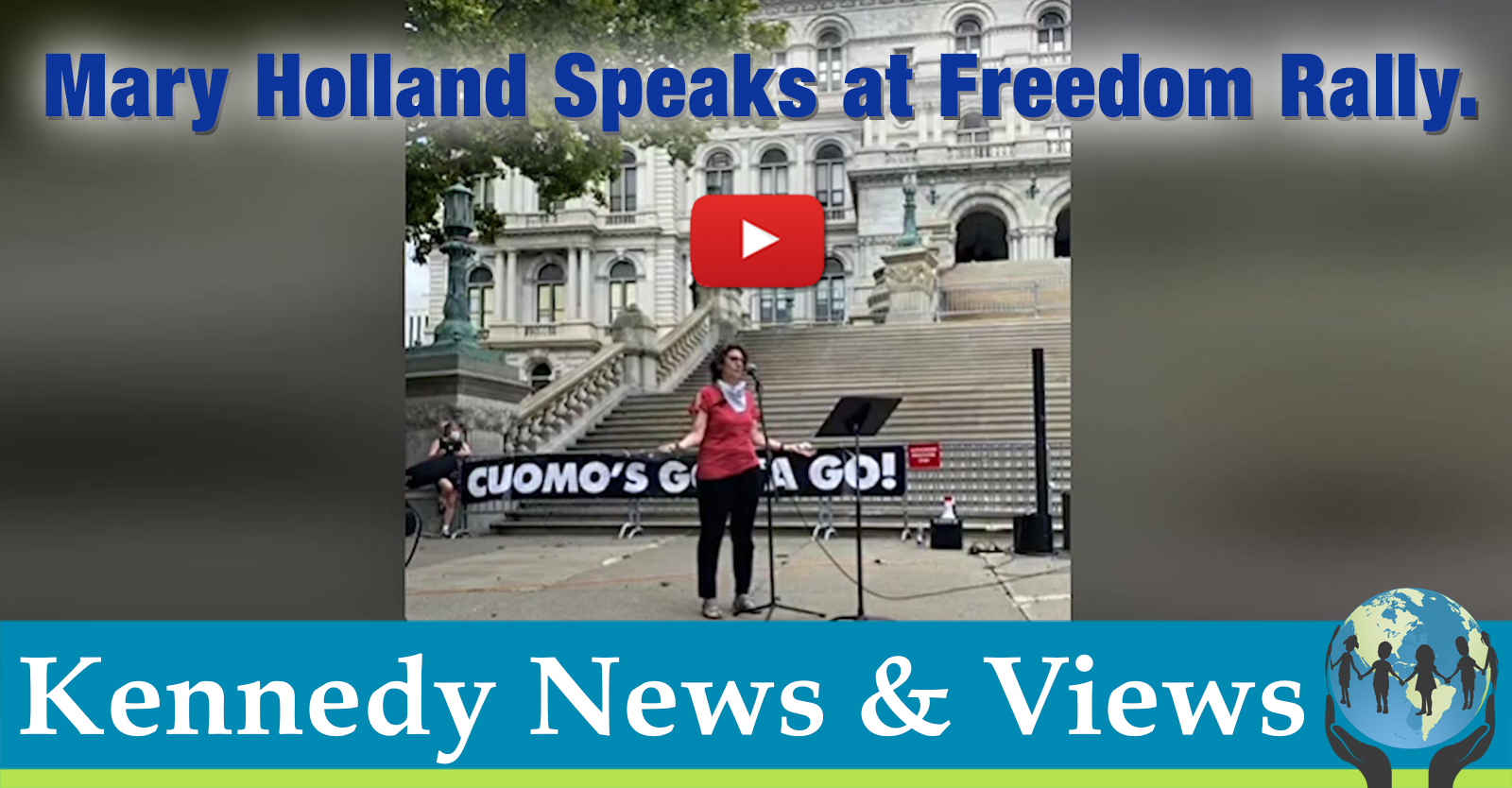 Judge Mackey rendered his decision today rejecting the families’ request for a temporary restraining order. While this decision is a set-back, it isn’t the final decision. The case will move forward with more decisions to come. There will be a preliminary injunction hearing in the near future. CHD will provide updates.

I have received a written decision from Albany County Supreme Court Justice L. Michael Mackey denying our request for a temporary restraining order [TRO or stay] against the force and effect of the religious exemption repeal.

Justice Mackey reasoned that other courts have upheld the state’s right to order mandatory vaccinations and concluded we had not met or carried the very high burden of demonstrating substantial likelihood of ultimate success on our claims, a burden which the party seeking a TRO must meet. That we may disagree is of no immediate moment.

The Justice set a further briefing schedule and expressed the view that if can demonstrate the merits of our case before him or another Judge, we will have time to do so before September and the extensive irreparable harm children will then suffer.

This is not the decision I had hoped for, but I recognize that getting a TRO against state legislation is very difficult. I hope that further development of all the issues will cause this or another Judge to preliminarily restrain the operation of this statute and I will be working on making that happen.