"... and tech has no Hillary to hide behind" cc: @HillaryClinton

35.Szabo reports to Twitter that some Hill figures are characterizing the laptop story as “tech’s Access Hollywood moment”:

Hi @vijaya is this true

23. The decision was made at the highest levels of the company, but without the knowledge of CEO Jack Dorsey, with former head of legal, policy and trust Vijaya Gadde playing a key role. 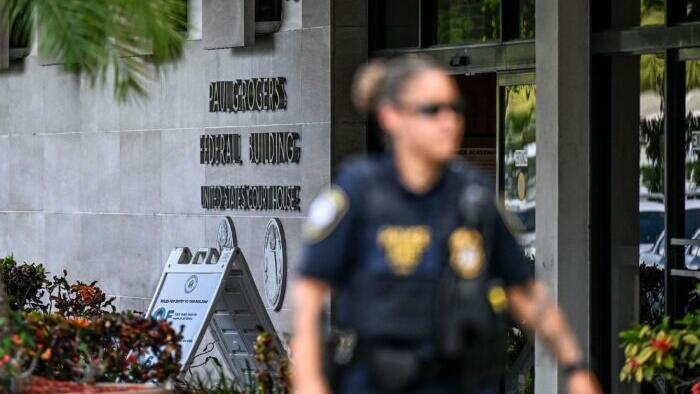 "Cannon had no jurisdiction..."

State University of New York at Oswego administrator has reprimanded a conservative student for delivering an “uncomfortable” speech during an “Open Mic” event last month.

According to an email obtained by Campus Reform, the school’s Alcohol and Other Drug Program Coordinator, Trisha DeWolf, contacted student Nicole Miller on May 2, stressing that some Open Mic attendees were disturbed by her presentation criticizing liberal intolerance on campus.

“It was brought to my attention that students were uncomfortable with the letter that Nicole read during open mic last week,” the official wrote in the email.

“While I am in support of your freedom of speech, I was implored to reach out you both by more than one student.”

“Anytime I receive a complaint I have to follow up,” she continued. “The unwritten policy has always been after one complaint, you receive a verbal warning and any complaint after than may result in being asked to not perform at open mic. I’ve already had to utilize this unwritten rule once this semester.”

The letter, which Miller read during the event at the school’s Lifestyle Center, describes the experience of a “conservative woman” on a “liberal campus” and criticises liberal students for their treatment of Republican classmates.

“I’ve been on this campus for almost 3 years now and let me tell you it’s been hard to show my beliefs here,” the letter reads. “I’ve heard horror stories from other conservatives on this campus about the brutal mental and emotional attacks on them. I’ve had them myself. It sickens me to death that the people that preach tolerance and acceptance of all people are so openly against us and our beliefs.”

The letter then summarizes some of Miller’s experiences on campus, including direct confrontations with liberal peers who allegedly scolded her for her views.

“I’ve heard many stories from others like me who were attacked for their beliefs,” she wrote. “People had their personal property destroyed, their own lives threatened, and administration has done nothing because [we’re] ‘Trump lovers.’”

“It sickens me to know that administration here cares so little about us being attacked for what we believe in but will praise any decisions the other side makes and send emails about that,” Miller added.

“The ‘tolerant left’ isn’t very tolerant when it comes to those their same age who have different beliefs.”

In her email to Miller, DeWolf outlined two issues with the presentation, stressing that she does not “want students to think that your views are that of the Lifestyles Center.”

“I don’t want situations like this to negatively impact the LSC or Open Mic,” she added, saying the event “is suppose [sic] to be fun way celebrate the end of the semester.”

“A few of our students were deeply hurt by some of your remarks (their words, not mine),” DeWolf continued. “Moving forward, there will be written guidelines for performers, which I hate to have to do.”

Miller responded to DeWolf’s email by defending her speech and stressing that she has a right to express her own opinion about the political climate on campus.

In an interview with Campus Reform, Miller said that she had attended about 25 open mic events over the course of the academic year, stressing that she would oppose any ban on future open mic nights because she doesn’t want other students to have their speech shut down.

“Looking back now, I’m glad I said something,” Miller said. “For far too long others could say their beliefs and no one spoke against them. Now I feel even prouder to be standing up for not only myself in this situation, but for those who agree with me but are scared to say something.”

SUNY Oswego College Republicans President Tyler Toomey also condemned the potential restrictions on free speech, but noted that he is “not surprised,” given that “many of our peers preach diversity and acceptance while they treat conservatives with contempt on a regular basis.”

DeWolf did not immediately respond to Campus Reform’s request for comment.