#5G technology relies primarily on the bandwidth of the millimeter wave, known to cause a painful burning sensation. It’s also been linked to eye and heart problems, suppressed immune function, genetic damage and #fertility problems. 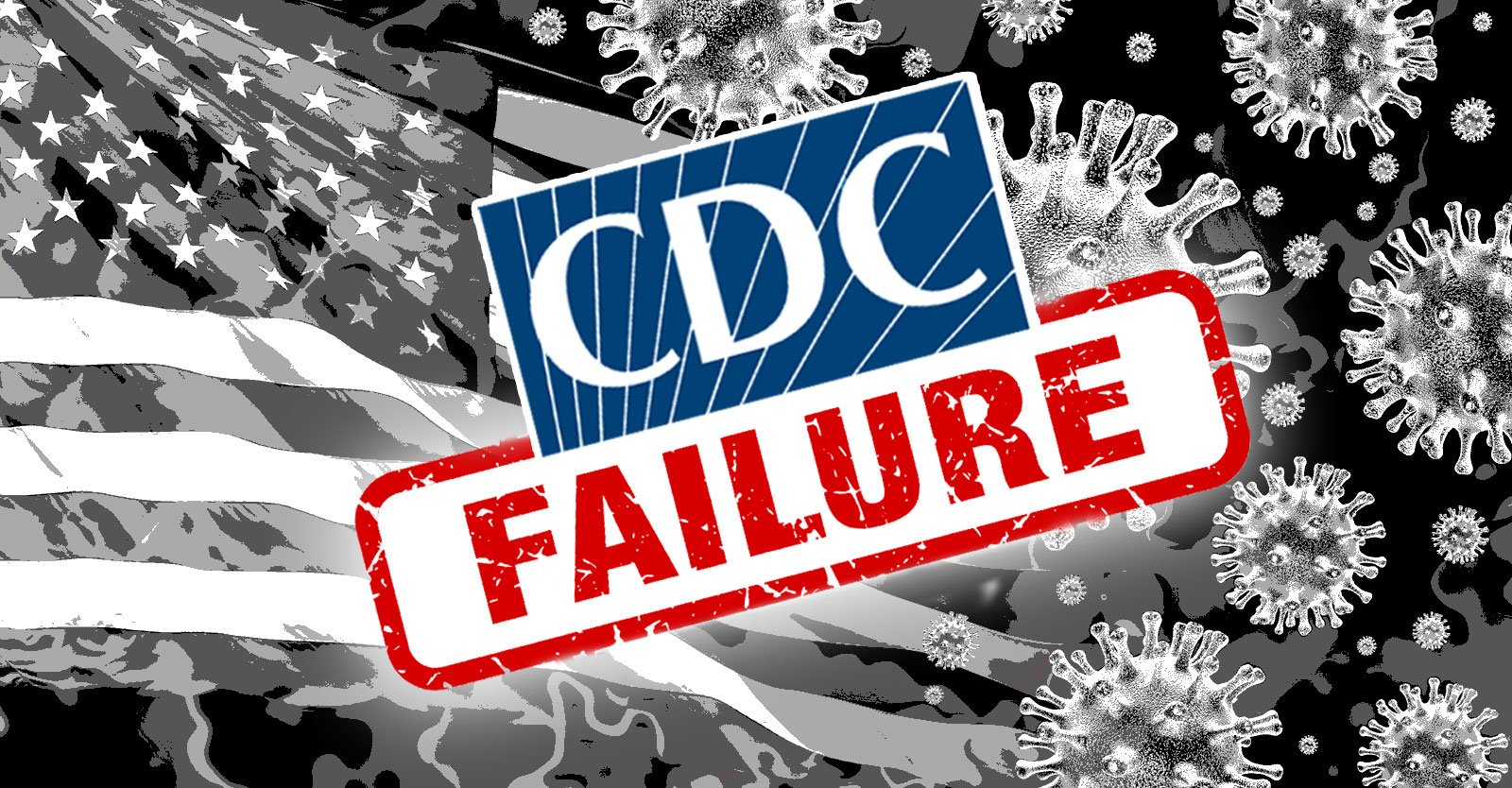 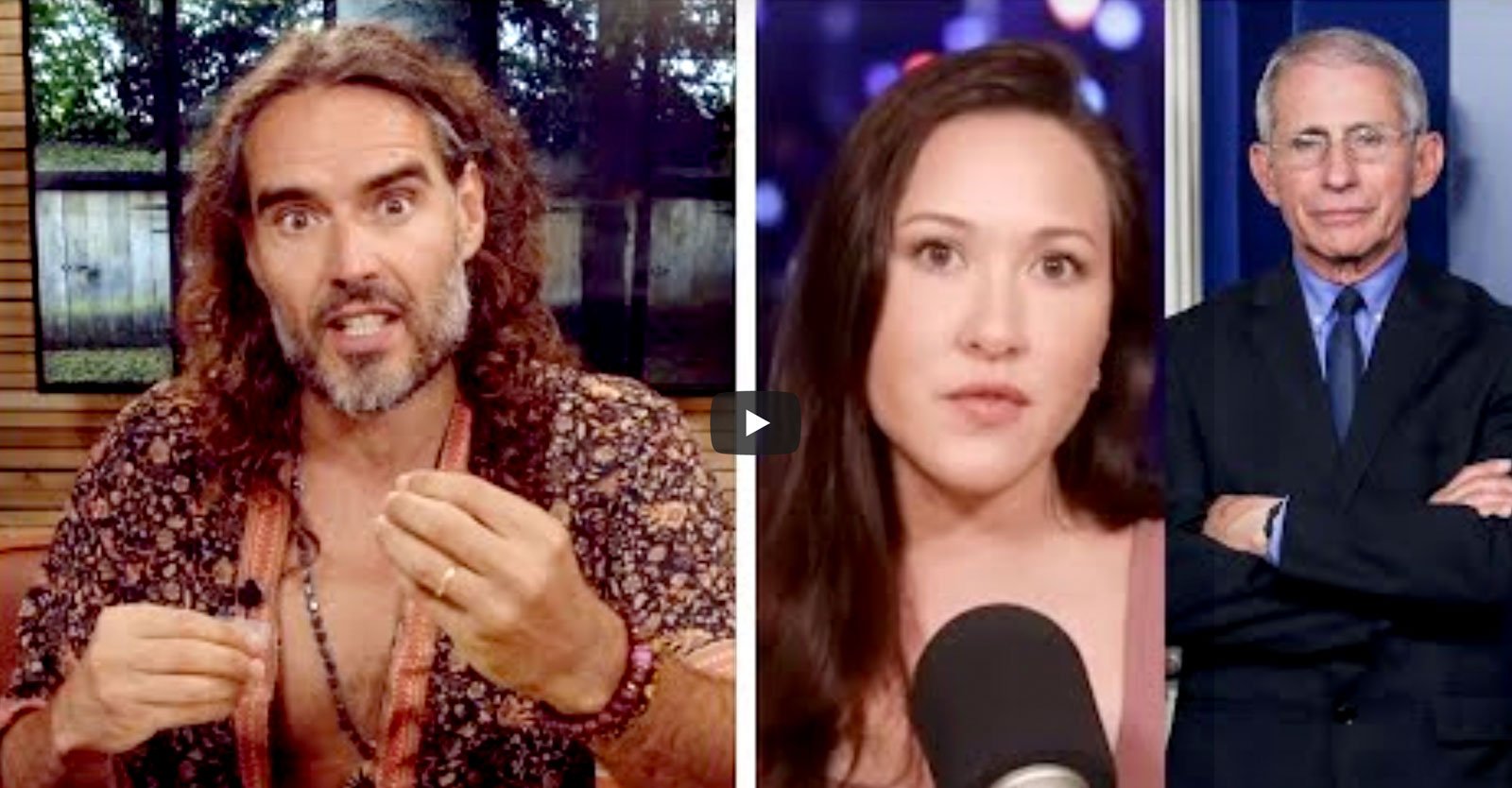 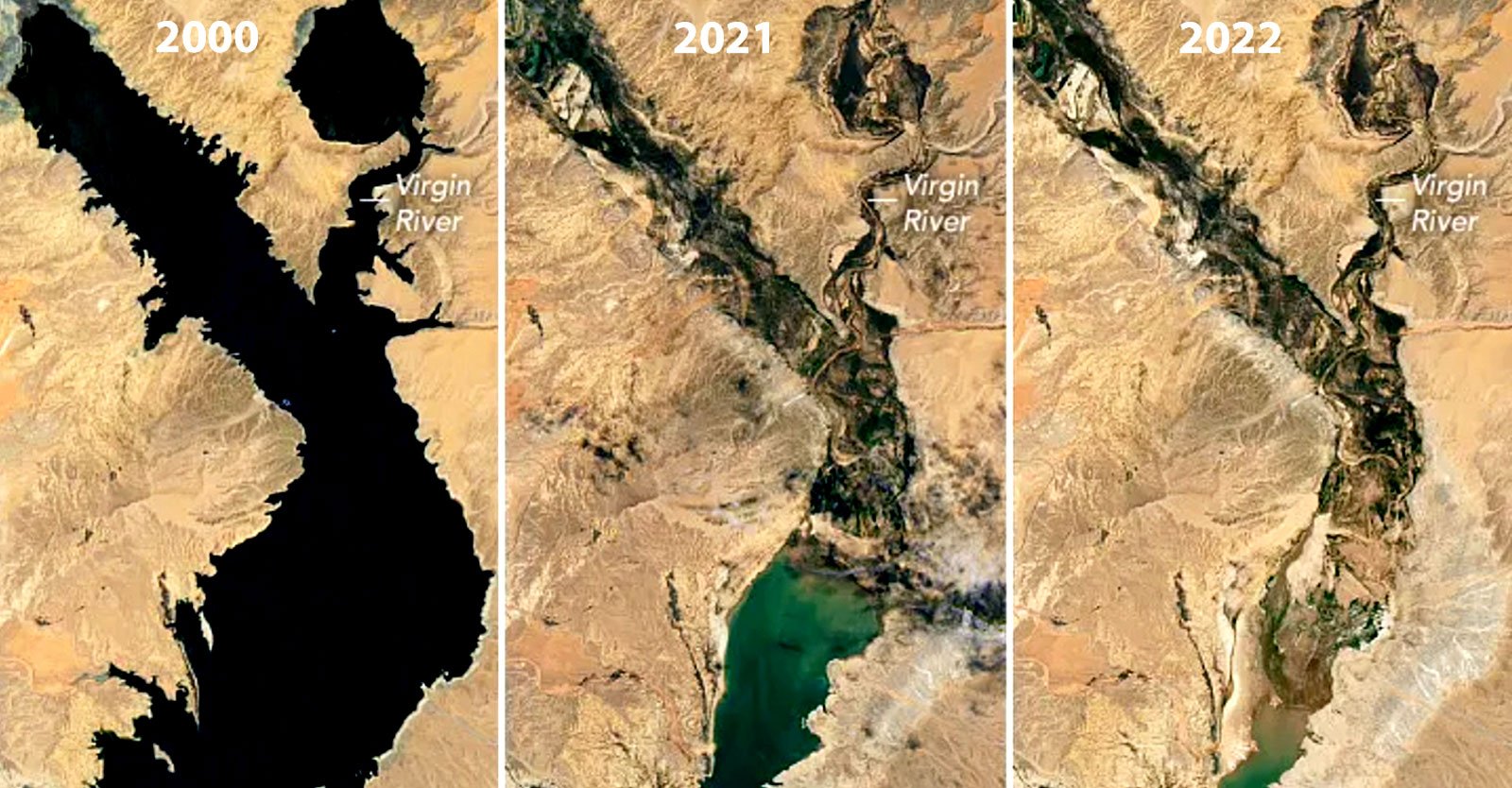 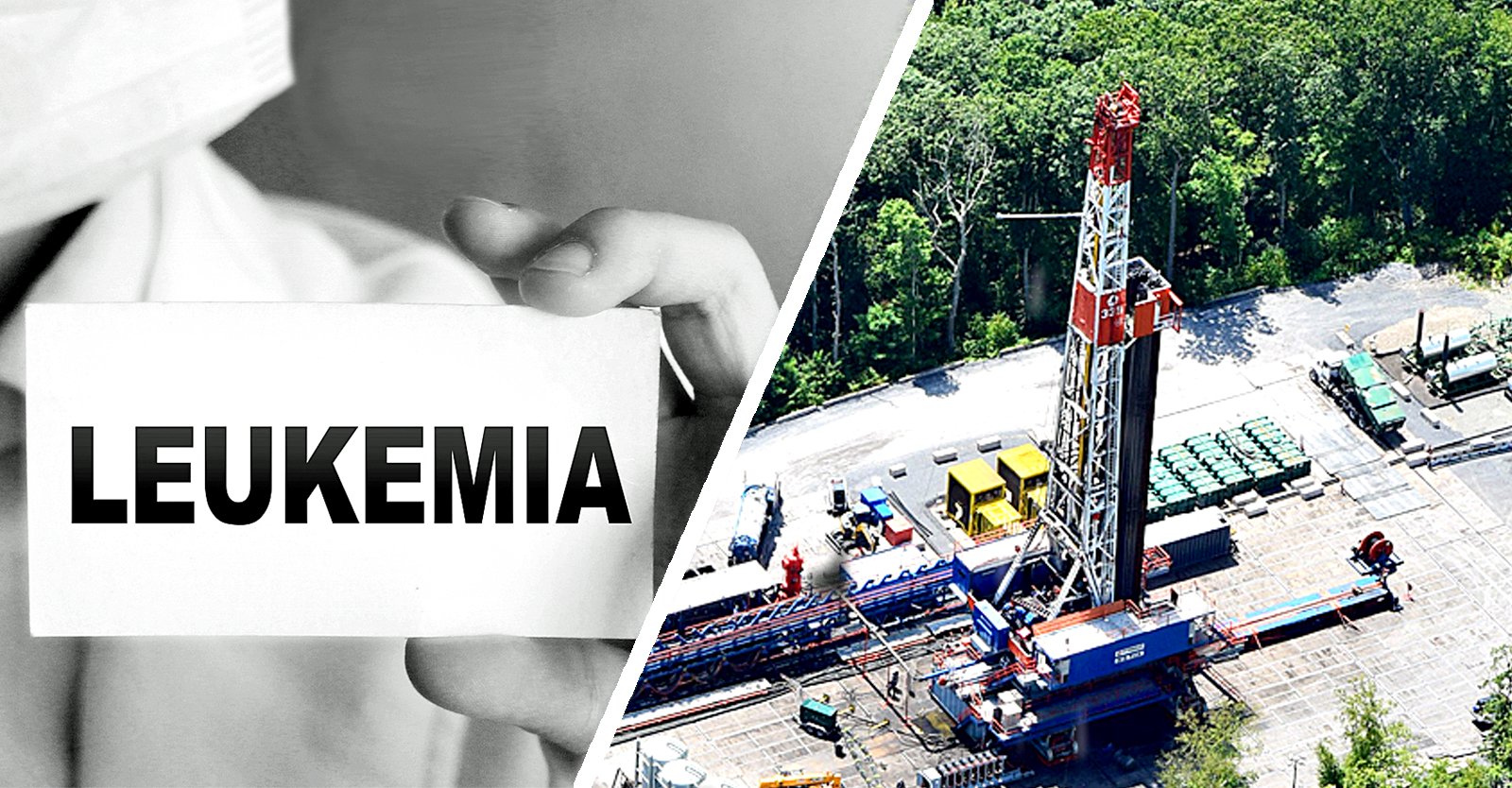 1. Civil engineers, not vaccines, produced the large gains in life expectancy over the 20th century.

Guyer et al. (2000) reviewed a century of annual vital statistics for the U.S. and found that about 90% of the decline in infectious disease mortality among U.S. children occurred before the introduction of mass vaccination campaigns. The large gains in life expectancy over the twentieth century were mostly the result of the construction  of water and sewer systems, improvements in food safety, hand washing, improvements in housing, and decreased crowding in U.S. cities.

2. Vaccines can and do cause injuries. In 1986, Congress gave liability protection to vaccine makers. The U.S. vaccine schedule has more than tripled since then.

(The Office of Special Masters within the United States Court of Federal Claims). Pharmaceutical companies do not even have to defend themselves — the U.S. Department of Health and Human Services stands in on their behalf. There is no jury and no discovery. With liability protection, pharmaceutical companies seek to add as many vaccines as possible to the schedule in order to increase profits. Children born in the 1940s, 1950s, or 1960s got 3 or 4 shots. Children born in the 1970s or 1980s got as many as 12. Today, the CDC recommends children get 53 shots with 74 different antigens by age 18.

3. None of the vaccines on the U.S. schedule were tested against an inert saline placebo in clinical trials.

applications for all of the vaccines currently on the national schedule and discovered that none of them used an inert saline placebo.

In 2013, the Institute of Medicine (now the National Academy of Medicine) studied the entire Childhood Immunization schedule and stated: “No studies have compared the differences in health outcomes… between

entirely unimmunized populations of children and fully immunized children… Furthermore, studies designed to examine the long-term effects of the cumulative number of vaccines have not been conducted.”

4. 54% of kids have at least one chronic illness (including ADHD, allergies, asthma, arthritis, autism, autoimmune disorders, cancer, diabetes, and obesity).

R.F. Kennedy, Jr. “The Sickest Generation: The Facts Behind the Children’s Health Crisis and Why It Needs to End”, ebook, childrenshealthdefense.org.

5. The CDC destroyed evidence that black boys are 3.36 times more likely to develop autism if they receive the MMR vaccine before age 3.

In August of 2014, CDC senior vaccine safety scientist, Dr. William Thompson, invoked federal whistleblower status and testified to Congressman William Posey that his vaccine branch supervisors had ordered him and other scientists to destroy data showing that black children were suffering disproportionate harm by the MMR vaccine.

Dr. Thompson issued a press release through his attorney stating, “I regret that my coauthors and I omitted statistically significant information in our 2004 article published in the journal Pediatrics. The omitted data suggested that African American males who received the MMR vaccine before age 36 months were at increased risk for autism.”

An estimated 156,000 African American children might have been spared debilitating neurological injury if the CDC scientists had told the truth when the increased risk was first known to them in 2001.

Dr. Gregory Poland at the Mayo Clinic states that “African Americans have much higher antibody responses to this viral vaccine, rubella, than we have seen in any other population.” He goes on to say that the dose given to African Americans is two times stronger than it needs to be and that this increases the risk of vaccine injury (video in the first link below).

In 2017, a study by a prestigious team of Scandinavian scientists found that the DTP vaccine, while protecting African children from Diphtheria, Tetanus and Pertussis, was wreaking havoc with their immune systems. Vaccinated children were dying at up to 10 times the rate of unvaccinated children.

A 2010 study in the Journal of Toxicology and Environmental Health showed that black boys were at significantly greater risk of regressing into autism after receiving the thimerosal-containing Hepatitis B vaccination series as infants.

In 1972, a government whistleblower, Peter Buxtun, told Senator Edward Kennedy, that for the previous forty years, beginning in 1932, the CDC and the U.S. Public Health Service conducted the so called “Tuskegee Experiment” to study the progression of untreated syphilis in impoverished African- American men in rural Alabama. According to the CDC, which took over the study in the early 1960s, none of 299 syphilitic sharecroppers were ever told they had the disease. The CDC purposefully withheld penicillin from the men and lobbied against their recruitment by the U.S. army which would have given them mandatory syphilis treatment. The agency actively prevented participants from accessing syphilis treatment programs elsewhere. CDC’s victims in that study included numerous men who died of syphilis, 40 wives who contracted the disease, and 19 children born with congenital syphilis.

8. The CDC recently experimented on low-income black and Hispanic infants without informing the parents.

Beginning in 1989, the CDC conducted an experiment on nearly 1,500 black and Hispanic infants in Los Angeles, using an unlicensed measles vaccine, without obtaining permission from the parents or disclosing that the drug was a high potency experimental vaccine. The CDC only halted its secret experiment in 1991 when companion clinical trials conducted on illiterate populations in Senegal, Guinea- Bissau, and Haiti showed increased death rates and severe immune system disorders among female infants who received the vaccine.

9. Autism rates are just the tip of the iceberg.

In the U.S., black children are 6x more likely to die of asthma than white children.

Black mothers die at more than 3x the rate of white mothers during childbirth.

10. We can and must stop these epidemics of chronic disease.

77% of parents have concerns about the bloated U.S. vaccine schedule. These are the CDC’s own numbers.

People must be able to control what goes into their bodies so religious, philosophical, and medical exemptions to vaccination must be preserved.

Childhood VaccinesFacts You Can Use