The Chinese city of Xiamen is conducting COVID tests on fresh fish. After photos and videos of health workers swabbing fish sparked ridicule online, the local outlet that covered its enforcement blurred the report on its ePaper. 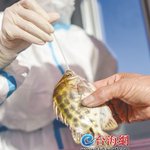 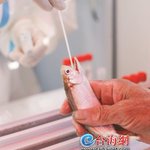 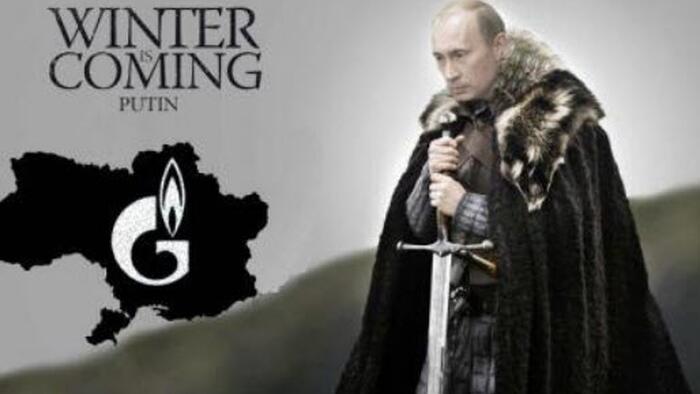 Europe looks a lot like a wasp’s nest at the end of summer – things may get substantially more painful...

Sweden Is On The Verge Of Going Completely Cashless: What Could Possibly Go Wrong?

Sweden is rapidly turning into a cashless society, which seems like the utopian dream of many a government figure.

What could possibly go wrong from the government’s point of view? Isn’t it ideal that they could soon digitally control every single person in the country?

Actually, quite a few things are going wrong. So much so that even members of the government are expressing concern.

Sweden is the most cashless society in the world

The change is happening fast in the European country.

…Sweden is widely regarded as the most cashless society on the planet. Most of the country’s bank branches have stopped handling cash; many shops, museums and restaurants now only accept plastic or mobile payments…

…Last year, the amount of cash in circulation in Sweden dropped to the lowest level since 1990 and is more than 40 per cent below its 2007 peak. The declines in 2016 and 2017 were the biggest on record…

…An annual survey by Insight Intelligence released last month found that only 25 per cent of Swedes paid in cash at least once a week in 2017, down from 63 per cent just four years ago. A full 36 per cent never use cash, or just pay with it once or twice a year. (source)

Cash is used so infrequently that the government of the country has demonstrated concern. And this isn’t just in the big cities. A source in rural Sweden tells me that even in his remote area, the push to go cashless is omnipresent.

What could possibly go wrong?

The folks of Sweden have so little use for cash that it’s predicted many stores will no longer even accept it by 2025. And according to an article in the Financial Post, the government is beginning to have second thoughts.

…The government is recalculating the societal costs of a cash-free future.

The financial authorities, who once embraced the trend, are asking banks to keep peddling notes and coins until the government can figure out what going cash-free means for young and old consumers. The central bank, which predicts cash may fade from Sweden, is testing a digital currency — an e-krona — to keep firm control of the money supply. Lawmakers are exploring the fate of online payments and bank accounts if an electrical grid fails or servers are thwarted by power failures, hackers or even war. (source)

And the potential of a down-grid situation isn’t the only problem. Older Swedes and immigrants who aren’t really involved in the digital society could have great difficulty making transactions.

Consumer groups say the shift leaves many retirees — a third of all Swedes are 55 or older — as well as some immigrants and people with disabilities at a disadvantage. They cannot easily gain access to electronic means for some goods and transactions, and rely on banks and their customer service. (source)

We all know some folks who eschew online banking and never use a debit card. Many of these people are senior citizens who aren’t ready to learn a new technology. As well, there’s a cost involved in taking part in a technological economy: smartphones, internet service, and computers are simply not a part of the lifestyle of many folks.

One group, the Swedish National Pensioners Organization, is attacking this issue by teaching classes to get them more comfortable with digital transactions.

“We have around 1 million people who aren’t comfortable using the computer, iPads or iPhones for banking,” said Christina Tallberg, 75, the group’s national president. “We aren’t against the digital movement, but we think it’s going a bit too fast.”

The organization has been raising money to teach retirees how to pay electronically, but, paradoxically, that good effort has been tripped up by an abundance of cash. When collections for training are taken in rural areas — and the seniors donate in cash — the pensioner in charge must drive miles to find a bank that will actually take the money, Tallberg said. About half of Sweden’s 1,400 bank branches no longer accept cash deposits.

“It’s more or less impossible, because the banks refuse to take cash,” she said. (source)

Just to emphasize…”the banks refuse to take cash.”  THE BANKS.

The reason given for the refusal to accept cash is that they wish to prevent recurrences of the violent robberies that took place in the early 2000s.

And of course, there’s concern of government control.

It seems rather ironic that it’s the government pointing out the possibility of trouble with government control in a cashless society, especially since they’re considering rolling out a new digital currency called the e-krona.

The central bank has plans to roll out a pilot version next year of a new type of Riksbank money — the digital krona, or e-krona — that could replace physical cash or at least help calm the current cash conundrum. An e-krona would mean that the functions of a currency backed by the state would remain, even in an all-digital world that is fast approaching.

If the government were in charge of the digital currency, the amount of control they’d have would be breathtaking. Could they simply make your digital currency invalid if you owed taxes or were suspected of a crime? Could they wipe out everyone’s online accounts in the event of some kind of bank holiday or economic collapse?

If the grid went down in a long-term way, all you’d saved would be lost forever. A short power outage would cripple communities. Every single purchase you make would leave a digital footprint, and huge amounts of personal data could be mined from it. And what about the possibility of online bank robberies carried out by hackers?

The list of things that could go wrong is infinite.

And of course, it all goes back to microchips.

Out of all the nations in the Western world, it seems that Sweden is the most enthusiastic about the embedding of microchips into humans “for convenience” purposes.

Recently, Adam Palmer wrote about how thousands of Swedes were voluntarily getting the chip for their own convenience.

The microchip “bypasses the need for cash, tickets, access cards, and even social media,” according to the Daily Mail…

…In June, 2017, SJ Rail, the Swedish train operator, announced that 100 people were using microchips for train rides, obviously indicating that the rail system was already set up to handle the payment system before anyone was ever microchipped.

For this system, passengers with a microchip in their hand have their ticket loaded directly onto the device and the train conductor can read the chip with a smartphone to confirm payment.

The Daily Mail paints the chip in a positive light, recounting the opinion of Szilvia Varszegi, 28, who said the chip “basically solves my problems.” The “problems” Ms. Varszegi is referring to is apparently the “problem” of manually purchasing a ticket or engaging in a phone-based transaction. (source)

Many readers expressed dismay, shock, and revulsion at the very idea of having a chip implanted in their bodies, and I’m with you. But we’re witnessing something important here. We’re watching an alarming glimpse at the future.

The endgame of complete control truly seems to be in sight as more and more Swedes go cashless.

Sweden Is On The Verge Of Going Completely Cashless: What Could Possibly Go Wrong?